The British Columbia government has launched a public inquiry into money laundering that is required to make its final report a few months ahead of the next scheduled provincial election.

“The timing of it is the timing of it,” said Premier John Horgan. “We felt that the best way forward was to collect information and ensure there was accountability.”

Over the past two years the government has commissioned three independent reports on money laundering and its effects on the province’s casinos, real estate sector, luxury car market and horse racing.

A report released last week estimated that $7.4 billion was laundered in B.C. last year, including about $5 billion that went into the housing market. That means money from illegal activities made up about two per cent of the provincial economy.

Cabinet appointed Austin F. Cullen, a B.C. Supreme Court justice, to head the inquiry. The terms of reference require him to make an interim report within 18 months and a final report by May 15, 2021. The next provincial election is scheduled for October that year.

“We have given him all the powers to compel testimony and gather evidence that his new office as commissioner allows under the Public Inquiry Act,” said Attorney General David Eby.

Some people refused to participate in the independent reviews conducted by Peter German and Maureen Maloney, Eby said. Cullen will have the power to seize records, obtain warrants and order testimony under oath.

Eby said he spoke with Bill Blair, the federal minister of border security and organized crime reduction, who has assured him that the federal government will fully cooperate with the inquiry. He noted federal agencies such as the Financial Transactions and Reports Analysis Centre of Canada, or FINTRAC, that’s supposed to protect against money laundering failed to do so.

Horgan said he received the same assurance from Prime Minister Justin Trudeau that the federal government would cooperate. “This is a national problem with an extraordinary focus here in British Columbia,” Horgan said.

“The inquiry will look at the broad scope of the problem, give us answers about who knew what and when,” Eby said.

Horgan said there have been many calls for a public inquiry into money laundering over the past two years. “We resisted that initially as we collected information because we wanted to make sure we were doing everything we could for the people of B.C. to demonstrate consequences for the actions of criminals in our economy.”

Finance Minister Carole James said that money laundering had caused the price of housing across the province to be five per cent higher on average than it otherwise would have been, but that the impact was even greater in Vancouver where it may have added as much as 20 per cent to the price of housing.

“That could mean all the difference in someone’s down payment or ability to get a mortgage,” James said. “It’s unacceptable to have a housing market that’s distorted and inflated by the proceeds of crime while ordinary British Columbians are struggling to find secure, affordable housing.”

Michael Lee, the BC Liberal critic for the attorney general, said it will be up to Cullen who to call as witnesses and what evidence to seek. “Now that the government has made the decision to put in place a public inquiry, BC Liberals will clearly cooperate with that inquiry,” he said.

“I know British Columbians are very concerned about money laundering and this inquiry from the government’s point of view addresses this concern. This is going to be a necessary process to go through at this time.”

Former minister of public safety and solicitor general Rich Coleman had responsibility for both gambling and law enforcement for many of the BC Liberal government’s 16 years in office. 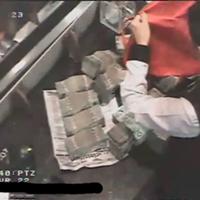 “I’ll be totally honest with them with anything I can give them that I’m allowed to disclose publicly,” he said. “I’m quite happy there’s an inquiry. We’ll finally get past this innuendo and let’s get down some facts.”

The BC Green caucus released a statement saying it had been calling for a public inquiry and supports the government’s announcement.

“A public inquiry into money laundering in B.C. removes the investigation from partisan influence, protects the public interest and restores public trust,” said Green Leader Andrew Weaver. “This process must be transparent whenever possible throughout the proceedings, and the findings and recommendations must be released in a timely manner.”

People deserve a full and complete account of how the problem went on for so long at such a large scale, as well as accountability for decisions that individuals and regulatory agencies made, Weaver said.

The B.C. government has already taken various steps to deter future money laundering, including introducing a new public registry to show who owns real estate in the province.