The Louis Bull, Samson, Ermineskin and Montana bands — all part of the Maskwacîs Cree community — had their own schools and saw benefits in a single system.

But merging the schools into one district would be a big change, with the potential for conflict. So the people involved had to figure out the best approach.

They based the process on the concept of Wahkohtowin, a deeply rooted Cree natural law belief about kinship and connectedness.

“One of the big main Cree natural laws is Wahkohtowin. It’s kind of central to a lot of other laws,” he said. “The way we used it for us, it was through dialogue we had early on in the development of our education authority.”

Wahkohtowin, with its emphasis on connectedness, valuing relationships and responsibility to others — in this case students — was the principle underlying the entire process, he said, used every step of the way.

Matthew Wildcat, Brian’s son and an instructor at the University of Alberta working on his PhD in political science, wrote a paper on the process titled Wahkohtowin in Action.

He set out the significant barriers the initiative faced.

“First Nations tend to think about their independence when offering services,” he noted. Living in “an ongoing settler-colonial state” heightens concern about ceding authority — even in a project with other bands.

Bands have different principles and there is a lack of venues to sort through differences, he added. In this case, there were also concerns the change would be used by the federal government to try and avoid its treaty responsibility for education.

Wahkohtowin offered a way to bring people together and overcome obstacles, he wrote.

And it continues to guide the school system, says Brian Wildcat. The importance of relationships and shared responsibilities is demonstrated by formal and informal efforts to engage everyone in the communities in guiding the schools.

“There are groups we’ve identified, and we have to engage with these groups throughout the year when they’re making policies and plans,” said Wildcat. “The intent is that the board is required to engage with the Chiefs, which we call the Chiefs’ circle.... We have the Elders’ council, and as part of that we have the Elders’ forum, and every year we meet with all the Elders in the community to talk about education. And we meet with the parents’ circle once a year... and we’ve been building a students’ leadership circle.”

The school system began operating in September, and Wildcat says it’s too early to judge its success. But he has noticed a lot of positive feedback from students and community members, and his take is that it’s functioning well — despite being cumbersome because of all the consultations involved. In the end, he said it’s worth the time and energy it takes to involve the community.

While some major meetings take place just once a year, there is ongoing engagement with groups all year long. Parents of children are kept in the loop, partly with the help of social media. The communications work for the school has been so intensive that they’ve had to hire three new people just for this role.

“I think what it did for us is it made it a community-driven activity.... Like when we did our consultations, we had 37 consultations and community information sessions over that three years, and then they were so valuable... and they were so important... that we said when we move to starting the organization, we would keep that process alive,” noted Wildcat.

“We won’t do as many as we did in the research and development part, but that’s kind of what drives this idea of Wahkohtowin-inspired governance,” he added.

“It’s hard to convey what an amazing accomplishment MESC was,” Wildcat said. “It’s easy to look at it and say it’s a no-brainer... but there were so many obstacles standing in the way.”

One of those obstacles, which Matthew Wildcat noted in his paper, was people’s fear that if they came together under one system, they would then lose their treaty right to education.

“Our anxieties about social death motivate us to take political positions that protect our sovereignty from dominant discourses that still do not treat Indigenous sovereignty as legitimate,” he wrote.

In reality, Wildcat writes, the four bands are actually defining exactly how their right to education can be used.

During the process of creating the Wahkohtowin-based system, they relied on foundational statements dictating all decisions would be made “following the guiding principle of Wahkotowin based on the fact that all Maskwacîsak are related and connected to each other and reside on traditional Maskwacîs territory.” 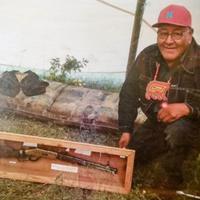 And they even drafted an official agreement — the Maskwacîs Cree Declaration on Education. Formalizing their process was a significant way of mitigating any potential criticism from the federal government, according to Wildcat’s paper.

“When this was created, and was successful, a bunch of people came knocking on our door, and said ‘What the heck did you do to get everyone on board?’.... There’s probably six or seven regions where they have not been successful doing this,” said Wildcat.

“We have to build actual organizations which are super effective at going and providing for communities.... That’s a really important part of Indigenous sovereignty and one that I think gets neglected in these bigger questions of land and rights, and jurisdictions,” he added.