The opioid epidemic has not been a major issue in a civic election focused almost exclusively on housing. Yet two left-leaning candidates vying to replace Robertson on Oct. 20 have made it increasingly central to their election campaigns. At a recent debate, independent candidate and former NDP MP Kennedy Stewart said “we had a mass murder [with opioids] and we don’t talk about this.” He’s promised to create an emergency task force on overdoses. His main progressive competitor for mayor, independent candidate Shauna Sylvester, notes “we are in the midst of an opioid poisoning crisis.” And she’s said, “I do support the decriminalization of drug possession.”

Over the past week I reached out to three experts on the frontlines of the crisis to understand why fatal drug overdoses remain so high, and what Vancouver’s next mayor could do immediately to lower them. These experts told me that of all the candidates campaigning for mayor, Stewart and Sylvester seem to have the most developed policies on drug overdoses. Yet they argued even these two candidates’ platforms may fall short of what’s needed to address the crisis: an unequivocal commitment to decriminalizing hard drugs and concrete steps for achieving it.

“Various politicians say the right words but in fact very little is happening,” Garth Mullins, a harm reduction activist who works with groups such as the Vancouver Area Network of Drug Users and the British Columbia Association for People on Methadone, told me. “People are dying because drugs are illegal.”

Vancouver is undoubtedly the epicentre of an opioid crisis that in recent years has spread to many communities across Canada. Yet the city is also on the vanguard of solutions. Organizations such as Crosstown Clinic give clean prescription heroin to drug addicts. The Vision Vancouver government several years ago decided to allow pop-up overdose prevention sites in the city to openly operate. “That was a pretty big deal,” Travis Lupick, the Vancouver-based author of Fighting For Space: How a Group of Drug Users Transformed One City’s Struggle with Addiction and a contributor to the Georgia Straight, told me. Yet these types of solutions “are just a finger in the dike,” he said. “At some [point] we need to begin talking about how to actually repair the dike.”

Mayor Robertson tried to start that conversation earlier this year. In March, the city urged the Government of Canada to drop legal penalties for personal possession of drugs. “We are witnessing a horrific and preventable loss of life as a poisoned drug supply continues to kill our neighbours, friends and family,” Robertson said. Activists such as Mullins see decriminalization as a crucial step in removing stigma around hard drug use and making it easier for people to get treatment. “You can’t solve this with arrests,” he said. “Let’s stop arresting people for possessing drugs.”

Robertson repeated the call for decriminalization in April. In August, he called on the federal government to make clean and legal opioids available. But the Liberal government of Justin Trudeau doesn’t seem to be interested. “We are not looking to decriminalize or legalize all illegal drugs,” a spokesperson for Health Canada told the Georgia Straight. Given that Canada’s drug penalties fall under federal jurisdiction, that would appear to settle the issue. Yet there are several concrete steps Vancouver’s next mayor could take to push decriminalization.

One of the first could be to instruct the Vancouver Police Department to make possession-related arrests a lower priority for law enforcement officers. “That would be within Vancouver’s authority,” Lupick argued. “There’s a pretty strong precedent. Vancouver did this with marijuana over the last decade.” Mullins said this could have immediate public health benefits. “Arrests are incredibly disruptive to someone using drugs and potentially life threatening,” he said. Addicts can go into withdrawal. They may lose connections to trusted dealers. Their drug tolerance might go down. This can make you “much more ready for an overdose,” he said.

A new Vancouver mayor who is seriously committed to ending the opioid crisis could also revaluate the city’s police budget. “The amount of funding that goes into policing in this city is pretty wild,” said Caitlin Shane, a staff lawyer at Pivot Legal Society and an expert on drug policy. Last year the police department requested almost $285 million, which is one-fifth of the entire municipal budget. Part of that included a new $700,000 facility for testing evidence contaminated by fentanyl — which activist Aiyanas Ormond called “wasteful and unnecessary.” “Money could be spent so much better,” Shane said. “It could go towards health services, housing, overdose prevention sites, harm reduction, paying workers on the front lines.” 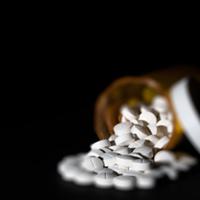 The city could also push to change federal drugs laws. One way to go about this could be to request federal permission to run a decriminalization pilot project in Vancouver. “It’s not clear to me whether they would succeed, whether the federal government would approve an application to do that,” Shane explained. “But it’s something they could try.” This could help move debate forward on the crisis and open up possibilities for solving it. She said few politicians are willing to have the discussion. “It’s hard to find someone who will commit to these kinds of concrete projects. There’s a tendency to talk about things broadly and generally,” she said.

Meanwhile people are dying of fatal drug overdoses in record numbers. And the message government inaction sends to drug users is that their lives don’t matter. “Once you become a drug user we seem to care about you a lot less than we care about other humans,” Lupick said. Mullins said the solutions are obvious to people on the frontlines of the crisis: stop locking drug users up for personal possession and do everything possible to ensure that they have a safe and clean drug supply.

A new mayor and city council pursuing these goals could make a big difference to the crisis. “This is not something that’s a popularity contest,” Mullins said. “We don’t have a referendum to see if we should have a medical response to [outbreaks like] SARS, you just do it, it’s an emergency.... If you’re doing it right, it’s happening fast.”