The British Columbia government is considering legal action against the makers of opioid drugs similar to lawsuits governments have launched against tobacco companies.

“Certainly I’m of the opinion that there’s liability, and there should be liability, on the part of certain pharmaceutical actors that have promoted these products,” Attorney General David Eby said. “It’s an option that’s available to us that’s been taken in the past around tobacco and it’s certainly something we’re engaging with.”

At least 22 U.S. states have filed lawsuits against Purdue Pharma LP, the maker of OxyContin and OxyNEO, and at least three more have said they are preparing cases.

One state, Florida, is suing eight other drug makers and distributors as well as Purdue.

Staff in the B.C. Attorney General’s ministry are closely monitoring the U.S. lawsuits, Eby said. “The American cases are moving quite quickly, so we’re watching right now and we’re trying to decide what the best way is, what the most appropriate way is, or if there’s an appropriate way, for B.C. to be involved in this.”

A spokesperson for Purdue Pharma (Canada) provided a statement saying the Canadian company is associated with the U.S. one, but that they are operated independently.

“Purdue Pharma (Canada) has always marketed its products in line with the Health Canada approved product monograph and in compliance with all relevant rules, regulations and codes, including the Food and Drugs Act and the Pharmaceutical Advertising Advisory Board (PAAB) Code,” it said.

Prescription opioids are safe and effective for patients who are appropriately selected and monitored, but come with some risks, including addiction, the statement said. “Unfortunately, misuse and abuse and diversion of pain medications can lead to tragic consequences, including addiction, overdose and death.”

Those risks, common to all prescription opioids, are clearly outlined in the information the company includes in its product monographs and in its discussions with healthcare professionals, it said. “This complex public health issue is a matter of deep concern to Purdue Pharma (Canada). All stakeholders, including the pharmaceutical industry, have a role to play in providing practical and sustainable solutions.”

A group of doctors and academics associated with several Canadian universities has been urging the federal and provincial governments to launch a criminal investigation into the marketing of opioids in Canada and to use any funds recovered from opioid manufacturers to compensate victims.

“We haven’t heard anything substantial from any level of government,” said Joel Lexchin, a Toronto emergency room physician who signed the letter, in an interview earlier this month.

After hearing about Eby’s comments, Lexchin said he was “mildly encouraged” but would like to hear a solid plan for action with a timeline.

Speaking earlier in the month, Lexchin said, “We think the provincial governments should be going after Purdue and the other companies that marketed opioids to recover the costs.”

Public drug plans paid for opioids that were inappropriately prescribed and governments paid to treat people who became addicted, he said.

There are reasonable times to prescribe an opioid, said Lexchin who previously taught health policy at York University. They are useful for treating acute pain such as for a kidney stone or a broken limb, where people will take them for a week or less. It’s also reasonable to prescribe them to someone with terminal cancer, he said.

Purdue, however, pushed to have its product more widely used despite the risk involved, Lexchin said. “Purdue, when it started to produce OxyContin, aggressively marketed it for all kinds of pain. Chronic non-cancer pain, acute pain, and the number of prescriptions for opioids went up quite dramatically, at least in Ontario where I’ve seen the data.”

In Canada, the company paid doctors to give talks, placed journal advertisements that were misleading and distributed textbooks on pain management that it had produced, he said.

“The drug companies make money through volume of sales and it’s in their interests to present the drug that they’re making in the most positive light, which means hyping up the benefits and minimizing the side effects,” he said.

“Anything that Purdue produces is probably going to have that tendency, which gives students the wrong idea about how to use opioid medications. Purdue’s more interested in my view in more volume of use rather than safer use.”

Some 4,000 Canadians died from opioid related overdoses in 2017, many of them poisoned by illegal drugs laced with fentanyl or carfentanil. 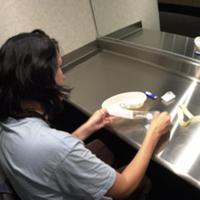 In 2016, B.C.’s provincial health officer declared a state of emergency due to the rise in the number of overdoses and deaths. In March, the most recent for which figures are available, 161 people in the province died of overdoses, the second-highest monthly number on record.

Lexchin said many of the people buying illegal opioids previously received them legally after getting a prescription from a doctor. “You have this situation where first you get people addicted to prescription opioids, and then they transition to the illegal opioids,” he said.

“I think that Purdue clearly downplayed the risks of addiction and from what I’ve read of the literature from the United States, Purdue knew, or if it didn’t know only didn’t know because it closed its eyes, that large numbers of people were becoming addicted.”

Holding companies legally responsible is important, Lexchin said. “I think it sends a message, not just to Purdue but to other companies, that this kind of behaviour will not be tolerated in the future.”

“There’s much more that I think needs to be done specifically around opioids, but taking criminal action hopefully sends a message both to the companies and the general public about what Purdue and others have done.”