Based on Kennedy Stewart’s academic background, it would seem as if the 51-year-old, two-term NDP Member of Parliament for the B.C. riding of Burnaby South was gearing up to enter politics at the municipal level.

His 1995 master’s thesis in political science from Simon Fraser University focused on every civic election in the history of Vancouver and Winnipeg. His doctoral dissertation in government from the London School of Economics, eight years later, looked at how local electoral politics plays out in such major world cities as New York and London.

Stewart will finally get a hands-on chance to experience the trenches of Vancouver civic politics after he announced on Thursday that he will run as an independent to become the city’s next mayor.

With one-bedroom apartments averaging $1,700 a month in B.C.’s largest city, affordable housing will figure prominently in his campaign.

“I’m a renter, and rent prices are astronomical,” said Stewart, who noted that he pays “way too much” for the two-bedroom condo that he and his wife, Jeanette Ashe, a political scientist, rent in downtown Vancouver.

“What’s happening is that not only are people unable to afford rent, but employers are pulling out of here because they can’t pay the wages people need to live here. 75 per cent of the city is in crisis when it comes to housing.”

He believes Vancouver’s 10-year target of adding 17,000 units for families earning under $80,000 (and individuals less than $50,000) a year is “not ambitious enough,” and that he would explore other avenues for adding more rental, rent-to-own and co-op options for the city’s residents.

Stewart said he would aim to keep Vancouver’s economy growing and shrink the divide between “billionaires and the rest of us,” and maintain his opposition to Kinder Morgan’s Trans Mountain pipeline expansion project. (On Monday, he will learn whether the civil contempt charge he faces from a civil disobedience action in March against that project will migrate to a non-indictable criminal contempt charge.)

The Halifax-born federal parliamentarian said he would also seek advice from safe-consumption sites as to how best to address the opioid crisis that continues to claim lives in Vancouver.

Stewart plans to resign his House of Commons seat prior to officially registering his candidacy for mayor in September, and will use the months before to solicit support from likeminded progressive voters and the civic electoral organizations that represent them.

One of those is the Coalition of Progressive Electors (COPE), which has yet to endorse him. But co-chair Connie Hubbs was relieved that Stewart chose not to run under the banner of Vision Vancouver, which she feels is too close to the real-estate development community.

“On the left, he’s a bit of a hero,” Hubbs said. “Most people are opposed to the expansion of the Kinder Morgan pipeline, and the fact that he was willing to put himself on the line was reminiscent of the days of Svend Robinson on the barricades.”

(Robinson, a former NDP MP for the former riding of Burnaby-Douglas — portions of which are in Stewart’s riding — was arrested in 1993 while participating in a civil-disobedience action to stop logging at Clayoquot Sound on the west coast of Vancouver Island, and was given a 14-day sentence for criminal contempt of court.)

Jean Swanson, an independent candidate in last October’s byelection for city council who received a COPE endorsement, welcomes Stewart’s opposition to Trans Mountain. However, she is unsure about his position on Vancouver’s housing crisis.

“We need to get tons of non-market housing and need to stop demovictions, and there are huge numbers of demovictions happening in his riding, and I’m not aware of him speaking out on it,” said Swanson, who heads the City We Need “people’s platform” that proposes several policies for candidates and voters to consider in the Oct. 20 civic election.

One of the platform’s policies addresses housing and calls for a four-year freeze on rent.

OneCity Vancouver, formed in 2014, is also taking a wait-and-see approach with Stewart.

Nathan Cullen, the New Democrat MP for Skeena-Bulkley Valley, expects that once Vancouverites come to know his caucus colleague, they will find him to be “a very warm and a very smart guy.”

Cullen, who serves as B.C. liaison in the federal NDP caucus, also believes that Stewart’s calm disposition is well-suited to the “hotbed” of Vancouver politics.

“He doesn’t jump at the first shiny object, and has a way of bringing folks together,” Cullen said. “The centre-left and left are going to need a unifying candidate who’s smart and able to hold people together to win the mayoralty. Kennedy is well-respected by the environmental community. He’s got obvious chops in the academic and thinking crowd in the city, and has earned respect of Liberals, New Democrats and Greens for his work. That is, politically speaking, the holy trinity you need.”

He and fellow independent-minded MPs Michael Chong of the Conservatives and Liberal Scott Simms co-edited a book, entitled Turning Parliament Inside Out: Practical Ideas for Reforming Canada’s Democracy, which was released last year. (Proceeds from the sale of the book were donated to Samara Canada, a non-partisan organization that promotes increased civic engagement.) 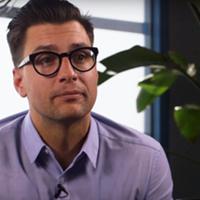 Sorry, Vancouver, It Will Forever Be Your Grandfather's NPA

In 2014, Stewart’s private member’s motion to bring electronic petitioning to Canada passed the House of Commons by a razor-thin 142-140 margin with the support of eight Tory MPs.

As he recounted in his “Empowering the Backbench” chapter in the book, Stewart wrote that he heard then-Prime Minister Stephen Harper turn to his House leader, Peter Van Loan, and yell in disbelief, “What the fuck happened?”

It was the only time Harper lost a vote during his four-year majority government.

The adoption of Stewart’s motion (has resulted in more than one million names affixed to e-petitions to Parliament on subjects ranging from the safe transportation of farm animals to allowing teenagers to become legal members of not-for-profit corporations. A petition tabled in the House on Thursday calls on the Commons to pass legislation to modernize the Canadian Environmental Protection Act, 1999, to include “stronger protections from toxic exposures, enforceable national air quality standards, recognition of the basic human right to a healthy environment, as well as adequate protection for vulnerable populations.”