Liquor servers in B.C. will be entitled to the same minimum wage as other workers within the next three years, but farm workers will have to wait a little longer.

The increases are based on the recommendations of the Fair Wages Commission, said Labour Minister Harry Bains. “We’re implementing — except with the farmworkers we’re taking a little more time, about six months, to get a little extra information.”

Liquor servers can currently be paid $1.25 less per hour than other workers. Over a series of four annual increases starting on June 1 this year that gap will close.

Noting that 82 per cent of liquor servers are women, Bains said, “I believe [the lower wage] is discriminatory, and I believe we need to fix it.”

We’re thrilled that freelancer Rachel Sanders is a finalist for the 2018 Landsberg Award, recognizing exceptional coverage of women's equality issues.

Her three-part Tyee series “Slaves to Tips: How BC Laws Fuel Sexism on the Job” exposed widespread sexual harassment and discrimination faced by women workers in restaurants and bars.

Learn more about the other nominees here.

By phasing the increase in over four years, employers will have time to adjust, he said. “The restaurant industry is very competitive. As you know there are many challenges.”

Farm workers who receive piece rates, based for example on how much fruit they harvest, will see an 11.5 per cent increase on Jan. 1, 2019 with the government pledging to study the rates further.

“At the end of the day what we want to do is make sure the workers are paid fairly and the agriculture industry and those farmers, their economic viability is also looked after,” Bains said.

BC Federation of Labour president Irene Lanzinger welcomed the elimination of the lower wage for servers, but she expressed concern about the delay on raising the wages of farm workers.

“I am relieved that we can say good-bye to the server wage in B.C.,” Lanzinger said in a statement. “Make no mistake, the server wage is a sexist policy that puts women at risk. It has no place in a fair and balanced economy.”

She said she expected the government to do its further work on farm worker piece rates quickly. “This is a group of workers who are particularly marginalized and vulnerable to exploitation. It is critical that the government move forward to make life better for them and ensure fair and decent wages for their work.”

Lanzinger added she looks forward to seeing the commission’s next and final phase where it discusses how to transition from a minimum wage to a living wage. “Strong wages are a critical piece to poverty reduction and levelling the playing field for working people,” she said. “After 16 years of neglect that fostered growing poverty in the province, we are finally taking steps in the right direction.”

Spokespeople for the BC Liberal opposition caucus didn’t respond to an interview request. 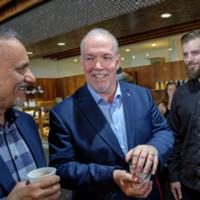 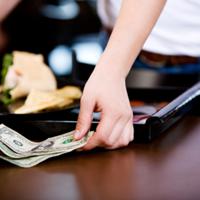 The Canadian Centre for Policy Alternatives and the B.C. Poverty Reduction Coalition also issued statements welcoming the change for liquor servers but expressing disappointment with the decision to make farm workers wait.

The commission had recommended the piece rate for farm workers be increased by 15 per cent on June 1 and that all farm workers be paid at least the general minimum wage as of June 1, 2019.

Bains said the piece work system has a 40-year history, product rates are set long before harvest time, and “the agriculture industry is very, very complex and very diverse.”

The commission recognized bringing the piece rates in line with the minimum wage is a substantial change, he said. “They said, lets implement it, then monitor and review after a period of time and see how it works. Clearly they’re concerned that they don’t know how it’s going to work. What we’re saying is, let’s do that work now, because the agriculture industry is too important that we don’t do our task and do it right.”

The government did not, however, want to make the change without being able to show how it will work for farm workers and the industry, he said.