From a public policy point of view, the British Columbia government’s decision to refuse to pay for the cystic fibrosis drug Orkambi is straightforward: there’s no clinical evidence it works well enough to justify the cost.

But for a politician whose constituent believes the $250,000-a-year drug is life-saving, supporting her bid to continue having the government pay for it is an easy choice.

Green Party Leader Andrew Weaver said last week he would “absolutely” continue to push for a resolution so his constituent Lilia Zaharieva can continue taking Orkambi, made by the American drug company Vertex Pharmaceuticals to treat a type of cystic fibrosis caused by a particular gene mutation.

“It’s a life-changing drug and so we’re hoping the government and the company... will get together and come up with an agreement, because it’s very clear that Lily, as well as the young woman in Vernon and others in British Columbia, have benefited from this,” Weaver said. “It’s not for everyone, but it’s life-changing for those who it does work for.”

Cystic fibrosis is a genetic disease with effects that include persistent lung infections and the loss of lung function. There is no cure, and for most people it leads to death, according to Cystic Fibrosis Canada’s website.

Zaharieva, a 30-year-old University of Victoria student, has said her life improved dramatically after she began taking Orkambi. “It might sound like a great cost, but I can tell you, when your breath and your life depends on it, it’s priceless... I’ve seen what my life is like without Orkambi. And it’s hardly any life at all.”

She had received funding for the drug through the insurance plan available to students at UVic, but that ended Sept. 1 when the plan’s coverage was changed to match what’s available through the provincial PharmaCare program.

Similarly, Melissa Verleg, a 34-year-old mother in Vernon, reportedly wants the province to pay for Orkambi since her husband’s benefits provider is ceasing to pay for the drug.

She started taking Orkambi just over a year ago, Global News reported. “Within a month, I had energy. I was not napping during the day. I was becoming active with my children again... I am living life again.”

In stories about both cases, Health Minister Adrian Dix was quoted saying drug funding decisions are difficult, but the government relies on expert advice to decide which drugs should be covered under the public plan.

The decision not to fund Orkambi — made by the previous Liberal government and continued under the NDP — was based on advice that found a lack of evidence it worked well enough to justify the cost, Dix said.

PharmaCare’s drug decision summary for Orkambi, which refers to it by its generic name lumacaftor/ivacaftor, says it recommended not paying for the drug after considering the recommendation from the national Common Drug Review, input from two specialists, a budget impact analysis, comments from the manufacturer and responses from a patient, three caregivers and a patient group.

The March decision was made, it said, because “in clinical studies, lumacaftor/ivacaftor does not appear to improve survival and failed to show any statistically significant or reliable improvements in weight gain, lung exacerbations, or quality of life.”

There was some improvement in lung function, but it was “modest” and “of uncertain clinical significance,” the decision said. “The majority of patients failed to achieve an improvement of five [per cent]. Given the high price of over $260,000 per patient per year, lumacaftor/ivacaftor is not cost-effective.”

The Canadian Drug Expert Committee, whose work the B.C. report was based on, completed its review as part of the Common Drug Review process in the fall of 2016.

It’s recommendation not to pay for Orkambi was based on two double-blind, randomized controlled trials that compared groups of patients given the drug with those who received a placebo.

“Due to the absence of consistently reported, statistically significant and clinically meaningful improvements in outcomes, CDEC concluded that the clinical benefit of treatment with [the drug] is uncertain,” its report said.

It noted there had been no randomized controlled trials of the drug to test how it affected the long-term progression of the disease, the need for a lung transplant, the ability to stop taking the drug, or mortality.

The CDEC said that patient groups reported “substantial improvement in breathing, fewer exacerbations, no significant adverse events, and a better quality of life.” But it also observed “Results from the trials for all these outcomes were far more mixed.”

Weaver, a climate scientist who taught at the University of Victoria before entering politics, said individuals’ experience should be taken into account alongside the clinical trials.

“If you would talk to Lily, it’s clearly not anecdotal,” he said. “It’s clear if you talk to the woman in Vernon, it’s more than anecdotal. You can talk to her doctors who’ve actually supported her. The evidence is not Lily talking herself, it’s also support she’s got from her practitioners as well as other practitioners who’ve written me as well.”

“I think evidence is critical,” Weaver added. “The number of emails I’ve got on this issue, for Lily, my constituent, is quite remarkable for a single individual, and they’re coming from all over the province. There’s clearly a public appetite for it, but I understand the minister’s in a real bind. That’s why we’re elected.”

Alan Cassels, a Victoria health policy researcher and the author of books on the pharmaceutical industry, said governments face similar decisions about what drugs to cover all the time and they need to make those choices based on the best available evidence.

“There are very good reasons why the Common Drug Review turned it down,” he said. “Their analysis should be given much higher priority than an individual’s anecdote.”

Carefully gathering evidence is important for safety as well, he said, noting there’ve been “dozens” of examples where new medicines were touted as “life-saving” only to turn out later to be deadly. “Any new drug has the potential to kill,” he said.

Vertex could choose to provide the drug on compassionate grounds rather than expect the province to pay for it, Cassels said. 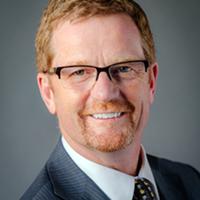 BC Moves to Pay Less for Common Prescription Drugs

“The villain here in my opinion is the pharmaceutical manufacturer that’s charging extortionate prices and holding this person hostage.”

A spokesperson for the company didn’t respond to messages Friday afternoon.

Weaver said he understands Vertex needs to cover its research and development costs, but that he too hopes the company will reduce the price. “My hope and my wish would be the company would take a very hard look at the price they’re charging,” he said.

A 2016 study in Evidence-Based Medicine, a British Medical Journal publication, concluded there are other treatments for cystic fibrosis that are far less expensive than Orkambi and that “desire and excitement” for a new treatment shouldn’t influence how research is interpreted.

Cystic fibrosis is “sad and trying” for patients, their friends and families, but the crucial information from clinical trials is needed before any new treatment is adopted, wrote Martin Mayer from East Carolina University.

“Based on the clinical trial data, whether lumacaftor/ivacaftor is truly a ‘breakthrough’ worth $259,000 a year remains rather debatable, and eligible patients deserve to have a transparent and understandable discussion about lumacaftor/ivacaftor before considering this new therapeutic option.”

Mayer also questioned the company’s rationale for the high price. “Vertex officials suggest this price is necessary due to Vertex’s reported research and development expenditures and the small number of patients for whom Vertex provides medications,” he wrote. “At the same time, however, Vertex’s market value is approximately $30 billion, and lumacaftor/ivacaftor is slated to help 12 Vertex senior executives secure over $53 million in one-time bonuses if Vertex is profitable over the next four quarters.”