British Columbia will have a $15-an-hour minimum wage by 2021, announced the New Democrat government Tuesday afternoon.

More immediately, a 50 cent increase to the wage — promised by the former Liberal government after an initial increase last September — will go ahead as scheduled on Sept. 15, bringing the current wage to $11.35 an hour.

The government will also raise the liquor server wage by 50 cents, to $10.10 an hour.

Labour Minister Harry Bains said that the wage would be raised through “incremental and predictable” increases so that businesses can adjust.

“I think what we are doing is going with a responsible, fair approach,” Bains told reporters in a telephone media conference.

The minister noted that small businesses were already aware of the more immediate increase coming this year, so they’ve had time to prepare.

The government will create a Fair Wages Commission to design the path to the $15-an-hour rate, Bains said. 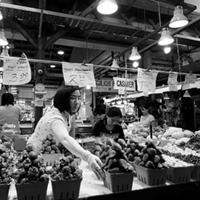 He said the increases would give more spending power to low-wage earners, which would boost the economy.

“[The] minimum wage in B.C. was not raised for 10 years,” Bains said, noting that B.C. has the seventh highest wage in Canada. “What we are doing now is the small steps to catch up.”

A living wage in Vancouver is pegged at $20 an hour, leaving the increase $5 short of that.

But Bains argued the increase combined with policies aimed at lowering costs, for example on electricity, would help narrow the gap for low-income workers.

“We also committed to a poverty reduction plan, and a minimum wage increase will certainly play into that,” he said.

The move to a $15-dollar wage follows similar initiatives in Ontario and Alberta. Alberta is scheduled to reach the threshold in 2018.

A few hours south of Vancouver, Seattle has had a $15-dollar minimum wage since 2015.