The Supreme Court of British Columbia is set to hear arguments Thursday on whether or not a challenge to rulings that cleared Premier Christy Clark following conflict of interest complaints should proceed.

The advocacy group Democracy Watch in October asked the court for a judicial review of two rulings that B.C.’s conflict of interest commissioner Paul Fraser made clearing Clark last year. 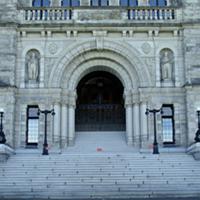 “Our position is when the premier is fundraising at exclusive invite-only events held in private, there will be conflicts of interest created in dealing with the issues donors want her to deal with,” said Democracy Watch co-founder Duff Conacher in a phone interview.

Fraser ruled in a May 2016 decision and an August 2016 addendum to the decision that Clark didn’t contravene the Conflict of Interest Act by receiving $50,000 annually from the BC Liberals while fundraising at exclusive party events where attendees paid as much as $20,000.

Conacher said that in arriving at the decision, Fraser chose not to look into who attended the events. “He didn’t even investigate.” 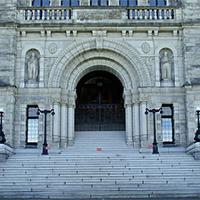 Conflict Commish Vows to Ignore 'All' of Reporter's Requests

An official answering the phone in Fraser’s office Wednesday said nobody there would comment on the case.

In the Oct. 25 petition to the court, Democracy Watch asked that Fraser’s decisions on the complaints made by Democracy Watch and NDP MLA David Eby be quashed and sent to a substitute decision-maker for reconsideration.

In the submission, the group argued that Fraser’s decision was unreasonable and that there was a “reasonable apprehension of bias” regarding Fraser’s decision since his son “John Paul Fraser has personal ties to the Premier and is a senior member in the BC Liberal Party” who works for the government as the deputy minister for government communications and public engagement.

Lawyers for Fraser — John Hunter and Trevor Bant — filed a six-page response on Nov. 28 that argued the case should be dismissed on various grounds, including that the commissioner’s opinions are “protected by legislative privilege and immune from judicial review.”

Acting for Democracy Watch, lawyer Jason Gratl argued in a nine-page response filed with the court on Dec. 30 that Fraser is not covered by parliamentary privilege and that his rulings are subject to judicial review.

The hearing is scheduled for 90 minutes at the Supreme Court of B.C. in Vancouver on Thursday.