Another U.S. study has found that hydraulic fracking, which triggers small- to medium-sized earthquakes, can change the chemistry and quality of groundwater.

The report comes at the same time the U.S. Environmental Protection Agency has released the final version of its five-year-long study on fracking, which confirms that all stages of the brute force technology “can impact and have impacted drinking water resources” and that impacts vary “in frequency and severity” depending on location, the scale of operations, and technologies used.

The findings put to rest claims by the oil and gas industry and its regulators that hydraulic fracturing is entirely safe and proven.

In 2010, for example, Rex Tillerson, CEO of ExxonMobil and now President-elect Donald Trump’s nominee for secretary of state, told a Congressional hearing, “There have been over a million wells hydraulically fractured in the history of the industry, and there is not one, not one, reported case of a freshwater aquifer having ever been contaminated from hydraulic fracturing. Not one.”

But the latest research and EPA report confirm what rural residents have complained about for years: that fracking can mobilize chemicals into groundwater through a variety of pathways, including the release of toxic fluids and leaks from well sites.

The research by geochemists at Columbia University’s Lamont-Doherty Earth Observatory analyzed more than a thousand groundwater samples collected by industry and universities in northeastern Pennsylvania.

It found that both topography and distance from wells played a large factor in the chemical changes observed.

Groundwater in valley bottoms near fracked gas wells contained higher levels of chemicals such as chloride, calcium sulfates, and iron.

In lowland wells more than a kilometre from well sites, the researchers also found much higher levels of methane, sodium and manganese compared to equally distant wells on higher ground.

Groundwater in upland areas near drilling operations did not contain as many dissolved chemicals.

Large increases in the chemical composition of lowland groundwater near unconventional gas wells “may be caused by enhanced mixing of shallow and deep groundwater in valley, possibly triggered by the Unconventional Gas Development (UGD) process,” the researchers reported.

Changes in levels of certain chemicals such as iron and dissolved iron, if persistent, had the potential to mobilize other elements of concern such as arsenic, they added.

The Pennsylvania findings support the conclusions of several other scientific studies.

Last May, a Texas study found, for example, that horizontal oil wells fractured by the injection of high volumes of water, sand and chemicals can contaminate nearby water wells with a variety of heavy metals and toxic chemicals. Moreover, these contaminants can fluctuate over time.

The more industry drilled and fracked in a community, the more contaminants researchers found in the groundwater, including possible carcinogens.

Hydraulic fracturing, which also industrializes and fragments rural landscapes, has caused controversy, protests and lawsuits throughout North America due to the contamination of groundwater.

Although industry and regulators have downplayed, denied or hidden the scale of the problem, researchers warned more than three decades ago that cracking rock with highly pressurized streams of fluids could disturb, change and contaminate groundwater.

Between 1983 and 1985, for example, geologist Samuel Harrison documented several cases in which fracking altered groundwater chemistry by creating “avenues for rapid vertical migration of contaminants upward into fresh water zone.” He recommended that no fracking be allowed in lowland valley areas.

In 1987 the EPA even reported its first documented case of groundwater contamination due to fracking in West Virginia.

According to the EPA, some 6,800 public drinking water sources serving more than eight million people were located within a mile of a fracking site between 2000 and 2013.

The evolution of the EPA report on the disruptive technology tells its own remarkable story.

In 2004, the agency reported there were no problems with fracking in a study widely regarded as flawed and heavily influenced by industry.

In 2010, the agency began to study the issue again, but weeks before releasing its draft report on water impacts in 2015, the wording of its executive summary was changed.

An investigation found EPA officials inserted text into the summary saying the researchers had not found evidence fracking has “widespread systemic impacts” on drinking water — contrary to scientific evidence.

After heavy criticism from the scientific community and the EPA’s own scientific advisory board about the omission of documented evidence, the agency revised its initial 2015 findings.

But the revision in 2016 produced a very different conclusion: “EPA’s report concludes that hydraulic fracturing activities can impact drinking water resources under some circumstances and identifies factors that influence these impacts.” 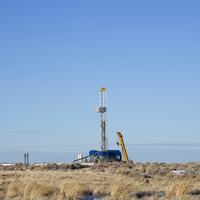 The final EPA report also underscored the lack of data available to regulators and governments.

Due to severe data and information gaps, the agency said it could not gauge the extent and scale of water impacts.

“Specifically, local water quality data needed to compare pre- and post-hydraulic fracturing conditions are not usually collected or readily available,” the report said. “The limited amount of data collected before, during, and after activities in the hydraulic fracturing water cycle reduces the ability to determine whether these activities affected drinking water resources.”

No Canadian jurisdiction has set up long-term monitoring wells to track the movement of contaminants from oil and gas drilling into groundwater.