A new Texas study has found that horizontal oil wells fractured by the injection of high volumes of chemicals, sand, and water contaminate nearby water wells with a variety of heavy metals and toxic chemicals that fluctuate over time. 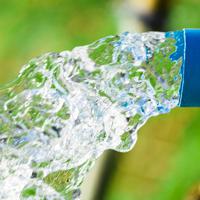 Groundwater Not as Renewable as Thought, Study Finds

In the last decade, North America's $40-billion fracking industry has punctured uneconomic or ''unconventional'' rock formations from British Columbia to Texas with long lateral wells that extend for miles underground.

Then they blast open the surrounding formation with injections of water, chemicals, sand, fluids, or hydrocarbons. But industry can't always control the direction of the fractures.

''In our most recent study, we found that as more unconventional wells were drilled and stimulated, more drilling-related contaminants were found in the groundwater,'' study author Zacariah L. Hildenbrand told The Tyee.

Dichloromethane, an industry chemical and potential human carcinogen, was found in quantities above safe drinking water levels in water wells on highly fracked landscapes. The U.S. Environmental Protection Agency says the chemical ''poses health risks to anyone who breathes the air when this compound is present.''

Hildenbrand, a native of the Okanagan Valley, is a scientist (and cancer biologist by training) with the Collaborative Laboratories for Environmental Analysis and Remediation at the University of Texas in Arlington.

The study, published in the journal Science of the Total Environment, is the first to measure groundwater quality from private water wells before, during, and after the expansion of horizontal drilling and hydraulic fracking.

Although researchers couldn't get a full disclosure of the chemicals used by the fracking industry in Texas for proprietary reasons, they tested local groundwater for a variety of solvents, alcohols, biocides, and chlorinated compounds commonly used by the industry.

Many of the fracking chemicals have short life spans in water or serve as a carbon source for microbial communities too, which makes tracking their transport and impact on groundwater chemistry over time even more difficult, Hildenbrand said.

The study examined drilling on the eastern shelf of the Permian Basin over a period of 13 months between 2012 and 2014. Industry extracts about 280 million barrels of oil a year from the Permian Basin.

No such study has been done yet in B.C., where extensive shale gas fracking of nearly 10,000 horizontal wells has triggered thousands of mini yet significant earthquakes throughout the northeastern part of province.

In 2012, the Texas researchers sampled 38 water wells in a three-county region already punctured by 298 oil wells and found significant amounts of heavy metals such as iron and arsenic and high levels of dissolved salts in the water wells.

Several months later when an additional 85 wells appeared in the study area, more or higher levels of contaminants appeared in 36 monitored water wells, including toluene, arsenic, barium, strontium, and chromium. The pH of the water also changed while dichloromethane, a degreaser used on well pads, appeared in the water as well.

During phase three (in 2013), while industry drilled and fracked another 37 wells in the region, the project recorded significant increases in pH (the water became more alkaline), inorganic carbon, toluene, o-xylene (probable human carcinogens), and barium, along with statistically significant decreases in salts, fluoride, beryllium, chromium, iron, zinc, and zirconium.*

By 2014, as industry drilling and fracking intensified, the chemical composition of the water changed once again. Concentrations of ethanol, bromide, fluoride, chloride, nitrate, and sulfate all increased from phase three. Samples containing common frack or drilling ingredients such as methanol, isopropyl alcohol, acetaldehyde, cyclohexane, ethyl benzene, and o-xylene also increased.

In many cases, the oil wells were located within four kilometres from the sampled water wells.

''We know that not all of the wells are contributing to the contaminants at the same rate, and this is where a closer collaboration with industry and the use of chemical tracers would help us better understand exactly when the contamination events occurred, how they occurred, and how they could be prevented or improved upon in the future,'' Hildenbrand said.

The Texas researchers suspect that chemical contaminants followed one of two pathways into the groundwater: through leaky wells and/or through naturally occurring fault lines ''when there is geological interconnectivity between the shale layer and the overlying groundwater.''

Hildenbrand said they do not know what role mini-earthquakes set off by industry may play in mobilizing chemicals or how the natural movement of gases in the earth transports these chemicals into groundwater. It is well established that earthquakes can change water chemistry.

Given that a variety of often hazardous chemicals, including ethanol, bromide, dichloromethane, and multiple volatile organic compounds increased in concentration as drilling and fracking activity intensified in the immediate study area, the researchers called for more studies to protect communities dependent on groundwater.

''Detection of these compounds in sources of drinking water is particularly disconcerting given the potentially deleterious nature of these constituents to human health,'' said the Texas study.

Industry has always argued that hydraulic fracturing can't contaminate groundwater because the technology is safe and proven even though there were virtually no scientific studies on the matter prior to 2004.

The Texas research adds to a growing body of evidence that has detected various alcohols (which can cause severe skin rashes), chlorinated species, cancer-causing compounds, and 2-butoxyethanol (a chemical highly toxic to humans) in groundwater overlying unconventional oil and gas mining activity in the Barnett and Marcellus shales.

(The Barnett study was funded by local scientists concerned about the impacts of unconventional shale fracking on rural communities.)

Asked if any U.S. jurisdiction was doing proper long-term groundwater contaminant monitoring in areas being fracked, Hildenbrand said no.

''Unfortunately there is not legislation in place that would require baseline testing and continual monitoring. This is left up the individual operators to do, and some are better about this than others,'' he said.

John Cherry, Canada's top hydrogeologist and contaminant expert, confirms that no adequate monitoring is taking place in any Canadian province being disturbed by high-volume fracking and horizontal drilling.

He now calls fracking an uncontrolled science experiment on groundwater, one of the continent's most important resources.