Local MLAs and staff in Premier Christy Clark’s office were involved in the days before the British Columbia government quashed its plan to purchase a hotel in Maple Ridge to house people who are homeless, according to recently released documents.

The heavily censored documents were released Oct. 14 on the government’s open information website in response to a request from an unnamed law firm.

They show that in the weeks before the government pulled support for the shelter plan on March 29, the minister responsible for housing, Rich Coleman, and BC Housing staff attempted to reassure Maple Ridge-Mission MLA Marc Dalton, Maple Ridge-Pitt Meadows MLA Doug Bing and staff in Clark’s office about the plan to purchase the Quality Inn in Maple Ridge.

“Any time we build a housing development, there are invariably concerns raised within the neighbourhood where the development will be located,” Tobie Myers, Coleman’s chief of staff wrote in a March 17 email to Antoinette De Wit in Clark’s office. “This is colloquially referred to as NIMBYism.”

The opposition will soon pass, Myers wrote. “In our experience, those concerns are usually addressed through the public hearings for rezoning and/or the community meetings that are held prior to a new location opening. If not, they are generally alleviated once the development opens and proves to be an asset to the neighbourhood without the anticipated level of problems.”

“Once approved through the local zoning process, our plan is to convert the Quality Inn into 61 units of long-term supportive housing for those who are homeless or at risk of homelessness, including people currently at the temporary shelter,” Coleman wrote.

“This model of housing works because it addresses the root causes of homelessness,” he added. “Our goal is to ensure people have a safe place to call home along with the support services, including meals and counselling, needed to help them turn their lives around and get off the streets permanently.”

Coleman noted the province had partnered with other communities on similar projects and gave an example of a new facility’s positive impact. “We are confident the Quality Inn location also can be successful, once we address people’s concerns as we work our way through the appropriate zoning with the city.”

Earlier in the month, staff in Coleman’s office had already been fielding questions about the project from Bing and Dalton.

On March 9, Coleman’s executive assistant Keivan Hirji wrote to the two MLAs. “Thanks for the phone call earlier,” he wrote, sending them bullet points on various topics related to housing and homelessness in Maple Ridge, including a section on the Quality Inn purchase.

Six days later Hirji wrote the pair again with the “latest notes” on the Quality Inn, a document that mentioned that an online petition opposing the project had attracted 1,000 signatures and that opponents had planned a rally outside the hotel.

By March 21, Dalton had developed his own position on the project. In an email time-stamped 2:21 a.m. that day, he wrote to a staff person in Coleman’s office. “Attached is a draft of my position on the Quality Inn,” Dalton wrote. “I have media requests which I will hold off on until discussing in the morning.”

Dalton’s attachment is not included with the documents and appears to have been severed under Section 13 of the Freedom of Information and Protection of Privacy Act which allows records to be withheld if releasing them would disclose policy advice or recommendations developed by or for a public body or minister.

Eight days later, on March 29, in a news release with the headline “Province commits millions for new homeless shelter, supportive housing in Maple Ridge,” the government announced it had killed the Quality Inn plan.

“The province has decided not to proceed with the purchase of the Quality Inn in Maple Ridge,” the news release said in its final paragraph, after saying there was $15 million available for a low-barrier shelter in Maple Ridge and a temporary shelter would remain open.

The government also cancelled a public consultation meeting scheduled for that night.

After the news release went out, a government spokesperson let staff in the housing policy branch know about the decision on the Quality Inn, saying it was made “over the weekend.” 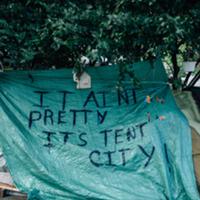 Media stories about the province’s reversal noted public opposition to the project, and the Globe and Mail quoted comments Coleman made online. “It doesn’t matter wherever you put these facilities; there’s always public sort of NIMBYism that comes to the forefront that says we don’t want these here,” he had written.

The Maple Ridge News quoted Bing saying it was “democracy in action.”

Maple Ridge Mayor Nicole Read later expressed frustration that the government had let local MLAs veto a needed project that council and BC Housing had been working on.

“It’s a confusing state for our public to be in,” Read said in an interview at the Union of BC Municipalities convention in Victoria in late September.

“The public looks to us as the decision maker, so they lobby us very strongly for a long period of time,” she said. Council considered all the information carefully, then made a decision to accept the project on the site that BC Housing had brought forward, she said. “And then the MLAs oppose it.”

Besides undermining the mayor and council, the discussion was hurtful to the people who need the housing, Read said.

“They’re tapped in to social media. They’re talking to RainCity, the shelter provider. They know that we’ve had these housing conversations. They thought we were buying them a hotel. You know, that really crushed their hopes.”

The decision has also meant some people have spent a long time in a shelter that was always intended to be temporary, she said. The temporary shelter was opened as the city and province worked to disband a tent city that had grown on a residential street in 2015.

“They’re coming up on an entire year in the shelter that hasn’t been designed for them to be there a year, with no solution on the table and some real complex politics and pass the political hot potato looking like it could result in this facility not being built,” Read said.

With discussion now underway about a new location for low-barrier housing a few blocks down Lougheed Highway from the Quality Inn, Read and her council have asked Clark to assign MLAs Bing and Dalton to manage the public engagement process.

“Our only expectation is that the community be fully engaged by the MLAs and that the city also be included in this consultation,” Read wrote in the Sept. 23 letter to the premier. “I’m sure you can imagine that, after what occurred with the Quality Inn decision, it would be very difficult for our staff and Council to manage the engagement process, address a large response from our public in person, by phone, by email and on social media, and go through the rezoning process, only to learn at the end of it all, that the MLAs are not supportive.”

The Maple Ridge News quoted Bing saying he was open to a greater role in the process. “[Clark’s] given us the responsibility to look after this and I think that’s understandable,” he said. “We’re the ones closest to the scene. I would think that it makes sense that the MLAs have an important part in the decision making, not someone in Victoria.”

A spokesperson for Coleman’s ministry took questions about the letter, but did not respond by publication time.