The Musgamagw Dzawada’enuxw, whose traditional lands includes much of the Broughton Archipelago, have boarded two Japanese-owned fish farms and delivered eviction orders to remove their operations from unceded territories over the last six days.

On Aug. 15, three Dzawada’enuxw traditional leaders served an eviction notice to a Cermaq/Mitsubishi salmon farm on the Burdwood Islands, and on Aug. 18 boats from the communities of Gwayasdums (Gilford Island), U’kwa’nalis (Kingcome Inlet) and Alert Bay arrived at the Sir Edmund Bay fish farms run by Cermaq/Mitsubishi to conduct a cleansing ceremony.

Melissa Willie, an elected councillor for the nation, said about 40 people participated in the cleansing ceremony and that more demonstrations are planned later this week.

Willie said a cleansing ceremony was necessary because fish farms have been clouded by a lot of “negativity” and environmental impacts, and her people wanted to do something positive.

“We will do a cleansing of our waters once we get these fish farms out,” Willie told The Tyee.

The Martin Sheen, a research vessel loaned by the Sea Shepherd Conservation Society to biologist and anti-fish farm activist Alexandra Morton, witnessed and filmed the delivery of the eviction notice as well as the cleansing ceremony.

Morton, a long-term foe of the controversial industry, is on a two-month mission to investigate the state of corporate fish farms, do research on virus prevalence, and provide a platform for First Nations.

Some nations support fish farms on their territory, while others such as Musgamagw Dzawada’enuxw have been fighting them and their impacts on wild fish for 30 years.

The eviction notice follows a number of developments, including the federal government’s decision to extend fish farm licences from one to six years despite recent evidence found by federal scientists of a “potential” heart disease in farmed Atlantic salmon samples collected from one B.C. fish farm.

Members of the Musgamagw Dzawada’enuxw were also shocked earlier this month when Melissa Willie visited a Cermaq farm and opened the lid of a blue-coloured tote containing dead fish netted from the facility.

Both Willie and Morton identified what they said looked like several wild salmon and other native fish (possibly herring and eulachon) in the pile. Fish farms do not have a licence to feed or harvest wild fish.

But in an Aug. 18 press release, Cermaq denied the dead fish were wild and said they were young farmed salmon.

“The small salmon carcasses found in the mort totes are Atlantic salmon grown from our own broodstock, not Pacific wild salmon as alleged. In fact, the tote in question was at our broodstock site, where we grow salmon that are several years apart in age. The age difference results in both small and large fish that, if they die, go into the same tote,” explained their press release.

“Wherever you have fish farms, there will be wild fish entering those pens. It is common sense. We all know that the herring stay by some of the farms and feed there.”

In the same press release, Cermaq accused the Sea Shepherd Society of trespassing on private property, making unsubstantiated claims, and having “taken samples of dead fish without permission and without following any proper scientific procedures.”

In contrast, Willie said her people would like to thank Sea Shepherd for joining them in their fight.

The eviction notice gives the corporate farms three months to pack up their operations.

It also demands that no more farmed fish be transferred into the First Nation’s traditional territory and that the nation be allowed to take fish samples from the farms anytime it wants to determine what types of disease or parasites might be present.

“The people who are benefitting from these farms are benefitting over the suffering of our people,” said Dzawada’enuxw hereditary leader Farron Soukochoff in a press release.

The Musgamagw Dzawada’enuxw First Nations have opposed corporate salmon farming on the grounds that open-net feedlots invite diseases and waste that have had a deleterious impact on wild fish, including herring and five varieties of Pacific salmon.

“We, the Musgamagw Dzawada’enuxw view the destruction of wild fish by the fish farming industry as part of the long history of genocide forced on our people by the governments of Canada,” reads an Aug. 18 press release. “Salmon are essential to our well-being and the well-being of our world.” 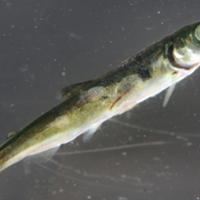 According to a recent report, the number of young wild salmon leaving Dzawada’enuxw territory in the spring of 2015 could have been reduced by nine to 39 per cent due to sea lice from salmon farms.

Along with the eviction notice, the Musgamagw Dzawada’enuxw have set up a website called “cleansing our waters.”

A 2008 scientific study found that wild salmon populations declined wherever corporations have set up industrial fish farms in the ocean including Norway, Scotland, Ireland and Canada.

“We have heard the words of Prime Minister Justin Trudeau, that honouring the rights of First Nations are a ‘sacred obligation’ to the Liberal Government of Canada,” said Musgamagw Dzawada’enuxw hereditary leader and chief councillor Willie Moon at a cleansing ceremony at the Sir Edmund salmon farm at the entrance to Kingcome Inlet.

“Our people have spoken: we want salmon farms out of our territory.”

In a prepared statement, Jeremy Dunn, executive director of the BC Salmon Farmers Association, said that the industry has 20 agreements with First Nations that cover “78 per cent of the annual harvest of farmed salmon.”

“Our members are always open to meeting and discussing issues with First Nations and would like to develop agreements in areas where they do not exist today,” added the statement.

Dunn told The Tyee that many First Nations have tried to evict corporate farms in the past but later signed financial agreements with the industry.

*Story updated Aug. 22 at 9:45 a.m. to include comment from the BC Salmon Farmers Association.