B.C salmon farms last year were besieged by sea lice, according to a new University of Toronto study, which also found a dangerously steep rise of infestation among young wild salmon who swam nearby.

Published in the Canadian Journal of Fisheries and Aquatic Sciences last week, the study revealed that in 2015 penned salmon in three areas along B.C.’s Broughton Archipelago were attacked by a severe sea lice outbreak. The causes: warmer ocean water combined with record pink runs and poor co-ordination of louse treatment methods among fish farms. Researchers looked at building resistance to drugs used by fish farmers to combat the debilitating parasite but that global problem has not yet emerged in B.C.

The UofT study reinforces that concern, noting that sea lice “can transmit between farmed salmon, held in flow-through net pens, and nearby wild salmon” and that while sea lice occur naturally, “farmed salmon act as reservoir hosts” that can increase the abundance of sea lice in surrounding waters.

Until 2015, the fish farm industry had improved its ability to detect and manage louse infestations.

Between 2006 and 2014 researchers typically recorded that only 30 per cent of the wild migrating juveniles were infected with sea lice, which feed on the skin and flesh of young fish.

But last year approximately 70 per cent of young pink and chum salmon carried the parasite.

The parasite can change the behavior of young fish and kill them.

Scientific studies show that heavy louse infestations on juvenile salmon as they migrate in the spring are directly related to reduced returns of adult pinks.

To view the University of Toronto report on sea lice infestation spikes in the Broughton Archipelago, click here.

Based on previous numerical estimates on the impact of sea lice on pink salmon, last year’s heavy infestation could reduce pink returns by nine to 39 per cent in the Broughton Archipelago said Stephanie Peacock, one of the study’s authors.

Peacock, a marine ecologist who has been sampling pink salmon since 2006, added that fish farmers freely admitted that they were having “high louse numbers last year and attributed them to higher ocean temperatures.”

Because salmon feedlots also delayed their treatment and medicated at different times, “Sea louse abundance was higher than usual on salmon farms just prior to the usual wild salmon out-migration period.”

In fact the 2015 infestation marks “a departure from almost a decade of successful louse management on salmon farms in the area,” said Peacock.

The study concluded that “that current policy is not sufficient to accommodate the variation in biological, environmental and management factors that can combine to generate an outbreak.”

“The outbreak in 2015 showed us that sea lice remain a problem for both farmed and wild salmon – a problem that may get worse as ocean temperatures warm or if sea lice develop resistance to drugs,” said Peacock in a Tyee interview.

In the wild, adult salmon naturally carry the parasite without harm. But mature salmon seldom cross paths with wild young salmon, which rarely get infected by the parasite.

Wild adult salmon can now infect industrial fish farms with the parasite in the fall as they migrate home.

With the right conditions lice can become highly abundant on farms by spring. As a result, at that time of year, young wild fish who swim near farms must pass a gauntlet of parasites on their way to the open ocean.

When the populations of the parasite on farmed fish exceed three per farmed fish, the industry must inform DFO within five calendar days of discovery and begin costly chemical treatment to reduce parasite numbers.

Two Marine Harvest operations, for example, one in Port Hardy and one in Klemtu, are now reporting major louse infestations on their farms.

In addition to hydrogen peroxide baths, the fish farms can also use a medication called Slice. The neurotoxin, long the drug of choice for the industry, is fed to farmed fish in their food and specifically kills lice.

But in Norway and other countries where corporate salmon fish farms have proliferated, along with lice epidemics, the parasite has developed resistance to the drug.

Sea lice epidemics on fish farms have taken a toll on sea trout and wild salmon populations in Norway where farmed Atlantic salmon now outnumber wild salmon by nearly 50 to one.

In contrast British Columbia remains the only jurisdiction in the world where populations of wild salmon vastly outnumber farmed fish in open-net pens, by 1000 to one according to one industry report. 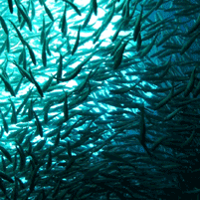 Parasite epidemics or what industry calls “biological issues” have become so financially draining that Marine Harvest CEO Alf-Helge Aarskog quipped in 2014 that “whoever solves sea lice, come and see me, because we need help.”

The giant Norwegian corporation, which rears one fifth of the globe’s farm-raised salmon in open-pen nets, recently reported that 2015 was “challenging from a cost perspective.”

That’s because the Bergen-based firm spent more of the company’s budget on sea lice control than it did in 2014.

In response to the UofT study, Jeremy Dunn of the BC Salmon Farmers Association said, “We will review this study’s recommendations to see if we can continue to improve our management strategies that can effectively manage our farms during the years we see high levels of sea lice naturally occur in the ocean.”

He said the study also confirmed what the industry reported earlier this year “when monitoring sea lice levels on wild fish in many areas of the coast near and far from salmon farms.”

The Tyee asked the Department of Fisheries and Oceans to comment on the new study but the agency said it was unable to provide a response to a variety of questions before publication.

It added that it was reviewing the study.

According to a Department of Fisheries and Oceans website, “The interaction of sea lice with farmed salmon and wild salmon has been the focus of international concern for at least a decade.”

It notes that sea lice infestations can impede farmed fish growth and health and “continue to be a significant concern for the salmon farming industry globally.”

Alexandra Morton, one of the paper’s co-authors, said the findings remind her “that B.C. is no different from any other region of the world where this industry operates. Industry cannot control their lice indefinitely.”

The crusading biologist is currently conducting scientific research on the Sea Shepherd R/V Martin Sheen on the impacts of fish farms on B.C.’s coast.