But in fact, though born in Canada, 23-year-old Lai is more in tune with her Chinese heritage than many of her peers. Growing up she studied Cantonese with a private tutor. She watched Hong Kong soaps on TV. She’s even acted in a Chinese theatre group, performing in legends like Mulan and a play based on the life of Dr. Sun Yat-sen.

“When I visit Hong Kong, people ask me, ‘Why is your Cantonese so good?’” Lai said. “I tell them, well, I grew up speaking it at home.”

Lai also lives in a very Chinese community, but one very different from the ethnic Chinatowns or Little Italys of the last century. Then, immigrants from Asia, Europe, and elsewhere clustered in inner-city neighborhoods, often not the best, to be close to others who shared their history.

By contrast, Lai grew up in Richmond, British Columbia, a bustling modern suburb that, away from its wetland trails, fresh produce farms, and the quaintly historic fishing village of Steveston, can feel like a mirror of East Asia. If you speak Chinese here, you can see a doctor, get a haircut, attend a church, buy a house or car—all without uttering a word in English.

But Richmond isn’t the only suburb with strong overseas influence. It’s an example of a growing demographic trend that’s turning the patterns of the last century on their head. Geographers call it the “ethnoburb,” and others have appeared outside longtime immigrant cities like Toronto, Los Angeles, San Francisco, New York, Melbourne in Australia, and Auckland, New Zealand.

Many ethnoburbs have more immigrants as a share of their total population than their associated urban cores, and often more than native-born residents. According to the 2011 National Household Survey, more than two-thirds of Richmond residents—69 per cent—are immigrants to Canada.

The same survey found that Surrey, a South Asian ethnoburb next door, has an immigrant population of 40 per cent. It’s also home to lavish sari shops and Indian wedding banquet halls on a scale beyond that found in Vancouver proper.

Markham, outside Toronto, has a 58 per cent immigrant population; Richmond Hill, 55 per cent. The Melbourne suburb of Glen Waverly is half immigrants.

But while cities and suburbs undergo new transformations, getting along with new neighbours brings the same tensions as around the ethnic enclaves of old.

The term “ethnoburb” dates to 1997. Chinese-born geographer Wei Li coined the phrase for a phenomenon she encountered when she moved to Los Angeles to study in 1991.

A professor suggested that rather than find a place to live in Los Angeles’ Chinatown area, she try the suburbs.

“You are Chinese, right?” Li recalls the professor asking. “Why don’t you live in Monterey Park, in the San Gabriel Valley? That’s a Chinese area, you would feel very comfortable.”

Li was puzzled. The stereotype she knew was that North American suburbs were populated with white working dads, stay-at-home moms, and their children. In contrast, the inner city was for immigrants.

But when she saw Monterey Park for herself, she was in for a surprise.

“Had it not been for the heavy automobile traffic and frequent gas stations, I could almost imagine that I was back walking in Beijing,” she wrote of the experience.

San Gabriel Valley in Los Angeles County is home to a shopping centre known as “the great mall of China,” where restaurants serve Mongolian hot pot and spicy chili-and-cumin Hunan. A suburb called Arcadia has been christened “Mistress City,” as they say it’s where Chinese tycoons hide their secret girlfriends and wealth. And in Monterey Park, where the professor directed Li, Taiwanese bubble-tea shops have been dubbed the “Starbucks of the valley.”

These were not the Chinatowns of old.

Intrigued, Li began studying the phenomenon—eventually writing a book about it: Ethnoburb: The New Ethnic Community in Urban America, published in 2009.

By then, she says, ethnoburbs had been around for decades after beginning to emerge as early as the 1960s.

The decade opened an era of widening ethnic tolerance. Newcomers were no longer limited by social attitude—and even laws—to enclaves.

Political tensions and the desire for a better quality of life, especially for families who wanted children to have a western education, drove people from China, Taiwan, and Hong Kong to emigrate. At the same time, immigration policies in many developed countries welcomed entrepreneurs. By the 1980s and ‘90s, many ethnoburbs had surpassed the inner-city enclaves where newcomers had been settling in for well over a hundred years. And their growth seems likely to continue, Li said in an interview.

Originally, it was China’s top-tier cities—Beijing, Shanghai, Guangzhou, and Shenzhen—that saw emigration to global ethnoburbs. “Now, even second-tier cities in China have heard of places like Richmond, Monterey Park, and Flushing in New York,” Li said.

Second-tier cities include provincial capitals and coastal cities like Chongqing, Chengdu, and Wuhan, recent growth engines of the Chinese economy. Those three alone had a population two-thirds the size of Canada’s—22.3 million people—as of 16 years ago, the last census published.

Emigrating to the familiar

One thing hasn’t changed: immigrants still like to settle where immigrants have already settled. Geographers call this chain migration. Once word of the new ethnoburbs got around, they grew fast. Letters, phone calls, and then emails back to the old country, enticed others.

That’s how Queenie Lai ended up in Richmond in 1992. Friends already living there told her parents and grandparents that life was better there than in Hong Kong.

Lai’s mother has no regrets about their choice. Vien Suen is a hairdresser at the Yaohan East Asian mall; her husband does lawn work. In Richmond, Suen says, “The weather is better, and the education and environment for the kids is better. The change in our lifestyle was small.”

The cultural familiarity of ethnoburbs can help ease other transnationals’ yearnings for some of Asia’s hyper-stimulating density and constant action.

Edward Zhao came to Canada in 2002, settling from Beijing with his mother at the age of seven. His father, who worked for a chemical company, remained in China.

Now 21, he’s been back to China on holiday a few times, and finds Vancouver “much more quiet and comfortable compared to Asian cities.” On the other hand, Zhao adds, “There’s not much to do.”

“I always hog the mic,” he confessed.

But if there’s comfort for immigrants in ethnoburbs, there is also segregation.

Ethnoburbs may be different from the confined enclaves of the past, but the choice to live life entirely in one’s own ethnic community can come at the expense of a newcomer’s integration into their new country.

One key aspect: language. In 2011, Statistics Canada revealed that 10 per cent of Richmond residents don’t speak English or French, compared to 5.6 per cent in the region.

And the same qualities that make an ethnoburb feel so familiar to newcomers can have the opposite effect on longer-standing residents.

In Richmond, one group held an extended debate with city hall over there being ‘too much’ Chinese writing on business signs. Residents of a condo building complained when the strata council held its meetings only in Mandarin.

And just as in other parts of gateway cities, as wealthy Chinese buy properties in ethnoburbs, they have been blamed for driving prices out of local reach. One Los Angeles suburb has been advertised to overseas buyers as the “Chinese Beverley Hills.”

In the wake of fears about foreign influence, Li says intergroup harmony is one of the top challenges of ethnoburbs today. “There can be surges of nativism, and even racism.”

Australia and New Zealand are among the places where Asian immigration has populated ethnoburbs. In New Zealand, 48-year-old Richard Leung has watched them emerge around Auckland in places like Mount Albert and Avondale.

Leung is the chair of the deep-rooted New Zealand Chinese Association’s Auckland branch, historically formed by Cantonese-speaking labour and service immigrants from south China. Most new arrivals hail from the booming cities of Mandarin-speaking China.

“The elephant in the room for our organization is how we do we accept these new Mandarin speakers,” said Leung. Longtime Chinese New Zealanders, he says, feel “colonized” by the newcomers, who outnumber native-born Asian Kiwis in Auckland by roughly four to one, according to a survey by the Asia New Zealand Foundation last year.

Leung has responded playfully: organizing family sports days to bring newcomers and residents of longer standing together in activities that don’t depend on language.

“We couldn’t speak to many of them, because we didn’t have the Mandarin,” said Leung. “But we decided that we’d just keep doing what we’re doing. Our idea is that the new migrants will have children, and their children will become Chinese New Zealanders like us.”

New nations on the block

Nelson Ou knows how wonderful a taste of home can be in a new place. When he came to Canada from Taiwan at age 20, he was overwhelmed with culture shock.

“I was really lonely and I really missed home,” said Ou, now 32. “But the first time I had Taiwanese food, I was happy. There’s something so familiar to people when they eat their own culture’s food.” 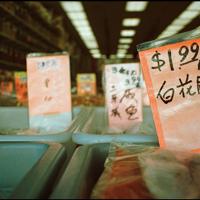 Ou was so happy, in fact, that he took a job at the restaurant. A few years later, he opened his own Taiwanese restaurant, Strike, in Richmond, to serve the same beef noodle soup and peppery fried chicken that gave him comfort.

Limiting himself to a cultural enclave could’ve made things easier, said Ou, but he didn’t want to avoid living in a new, multicultural society.

It wasn’t easy adjusting. He had to “start from scratch and work hard to have an ordinary life,” taking ESL classes, working at Starbucks and restaurants, and eventually earned a financial broker certificate.

“New immigrants these days don’t seem to want to join the community,” said Ou. “They want to change the community to be like the ones they used to live in.”

“When you decide to live here, even for three or five years, that’s quite a long time. I think people should be more open-minded to new ways.”

And he means that both for immigrants and people who’ve been here all their lives.

“Look at bubble tea. It’s for sure not for immigrants only,” said Ou. “In Richmond, some Caucasians have had bubble tea since they were 10 years old. Even 7-Eleven here sells fake bubble tea in their sandwich refrigerators. It’s part of the mainstream now. It’s fun to live here because diversity is part of the culture here.”

Ethnoburbs are dynamic places, after all, said Wei Li.

“Any multiracial, multicultural community can go either way,” she said. “It can become more concentrated, or eventually dissipate.”

It’s up to immigrants like Ou and locals alike to define their home.