The average person offended by Chinese-only signs in Richmond, British Columbia may be surprised to learn that in reality, there aren't too many that don't include English in the city. At least, that's what I discovered on a recent jaunt there. 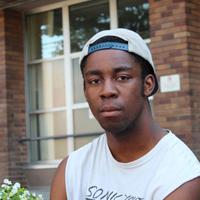 The Race Conversation Vancouver Needs to Have

Last month, in an effort to ease tension over Chinese-only signs, the city held a forum attracting more than 100 people concerned about the issue. And in 2013, city officials nixed a proposed bylaw that would force English onto signs in the community. The group calling for the bylaw was supported by a petition with 1,000 signatures.

As a Chinese student in Canada, I wanted to get to the bottom of the issue, so I walked along No. 3 Road to talk to merchants with Chinese signs and learn how my Chinese compatriots adjust to living in another country.

Unlike parts of Vancouver, where I sometimes have to stop for a moment and stare at English signs to figure out what they mean, walking in Richmond is a much more relaxed experience. Wherever I went, I saw Chinese products, read Chinese characters, and heard pedestrians speaking Chinese, which made me feel as though I was on a brief trip home.

That said, I wonder if it's appropriate in a country where Chinese is not an official language, or whether it causes tension among the city's ethnically diverse population.

A matter of simplicity?

My first stop was a Chinese porcelain boutique with Chinese only tags and pamphlets inside, though a bilingual sign board hung on the facade. The owners explained the store was holding a trade show, and since most customers were not English speakers, it wouldn't make much of a difference if there were English signs. This assumption was one I heard several times on my outing.

When I noticed the daily specials posted on a restaurant window were not translated, though the fixed menu is, the manager told me it's a matter of simplicity. He said the Chinese names would be too complicated once translated, and it would turn the front of the restaurant into an unsightly mess of text.

The number of Chinese people in Richmond has increased throughout the years, and so it's understandable to see so many Chinese signs now, a clerk named Hugue in a Taiwanese laundry told me. When he first came to the city 20 years ago, there were fewer Chinese and learning English was a must, he said. But that's changed, and people can now live in Richmond without speaking English.

Hugue added that Chinese immigrants generally do not adapt themselves to the English environment as well as other ethnic groups, such as Japanese people, so such signs are indispensable for shop owners.

Still, there were some merchants who embrace a more multicultural approach to their business in Canada.

Mei, a clerk in a Chinese medicine shop, showed me how her goods are labeled in both English and Chinese. She said she has a number of English-speaking customers, and it just makes good business sense. Another staff member at an immigration consultancy said his company has bilingual signs as a show of respect to the multicultural makeup of Canada.

Their efforts, and those who don't make any, haven't gone unnoticed by people outside of the Chinese community.

During my visit to the porcelain shop I spoke with Shahana, an immigrant mother from Fiji, who was browsing. She said she understands why Chinese shops have Chinese signs, but it's definitely frustrating if they don't have English translations as well.

She said that makes her feel unwelcome at Chinese businesses, and points out it was the opposite when she lived in Japan, where clerks go to great lengths to help customers who don't speak Japanese understand the merchandise.

It's often said that the Chinese community is naturally introverted. That excuse doesn't wash with Shahana, who said that she doesn't want her kids to live in a society where they occasionally feel excluded by other ethnic groups, especially when it can make them feel unwelcome.

In reality, most shops I saw in Richmond did have English signs, along with Chinese ones, and the merchants I spoke to said they would happily follow any laws requiring English.

English has not lost its dominance throughout Richmond, but as more Chinese people immigrate to Canada, bringing with them their cultural habits, how the Chinese sign issue is handled will say a lot about the country's multiculturalism efforts.

That could showcase what some argue is the most dominant of all the country's characteristics: inclusiveness.