An environmental activist says that for six months Lemare Lake Logging Ltd. has failed to meet the legal requirement to show him the company's plans for logging on publicly owned land in the East Creek valley on northern Vancouver Island. 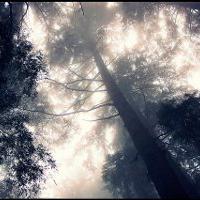 British Columbia's Forest and Range Practices Act says that companies must make their site plans "publicly available on request at any reasonable time" at their offices.

"I've been asking for that for six months," said Mark Worthing, a biodiversity and forestry campaigner with the Sierra Club of B.C. "They're barring access to us, obviously because they don't like us."

A company official took a message from The Tyee on Wednesday, but the call was not returned by publication time.

A forest ministry spokesperson said the province is keeping an eye on the logging in East Creek and that it's being done properly.

Worthing wants to see for himself. He said he's had a representative visit Lemare's office in Port McNeill unannounced and he's tried setting up meetings ahead of time, but so far has not been shown a site plan. "We were given the run around for half a year," he said. "In that time they've managed to log like it's 1920."

East Creek borders Mquqᵂin / Brooks Peninsula Provincial Park on the west side of northern Vancouver Island. Logging in the area has been controversial since at least 2003, when the Wilderness Committee campaigned to protect it.

Worthing said the area is ecologically rich, with one of the last unprotected old growth forests on Vancouver Island. It is home to northern goshawks, marbled murrelets, five species of Pacific salmon and many other plants and animals, he said.

"This is untouched rainforest," Worthing said. "Generally speaking, logging it at all is heinous."

But when he and others visited East Creek in October, the logging they observed wasn't up to modern standards, he said. Roads were poorly built, streams were damaged and culturally modified trees may have been logged.

"As soon as we saw it, it was pretty insane," he said. "Everything [there] is grand in scale and so is the damage."

Worthing tried to look further into the plans for the area, but those attempts were frustrated by the company's refusal to share the site plans, he said. "Civil society or the public can't even do their job to scrutinize what's happening on Crown land," he said. "Without public access, there can't be public scrutiny."

Steve Thomson, the minister for Forests, Lands and Natural Resource Operations, was unavailable for an interview.

The minister can levy up to a $10,000 fine for a failure to provide access to a site plan under the Forest and Range Practices Act, a spokesperson said in an emailed statement. In this case, however, the ministry believed the matter had been resolved, he said.

"In January, the ministry's Compliance and Enforcement branch had discussions with the Sierra Club," the statement said. "At that time, Sierra Club indicated that while they had initial problems getting access to the site plans, arrangements had been made with the licensee to visit with them in their office and view the plans."

The ministry spokesperson also said that the government has been actively monitoring logging in the area. "So far in 2016, the ministry's Compliance and Enforcement branch has conducted over 10 inspections in the East Creek area including road maintenance and construction, streams and riparian reserves, culturally modified trees, timber transport and scale site inspections," he said.

While inspectors found a few "non-compliances" with regulations for timber marking and roads, the licensee has addressed the issues, he said, adding that ministry staff will continue inspections in areas where there is active logging.

There are targets for the amount of old growth to be protected throughout the 5,012 hectare watershed, and sections of the valley are protected as marbled murrelet habitat (896 hectares, plus another 151 hectares proposed) and ungulate winter range (93 hectares), he said. There's also a 744 hectare wildlife habitat area that includes the creek itself.

Jens Wieting, a forest campaigner with the Sierra Club, said that for Vancouver Island there is no science-based plan for forestry like the one that was recently agreed to for the Great Bear rainforest on B.C.'s mid-coast.

"It's like night and day," he said, noting the land use plan covering East Creek is from 1993 and outdated. "We have almost no conservation based on science on Vancouver Island."

He said logging in East Creek, which he estimates is at about 100 hectares a year, is an "extreme example" of what's wrong with forestry on Vancouver Island. "[We are] asking the B.C. government to take action to put logging on hold in the area because it's clear there's no due diligence whatsoever."

The Sierra Club's Worthing said that at the current rate of logging there will be no old growth forests left on Vancouver Island in another 20 years, so it would make sense for the government to act now to save what's left.

"They have no plan for the end of old growth logging," he said. "They're literally just going to log it until it's gone."