The Greater Vancouver Food Bank Society is facing criticism over a rule change made last year barring anyone who uses the service from full voting membership. 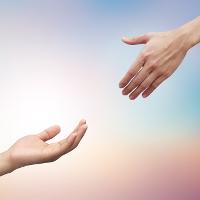 What Would Jesus Do? Close Food Banks

The membership rules undermine the dignity of people who use the service, said member Jim Spencley, who has used the food bank services intermittently over the last three years.

"We can get their charity but we can't contribute to the process," he said. "I find that offensive."

The society says it's committed to respecting the dignity of clients. After Aart Schuurman Hess became CEO in 2012, the society began calling people who used the services "members" rather than "recipients."

But they're not full members. The two-tier membership bars anyone who has received food in the past two years -- and spouses -- from being a full voting member. They can't vote on the society's future direction, budgets or the board of directors.

The rules also bar employees, contractors who provide services worth $10,000 or more and their spouses from full membership.

Food bank clients can become non-voting members for a $5 annual fee and attend and speak at the society's annual general meeting. But they have no say when it's time to vote.

The society's food bank serves about 27,000 people a week, almost half of them seniors and families with children. That's about one-quarter of the 100,000 people who used a food bank in B.C. in March 2015, according to Food Banks Canada's annual Hunger Count Survey. Province-wide, food bank use has increased almost 30 per cent since 2008.

Conflict of interest behind membership decisions: board chair

Saip said the board spent the last four to five years formalizing their membership rules to comply with the BC Society Act and its successor, the BC Societies Act, which comes into force in November. But a spokesperson for the food bank told The Tyee via email that the two-tiered membership was passed at a special annual general meeting in September 2015.

But the act says nothing about members and conflict of interest. Only directors are required to declare conflicts. Nothing in the BC Societies Act says food bank clients can't be voting members, said Kenneth N. Burnett, associate counsel with Miller Thomson lawyers. Burnett was a member of the B.C. Law Institute committee that recommended changes to the former act.

Saip said users, given the chance to vote, might want changes to the way the food bank operates or think they should receive more food, he said. That would be unfair to the society's donors. "I know some very senior ladies on pension that donate to our food bank in order to make sure this is done right. So we want to be respectful of their efforts," Saip said.

The food bank wants the participation of people who receive their food, he added. "But in order to protect the society as a whole, and the people we serve every day and continue to do that, we need to protect the integrity of the organization."

Recipients who also volunteer for the food bank can participate in monthly town halls, and any non-voting member can speak at the annual general meeting. Other changes implemented under Schuurman Hess include three pilot "hubs" among the 14 Greater Vancouver Food Bank Society outlets where soup and sandwiches are served to members café style, offering them a chance for socializing over a healthy meal. The society has launched a research program to interview members about their food bank experiences.

Graham Riches, former director of the University of British Columbia's School of Social Work and a critic of the food bank model, disagrees with the decision to deny users voting rights.

The society's voting restrictions are "perplexing," he said, because Schuurman Hess is also board chair of Food Secure Canada, an umbrella group working to advance food security and sovereignty in Canada.

Denying food bank users the right to participate in decisions about what food they receive and how the society operates undermines the concept of food sovereignty, Riches said. (Neither Food Secure Canada or Schuurman Hess would be interviewed for this story.)

Riches said he isn't surprised by the voting restrictions. Food banks often partner with major corporations, he noted, who might not be keen on full participation of clients. The food bank society has partnered with corporations like Rogers Communications, Purolator, Morton's Restaurant Group Inc., Campbell Soup, Nestlé, Chevron and Edelman Canada.

Board members ultimately steer the ship at the food bank -- setting the budget, hiring the CEO and ensuring the path that voting members have set out is followed.

The board is made up of people much like Saip, who in addition to being vice-president of business development for the Vancouver Giants hockey team is a Delta school board member and sits on the boards of the Delta Police Foundation and the BC Sports Hall of Fame.

The other eight society board members include entrepreneurs and senior managers in food services, forestry, technology and public relations, including two people connected to Saip -- Delta school district superintendent Dianne Turner and Jake Letkemann, whose plumbing business is a Vancouver Giants sponsor.

There's no indication any director has lived with poverty. Saip, despite noting that he once went bankrupt, said he's never been poor.

The Greater Vancouver Food Bank Society isn't alone in denying users the right to be voting members. Quest Food Exchange, which runs non-profit grocery stores in the Lower Mainland, allows anyone who donates food or money to attend their annual general meeting. But neither donors nor store shoppers can vote.

Executive director Colin Stansfield says the society doesn't allow people using their services to be voting members or directors. But an outreach team of five low-income people goes around to social agencies, he said, and talks with clients about food issues and their experiences.

"'How's the food system treating you these days? What kind of meals are you getting or not getting? How do you think it could be improved?' And we use that information to inform how we do our food security work."

Stansfield says every social justice organization wants lived experience on their board, but Potluck has been looking harder at what that means and whether lived-experience is a box to be checked or "do we know that people really want to be involved in that way?" he said.

"To just put somebody on the board and give them the assignment of speaking on behalf of the community is, I don't think, necessarily even right. Because no one person can speak on behalf of a community."

For Riches, it's clear food bank users should play a full role "in terms of addressing questions as to the quality of the food, the eligibility criteria for using the food bank -- opening a whole range of issues that have to do with how well the food banks are serving people." Saying they can't vote robs them of dignity, he said.

Spencley, the food bank client, acknowledges not every food bank user wants to be a voting member of the society. But for some, the chance to participate in a way beyond volunteering or handing out food could be a positive step to integrating back into society, he said.

"There are really solid people out there trying to put their lives back together," he said. "Sometimes you should listen to the customers. Maybe if you listen you might learn something."