The Conservative government may be gone, but Canadian unions still fear the zombie legislation that lives on after their decade in power. 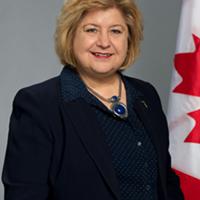 And they want more than "piecemeal" reforms to Tory labour legislation.

The new Liberal government has acted quickly on three union concerns. In January, they pledged to repeal bills C-377 and C-525, which forced unions to reveal their finances and made it harder to organize workplaces. Last week, Treasury Board president Scott Brison tabled legislation to reverse Conservative cuts to sick leave benefits for federal employees.

But ensuring the right to a safe and secure workplace will take more than "piecemeal" reversals of Conservative legislation, say two labour experts.

"The Conservatives' approach was very aggressive, very belligerent, and very hostile to unions," said David Camfield, co-ordinator of the University of Manitoba's Labour Studies program. "The Liberals want to have more consultation and better public relations, rather than forcing things down people's throats."

But the real test will be the government's approach to bargaining with its own employees this year, he said. "There's no indication yet that we'll see a change of approach to collective bargaining," Camfield said.

"The scale of the changes they made is really significant," Roberts said.

Here are just a few still-walking Tory "zombie laws" that Camfield and Roberts hope the Liberals will kill, along with a look at other issues that could define labour's relationship with the new government.

Sick leave benefits for federal employees are still likely to be a hot issue despite Brison's promise to reverse the move. The Conservative legislation cut sick leave from 15 days a year to six and ended the ability of employees to bank unused days.

The issue is certain to be on the bargaining table when the Public Service Alliance of Canada, the largest of 18 federal public sector unions, begins negotiations this year.

Roberts said it epitomized the former government's "extreme" approach to labour relations. "The Conservative government decided it wanted to book the savings from simply legislating rather than negotiating a fundamental term of employment, sick leave," he said. "It really trampled on the collective bargaining rights of federal workers."

Roberts said the Congress and its public sector members would be watching closely for a new approach to bargaining.

Bill C-4, a 309-page omnibus budget bill passed in 2013, included sweeping changes to labour law that gave government greater clout at the negotiating table. The Liberal government has promised to consult on the legislation, but made no commitments.

Camfield said federal unions had been able to turn to arbitration if negotiators couldn't reach an agreement. Bill C-4 restricted that option, leaving the decision on arbitration up to the employer. "The more confrontational option became the only option," he said.

The problem, he said, is that some federal public sector unions "are not very militant." Accustomed to the arbitration option, some don't even have strike funds.

Bill C-4 also changed how the government decides what is an "essential service," Camfield said. It gave the government -- the employer -- the power to decide which employees must stay on the job. Unions lost the ability to appeal essential service levels to an arbitrator unless at least 80 per cent of a workforce was deemed essential.

That meant that the government, as regulator and employer, could designate 79 per cent of its employees "essential," forcing the vast majority of workers to stay on the job and making a strike pointless.

"That gives the union only the most limited power," Camfield said. "It was quite draconian, a massive infringement on the right to strike."

The labour code had said federally regulated employers -- government workers and those in sectors like transportation, aviation and communications -- could refuse work based on both immediate workplace hazards and potential long-term risks.

Bill C-4 limited the definition to immediate dangers. "There is no longer explicit protection from potential dangers," Camfield said. "It shrinks the right to refuse unsafe work."

Roberts said the Congress believes the problem is worsened by a shortage of federal health and safety inspectors and inadequate resources for enforcement of safety rules. He cited long-term exposure to asbestos as an example of a situation in which "imminent danger" is not enough to protect employees. "It's precisely this aspect that makes it so important to reverse those changes," he said.

Finding a 'democratic voice' for all workers

Although most Canadian workers fall under provincial labour laws, the federal government's own labour standards sets the standard for the private sector and the provinces, Camfield said.

Working conditions have deteriorated for more and more Canadians, unionized or not, since the 1980s, he said.

"There's a broad trend towards more insecurity in the workforce and the overall degradation in the quality of work," he said. "That's something to be concerned about in general; the federal government is just part of this trend."

As employers increasingly rely on temporary workers and shorter-term contracts, it's a "quiet grind that happens so often," Camfield said -- a "new normal." He worries the Liberals may retain some of the powers it gained thanks to the Tories, despite reversing a few of the more controversial laws.

"Sure, they're not slapping unions in the face or sticking thumbs in their eyes, as the Conservatives were so intent on doing -- the humiliation, not consulting, not even going through the motions," Camfield said. "The approach has been replaced with a friendlier tone. But the substance has not changed."

Unions shouldn't relax, he advised. "The challenges workers have been facing are not going to go away. If they're going to achieve greater gains, it's only when people really fight and push."

The Canadian Labour Congress says it isn't relaxing. It wants major reforms from the new government.

"We are calling for renovating labour legislation and employment standards," Roberts said, "not just to undo what the Conservatives did but to actually create a framework and a platform for... broad changes to employment standards and labour law federally.

"Ensuring a democratic voice in the workplace and equity for all workers for a new century is going to mean undertaking much broader changes."