Federal Justice Minister Jody Wilson-Raybould's pledge to review the Harper government's prostitution laws is going to bring fire from both sides in the often-bitter debate over the issue. 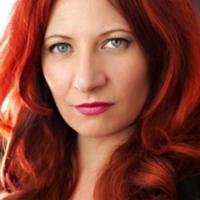 A Sex Worker's Struggle to 'Change the Code'

But Wilson-Raybould has already staked out a different position than the Conservative government, promising to consult sex workers on yet-to-be determined reforms.

Wilson-Raybould, a 44-year-old former Crown prosecutor in Vancouver's Downtown Eastside, skirted The Tyee's questions about the divisions on the issue.

"I definitely am committed to reviewing the prostitution laws, and sitting down with my officials to assess the best options, and with those they affect directly," she said in a phone interview.

Central to that review, Wilson-Raybould said, will be "listening to people who are impacted." The Conservatives were criticized for stacking the witness list for Senate hearings with people who supported their prostitution legislation.

Wilson-Raybould has her work cut out for her.

On Dec. 20, 2013, the Supreme Court of Canada struck down Canada's existing prostitution laws, saying they endangered sex workers by pushing them into the shadows and prevented them from protecting themselves. The law, which allowed workers to exchange sex for money but made almost every aspect of the trade illegal, violated their basic Charter rights, the court found.

The ruling gave the Conservatives a year to amend the laws, and last December the government passed Bill C-36, the Protection of Communities and Exploited Persons Act, which made it legal to sell sex but not to purchase, promote or provide any services related to the work.

The Canadian Bar Association warned the Senate Standing Committee on Legal and Constitutional Affairs that Bill C-36 would also likely be struck down by the Supreme Court of Canada because it endangered sex workers.

Before the bill was passed, advocates and opponents testified before Senate and House of Commons committees, revealing deep rifts on the issue.

The Native Women's Association of Canada supports the Conservative government’s approach, arguing that sex workers should not be charged but buyers, pimps and others involved in the trade should face criminal penalties.

"I get so frustrated with the conversation," the organization's president Dawn Lavell Harvard said in a phone interview Nov. 25, the International Day for the Elimination of Violence against Women. "We want to make sure that the women being victimized and exploited are not being punished when they are in fact the victims -- but that those who are exploiting, purchasing, pimping and making money are punished.”

Harvard said it's ridiculous to claim women can freely choose sex work -- although many workers disagree. "It is still exploitation, regardless of all the ludicrous arguments about it being a choice or a legitimate 'sex trade' versus prostitution. A woman has the right to do with her own body as she chooses, absolutely, but nobody has the right to sell another person or live off the selling of another person."

Decriminalizing sex workers and providing exit strategies and support services while punishing clients and others earning money in the trade is commonly referred to as the "Nordic model" because it's has been implemented in Sweden. That model was mentioned favourably by Conservatives, who touted Bill C-36 as a "Made in Canada" adaptation of the approach.

But observers are divided on Scandinavia's track record. Supporters argue violence against sex workers has dropped. Opponents counter that it continues to place women in danger and drive them into the shadows.

B.C. lawyer Sharon McIvor, with the Canadian Feminist Alliance for International Action, has taken Canada to tribunals at the United Nations and Organization for American States over violence against Aboriginal women. She rejects the argument that legalizing prostitution would make sex workers safer by not forcing them underground. It's not the location that makes johns and pimps violent, she says, and legalization doesn’t tackle the poverty and addictions that often lead to survival sex work.

"Trying to fix the prostitution piece without looking at the bigger picture -- why Aboriginal women are so vulnerable -- won't fix the problem as long as there are women and girls out there in such a dire socioeconomic state that this is what they have to do to support themselves," she said.

Naomi Sayers also testified at parliamentary hearings on Bill C-36.* She’s a law student, former sex worker and Anishnaabe woman from from Garden River First Nation in Ontario. And she says the Conservatives' law pushed sex workers into dangerous places and makes it easier for the next Robert Pickton to prey on them.

Sayers said the so-called Nordic model and its "Made in Canada" variant go against the Supreme Court decision that government can't regulate prostitution in ways that increase risks to women -- preventing them from working in safer locations or hiring bodyguards.

It's still "de facto prohibition," says Sayers, and sex workers continue to be afraid to report violence to police.

"The Nordic model doesn't decriminalize the women," she said, "it only criminalizes them in other ways.

"They're putting women directly in harm's way … Robert Pickton preyed on the women knowing they wouldn't go to the police. Decriminalization is the only answer."

Despite Conservative party attack ads alleging the Liberals would be "putting brothels in our communities," the party's election platform did not actually make any reference to prostitution.

But during the campaign, then Liberal health critic Hedy Fry -- since re-elected for Vancouver Centre -- told an all-candidates women's equality forum that her party maintained its staunch opposition to Bill C-36 and planned to scrap it.

"We will repeal it, because it does not comply with the Supreme Court ruling in the Bedford decision," she said at the Sept. 24 event. "It puts women who are on the street in a very precarious position. We have to protect women first and foremost, and we can't pick and choose which women we protect.

Hailing from Kwakwaka'wakw nation in B.C., Wilson-Raybould was elected to represent the Vancouver Granville riding on Oct. 19. She previously served as the B.C. regional chief for the Assembly of First Nations.

Sayers said she wept when she heard an Indigenous woman became justice minister; for her, it offers a "chance for change."

What advice would Sayers have for Canada's new attorney general in navigating the stormy and controversial prostitution debate?

Wilson-Raybould should draw on her experience as a prosecutor in Vancouver's Downtown Eastside, "where Indigenous sex workers have been fighting for years to have their voices heard."

"I want her to remember that these women need to be heard and have their experiences validated," she said, "whether they're exploited or there by choice."

*Story corrected at 9:00 a.m. Saturday, Nov. 28 to reflect that there were two parliamentary committees studying Bill C-36, not one. Naomi Sayers testified at the House of Commons committee, not the Senate committee.