A new round of Conservative Party advertisements return to a familiar tough-on-crime refrain. 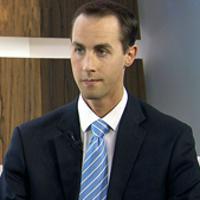 Radio ads released last week target a B.C. man who was found not criminally responsible for killing his three children in 2008 because of mental disorder.

The ads call Allan Schoenborn a criminal before Canadian courts have decided whether the man is a high-risk offender, according to new legislation passed two years ago. The Crown is seeking to label Schoenborn high-risk, which could lock him up for life.

The aim at violent offenders comes even as violent crime sits at a 40-year low, according to Statistics Canada.

Schoenborn's lawyer said it is "wrong" for the government to use his client for election leverage.

Despite all the talk of crime, there's no pledges from any of the major parties about mandatory minimum sentences for political expense fraud, or a three-strikes law for tampering in elections.

The Tyee asked some government watchdogs what crimes committed in the halls of power they would like to see the government "get tough" on.

David Christopher of OpenMedia, an Internet freedom advocacy group, said he'd like to see the government boost resources to stop authorities from spying illegally on Canadians.

Christopher argues while laws exist to protect Canadians from things like warrantless surveillance by organizations such as the Canadian Security Intelligence Service, the feds have made it nearly impossible to enforce them.

"The current situation in terms of oversight is ridiculous," he said. "We've seen the spy agencies' budgets really balloon over the years whereas their respective monitoring bodies' budgets have effectively been flatlined."

Almost two years ago, Christopher said, the information and privacy commissioner published recommendations about the oversight of Communications Security Establishment, which "safeguards" Canada through digital information. The recommendations were ignored, he said.

As well, in 2012 the CSIS Inspector General's Office was abolished, and Christopher said it should be reinstated and given powers to oversee they agency on a day-to-day basis.

"A criminal act of the government was simply abolishing the CSIS inspector general," he said. "That office was responsible for the real-time oversight of CSIS."

2. 'Zero tolerance' for politicians who act above the law

Dermod Travis of Integrity BC said he believes people want to see Canada's political class held to the same legal standards as the public.

Travis said too often political parties -- especially those in power -- will impede access to documents that may prove they contravened laws.

"I think we saw that with the Mike Duffy situation where documents came to light at a later point that should have been provided to the RCMP at the first stage of the investigation," he said. "Every time you see that happening it reinforces public cynicism."

In the Duffy case the Prime Minister's Office said certain emails in the case had been deleted, but they eventually surfaced.

He said there's a perception among the public that the political class will use any means it can to avoid getting in front of a judge, and too often such efforts are rewarded.

He said Canada has to ensure records cannot be destroyed or withheld only to mysteriously appear later.

To curb these and other power games, Travis recommends the frequent appointment of special prosecutors, such as those in B.C., on a federal level.

3. 'Crack down' on meddling with freedom-of-information requests.

Mount Royal University journalism professor and freedom of information advocate Sean Holman said he'd like to see authorities have the tools and gumption to crack down on partisan interference with information requests.

Access to government records is an important part of democracy so the public can keep track of what its politicians are up to, contend FOI champions.

"While previous governments have been accused of doing the same thing I think it would be fair to say that the Harper administration has been more robust than its predecessors in this way," he said.

Holman said legislation requiring the government to release some records as a matter of course, not as a matter of request, would be one way to combat the hiding of information from the public.

"What we have seen is the stick of public disapproval is not enough to force change and for compliance," he said. "We have let the government get away with these things."

The people who perpetrated the robocall crimes in the 2011 may still be out there and Canadian authorities don't seem too bothered about tracking them down, said Dylan Penner of the Council of Canadians.

Only low-level Tory staffer Michael Sona was convicted in the case, which involved robotic calls claiming to be from Elections Canada directing people to the wrong polling stations on election day in 2011.

But it was a nation-wide occurrence and a judge said there were likely more people involved.

"Despite our calling on the Commissioner of Canada Elections to reopen the investigation to find those people it never happened," Penner said. "For all we know those people could be engaged in who-knows-what in this election."

He said the Elections Canada commissioner needs to be brought back under the independent department rather than under Public Prosecution Service of Canada, which reports to the Minister of Justice. The job was moved over with the passing of the Fair Elections Act in 2014.

Penner also said authorities need to be able to compel witnesses to speak to them on election fraud issues, pointing out during the robocall investigation many witness wouldn't speak to authorities.