It's "deeply disappointing and troubling" to hear top Conservatives suggest national security could be at risk if Canada accepts more Syrian refugees, said the head of Amnesty International Canada. 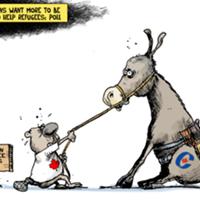 Canada already investigates all asylum-seekers, Neve said, and no one has suggested it abandon that practice.

For 14 years, Canada has tasked its border and intelligence agencies with "front-end security screening" for "all persons claiming refugee protection."

"This conflation of Syrian refugees with terrorists is disingenuous," Neve said. "It's absolutely overstated and exaggerated, and it's toxic."

National security experts have said that while the risk of terrorists posing as refugees is a fair concern, it doesn't mean the federal government can't bring in more refugees.

"I think it's possible to do a large-scale operation of assisting refugees that has a thorough screening component for security reasons, if there was enough political will to do so. I think both can be done," Scott Watson, an associate professor of international relations at the University of Victoria, told the Ottawa Citizen.

The humanitarian crisis briefly derailed the election campaign this month after the drowning death of three-year-old Kurdish refugee Alan Kurdi, whose family had hoped to join relatives in British Columbia but gave up after Canada rejected his uncle's application.

The Conservatives have so far resettled 2,500 Syrian refugees. Last January they vowed to accept a further 10,000 from both Syria and Iraq, and in August promised to up that number by an additional 10,000 if re-elected, according to the Canadian Press. Last week they promised to accelerate the process to bring those 10,000 people within a year -- but only if they can all be security screened.

With an estimated 12,000 children killed in Syria's bloody civil war, The Tyee asked Neve if Canadians' concern for the plight of refugees -- or their attention span -- will endure long enough to push the federal government to increase its commitments.

This interview is edited for clarity and length.

The Tyee: We hear this idea that the refugee crisis is a complex political issue -- that we can't accept them all, so how many can Canada handle? But many of them, by virtue of being refugees, are fleeing horrendous situations. Children have seen or experienced a lot of violence, people are literally fleeing for their survival. That often seems left out of this discussion.

Alex Neve: For quite some time, there was quite a bit of sterility around how people were understanding and appreciating this. A lot of the news coverage talked about "migrants," not refugees. It somehow made it safer and easier to ignore them if we imagined these were simply people on the move.

Be it in rickety overcrowded boats on the Mediterranean or the back of overpacked cargo trucks in Austria, overwhelmingly we're talking about people fleeing countries like Syria, but also Eritrea, Sudan and Somalia, in the midst of terrible armed conflict and widespread horrific human rights violations; and who are, by the very definition of the United Nation's treaty on refugees, just that: they are refugees, they have rights, they need safety. That's only now finally started to come through to people. In many respects, it was that heart-wrenching photograph of Alan Kurdi that finally started to shift the debate.

What do you say to people who argue that we can't just let people in as refugees because they could be dangerous, could be ISIS members, or aren't really refugees?

It has been so deeply disappointing and troubling to hear that kind of rhetoric from the prime minister and others. This conflation of Syrian refugees with terrorists is disingenuous.

There is absolutely no one -- no refugee-serving organization, advocacy group, human rights group -- that is saying, "Don't screen refugees, just bring them all here, open the doors." We have always screened refugees before they come to Canada; we're doing it now, and we should continue to screen.

It's also dramatically overstated and exaggerated, because there's no one out there pointing to ISIS fighters jumping into those rickety boats and starting off on these journeys trying to make it to countries like Canada.

It is yet one more chapter in an unfolding story over several years now of hearing from our government this kind of ugly, poisonous terminology when talking about refugees as "bogus," as "cheats," as "threats," and spreading this sense that we need to be suspicious and restrictive. It's laid the ground for a horrific wave of punitive and mean-spirited laws and policies in Canada. And it erodes what should be the basis for our response to refugees: compassion and understanding.

We've known about this crisis for years, but it really took the death of Alan Kurdi to get a lot of people to wake up to it. What will keep that attention focused, so it's not just a blip on the headlines before we go back to our daily lives?

That is the concern here. In the world we increasingly live in, people's attention spans -- and the media and political attention spans -- are so short. We can't let that become the reality here. Canadians have demonstrated that they are deeply concerned. Groups of Canadians right across the country who have responded with, "I want to be part, along with my neighbours or my co-workers, of a group that will bring a family here." Even though there still are challenges, that's absolutely something people should go with if they're able.

Clearly, advocacy needs to go ahead: signing petitions and writing letters making it clear to the government we expect action, we expect leadership, we expect the barriers and obstacles to be dealt with, we expect a more generous commitment from the government around government-sponsored refugees. Voices need to continue to speak out so the government doesn't move on and figure that no one cares about this anymore.

There still are incredibly pressing needs in the region. There are about eight million people who have fled their homes in Syria but are not able to cross a border. They're in danger. There are four million refugees living in desperately squalid and overcrowded refugee camps in Turkey, Lebanon and Jordan.

All of the aid and relief efforts needed to ensure they're safe and cared for are dramatically underfunded right now. The UN says it has only about 50 per cent of the pledges from governments to cover the cost of work that needs to be done in the region. Canada has already been quite generous in supporting those efforts, but we need to go further.