Brad Zubyk, a lobbyist with ties to the federal and BC Liberals and Vision Vancouver, had a $2,000 fine rescinded by the provincial lobbyists' registrar, but still must pay $1,500 by Sept. 29. 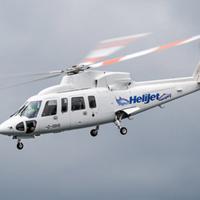 Lobby Group Offers 'Behind the Scenes' Access to Gov't Ministers

Registrar of Lobbyists Elizabeth Denham found that Zubyk failed to register as a lobbyist for Urban Impact, a Richmond-based recycling company, within the required 10 days.

Denham upheld the initial finding by investigator Tom Mots on Zubyk's failure to register. But she rejected Mots' finding that Zubyk had named the wrong client. Mots had found that Zubyk should have identified Recycle First, a coalition of 11 companies including Urban Impact, as the client.

Denham noted Zubyk's explanation for his late registration "had shifted over time." First Zubyk said he was waiting for a signed contract from the client. Later, Zubyk said he had not realized at first that the contract would require lobbying the provincial government.

Zubyk was hired in 2013 to build support for Metro Vancouver's Bylaw 280, which would have ensured waste was processed within the region. Environment Minister Mary Polak overruled Metro Vancouver and scrapped the bylaw last fall, based on industry fears that it would create a regional garbage and recycling monopoly.

Denham agreed with Mots' position that the infractions were "not merely technical."

"Failing to keep information in registrations up to date and accurate undermines the ability of the public to know who is actually attempting to influence government at any point in time, thereby, defeating the goal of transparency," Mots wrote in his decision.

Zubyk was an aide to NDP Premier Mike Harcourt in the 1990s and is a partner in Wazuku Advisory Group. Wazuku was involved in the Concerned Citizens for B.C. campaign, headed by former Christy Clark-aide Jim Shepard, which ran pre-election attack ads against NDP leader Adrian Dix.

Zubyk was a strategist involved with the Vision Vancouver 2008 campaign and federal Liberal campaigns in 2008 and 2011. He did not respond for comment.