One day after the transit referendum result killed an unprecedented consensus among regional mayors on a 10-year transportation plan, a BC Liberal party's communications officer fired off an email to party supporters, praising Premier Christy Clark's government for holding the vote. 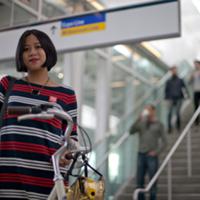 Proud Planner: 'I Work for TransLink'

Jillian Stead wrote that some party members will be pleased that 62 per cent of voters rejected the $7.5-billion transit expansion strategy while others will be disappointed. "But as BC Liberal supporters, we should all be pleased that our government delivered on our platform commitment to give voters their say."

The party line had a somewhat disingenuous tone given that many BC Liberal supporters believed that Clark's election promise to hold the referendum was folly.

"While I have been a Liberal supporter for my entire life in B.C., I am not at all pleased that the 'Liberals delivered on their campaign promise,'" replied Geller.

"Quite the contrary. For you to send out this message is like rubbing salt in the wounds. What were you thinking? I am sure I am not alone in feeling a total level of disgust with this email message."

Geller's remarks reflect questions that have stalked the referendum from Day One: was the vote about good governance or just crass politics? Are referendums any way to discuss the long-term transportation needs of a region?

Key supporters of the Yes side, from both the right and left, never wanted the sales-tax financing strategy to become a referendum question because they knew a tax-increase is always a tough sell. Coquitlam Mayor Richard Stewart, a former BC Liberal MLA, was so angry with Stead's email that he told the party to take him off its mailing list.

Ransford was quickly rebuked on Twitter for being anti-democratic with one critic arguing that "elitists do not know better than the average Jane or Joe."

But University of British Columbia political scientist David Moscrop said that most politicians and experts engaged in a public policy review actually do know more than many citizens "because it is their job to know more."

He believes Premier Christy Clark cynically put the complicated transit financing issue to the "average Jane and Joe" in order to insulate herself from political fallout over tax hikes.

But while Clark was abrogating her responsibility to make tough decisions for the long-term health of the region, the referendum question was predictably defeated, placing critical transit expansion and Metro Vancouver's livable region growth strategy in peril.

The Clark government, said Moscrop, downloaded onto voters the "unenviable role of political self-representation: a job for which few of us are equipped when it comes to long-term, highly-technical issues."

Moscrop, a PhD candidate, studies the psychology of political judgment. The political theorist said that it's "complete bullshit" to call representative democracy "elitist" when it comes to issues such as long-term transit investment.

"It wasn't about elite versus masses. It was about what is the best way to make decisions in a democracy."

Moscrop said that representative democracy was designed not just to express the will of the people, but also for "accountability, some degree of technical expertise, and measures for making difficult and potentially unpopular decisions that... are tough in the short-run, but essential in the long-run."

Citizens' assemblies, involving lengthy deliberation, can be a useful form of direct democracy, said Moscrop. "Average people, given the time and resources, can come up with perfectly reasonable policy positions. But that is not what a referendum involves."

'Not a straight yes or no'

Anne Golden, a former Conference Board of Canada CEO who recently chaired a transit investment panel in Greater Toronto, holds a similar disdain for politicians who seek cover through plebiscites.

She told a Vancouver audience last year that the "line between democracy by plebiscites and mob rule is very thin." She also said that developing a strategy for a multi-billion-dollar transit plan "cannot be easily translated into a single, simple referendum question."

Golden said Friday that her earlier remarks about the folly of conducting politics through plebiscite was confirmed by the resounding defeat in Metro Vancouver of the proposed 0.5-per-cent sales tax to fund transit.

"I don't believe in referenda as a way to set policy because policy-making is usually not a straight yes or no. There are trade-offs and consequences to be understood," said Golden.

"Right now people are saying they don't want to pay more taxes and they don't trust TransLink. Whatever. But in the longer term, they have voted down a transit plan that would have benefited everyone there."

One of the referendum's ironies, said Golden, is that while distrust of TransLink was a key factor for the No victory, the agency is regarded by most experts as one of North America's most effective transit agencies.

Yes side backer Ransford, a communications and urban design consultant, said the Yes side could never successfully counter the negative public perception of TransLink and a general unease over the cost of living.

Another factor working against the Yes side was the strain of anti-tax, anti-government populism that has a long history in B.C. and which is easily stoked in a referendum.

"When you give voters direct participation in a referendum, there is a natural tendency to challenge those who have been our political representatives," said Ransford. "It's why you shouldn't mix direct democracy with representative democracy. It doesn't work well for complex public policy decision-making."

Simon Fraser University urban studies director Gordon Price similarly did not favour holding a referendum. But the former Vancouver councillor believes that the Yes side could have won had the rollout of the referendum question lasted one or two years -- as did similar transit referenda in the U.S. -- and if the Clark government had vigorously campaigned for it.

Instead, Clark stood on the sidelines, unwilling to take any heat.

"This was a political exercise on the part of the premier. The question is: do we have to do it again? Is she saying that we are prepared to have a second-rate transportation system?"

Clark to mayors: Over to you

The B.C. government's post-referendum talking point is that it is now up to the mayors to find a way to come up with their one-third contribution, presumably through raising property taxes, a move which would obviously outrage many homeowners throughout the region. Presumably, unlike the sales tax hike, a property tax increase would not be put to referendum.

"It's about political choices," said UBC's Moscrop, "and the government can't say that the project is too expensive and people are under the gun, and then say that it's actually up to the mayors to raise the money."

SFU's Price similarly said the province's referendum was an expedient but unnecessary choice because the tax money was there for transit expansion. He recalled how earlier this year the Clark government decided to phase out a higher tax bracket for people with taxable incomes greater than $150,000 -- tax revenue that could have gone a long way to financing the transportation plan.

Moscrop said the Yes side had the money and the machine but couldn't counter the negative spin put out by the No side about TransLink. In political campaigns, strongly negative positions resonate more with voters than ones with a positive frame. "The power of dislike is much stronger than the power of like. You are more likely to vote against something than you are to vote for it. And that was the strategy used by the No side."

Many voters also substituted the referendum question, said Moscrop, with their own questions. "Do I like TransLink? Do I like Christy Clark? Do I like it when buses drive by me? Do I like how single-family homes are being torn down and replaced by dense development?"

There is also another dynamic in a tax referendum called "loss aversion," said the UBC political scientist. "People are far more sensitive to losing something than they are interested in gaining something. So the idea of losing money versus gaining better transit falls into that classical model."

In the absence of any Plan Bs, a big question is what happens to all the community plans and proposed dense residential developments (the Jericho lands), which were based on transit. "So many dense projects are being developed around transit," said Price. "Now neighbourhood groups opposed to dense development will have a solid argument because there won't be enough transit."

No doubt, some on the left won't shed any tears for developers upset that the referendum result could undermine their transit-linked developments.

But, asked Moscrop, how does the region get more affordable housing and accommodate all the people expected to arrive here in future decades if not with denser neighborhoods close to transit?

"Put up a gate around the region and not let people in? Develop the ALR?"