For transgender Canadians wishing to update their identification documents, a year has made all the difference. 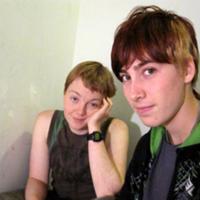 Since 2014, B.C., Alberta and Manitoba all passed legislation to allow gender changes on personal records without proof of sex-reassignment surgery. As of April 2015, the same goes for federal citizenship documents.

While recent policy shifts have made gender transitions easier than ever before, new rules, forms and fees present uncharted territory for B.C.'s transgender community.

It took three years for writer and artist Josie Boyce to change the gender on her government-issued identification cards. ''I feel good about where I'm at now, but it was very frustrating,'' she recalled of the process. ''You think you've got all the forms and they tell you, 'Oh no, you need to get this other form now, this letter from your doctor means nothing now,' and I'm like, well it did a month ago."

The process can also be costly. While Boyce says it ended up costing her about $500, some pay upwards of $1,000 for new personal records. This cost includes fingerprinting, an RCMP criminal check, a new birth certificate, and new identification cards.

''You really are on your own doing it. They don't offer you a lot of guidance or help,'' added Boyce, who has been unable to make changes to her birth certificate. Boyce was born in New Brunswick, which still requires sex-reassignment surgery.

Morgane Oger, chairperson of Vancouver's Trans Alliance Society, also navigated the process of changing her documents provincially and federally. ''As soon as it was possible to change my driver's license and medical insurance MSP card, I jumped on it and I was one of the first,'' she said.

While she found the provincial process easy, the federal changes have been much more time-consuming.

''I'm still waiting for the federal authorities to give me back my proof of citizenship,'' she said. ''After almost 18 months now, I not only don't have proof of Canadian citizenship but my passport is also invalid because it's under a name that is no longer my name.”

The process prevented her from leaving the country for more than a year. ''I'm not actually an exception. There are lots of people who have been waiting longer to get their passport applications or get their citizenship card changed in order to get a renewal passport,'' she added.

On May 21, after more than a year waiting, Oger received her updated proof of citizenship from Citizenship and Immigration Canada.

In Vancouver, some of the first to navigate Canada's new legal process have banded together to support those who are next in line. The Trans Alliance Society is working on a bursary to support Canadians changing their name and gender on documents.

The advocacy group aims to support four to five people through the Lived Identity Bursary, which will rely on fundraising. A recent poetry reading event at Heartwood Cafe raised $500 for the cause and featured performances from members of the transgender community.

''The trans community is pretty diverse so it's not like we hang out together all the time,'' Boyce said of the event. ''We have a lot of different interests and different politics.

''It's nice to have an event that's sort of focused on stuff we all have to deal with.''

As the bursary fund grows, Oger hopes to leverage members' personal experiences to provide other kinds of documentation assistance. The May 15 poetry and storytelling performances will be featured in a documentary about Heartwood Community Café on OutTV.