There has so far been no RCMP investigation into the matters that led to seven firings from the British Columbia health ministry in 2012, but the police may yet open one. 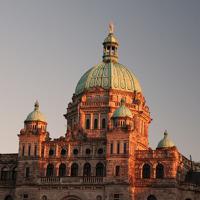 The Vancouver Sun reported today that the RCMP did not conduct an investigation because the health ministry never provided any evidence of wrongdoing.

But the government has since sent the police the results of another internal investigation, this one led by Dan Peck, the director of the forensic and investigations unit in the office of the comptroller general.

Peck's review was to look at suspected financial improprieties, contracting procedures and alleged conflicts of interest.

It is unclear whether Peck's review contains information that would cause the police to open an investigation, and an RCMP spokesperson did not respond to emailed questions by publication time.

Dean Miller, a constable in the RCMP's 'E' Division that looks at federal serious and organized crime, wrote in documents obtained by the Vancouver Sun through a federal Access to Information request that if an investigation were to take place, it would not likely occur sooner than summer 2015.

The report is not available to the public, but Edwardson said Finance Minister Mike de Jong has previously said that he believes it should be released in accordance with the Freedom of Information and Protection of Privacy Act.

The RCMP documents say the intention is to release Peck's report once the police and the province have had a chance to review it.

Edwardson said the RCMP had asked to see the comptroller general's report regardless of its findings.

The terms of reference for the comptroller general investigation, as the Vancouver Sun's Vaughn Palmer reported in October 2014, were to look into "suspected financial improprieties in procurement and contracting procedures in the pharmaceutical research division of the ministry of health."

The investigators were to look at the suspected improprieties "in order to confirm or dispel the allegations in these areas."

In September 2012, then health minister Margaret MacDiarmid announced allegations related to data management, contracts and conflicts of interest that would lead to seven firings and the freezing of several drug research contracts.

The government has since reinstated two of the people who were fired, settled out of court in three wrongful dismissal and defamation lawsuits, had independent lawyer Marcia McNeil review what went wrong with the firings, and apologized to the family of Roderick MacIsaac who committed suicide after being fired from his co-op job with the ministry.

The Tyee reported in October 2012 that the RCMP was in a "holding pattern" and waiting for more information from the province before launching an investigation. In February 2015, the NDP released documents showing the RCMP was still waiting in 2014.

The RCMP records released today confirm there has so far been no police investigation into the allegations that led to the firings. "Despite inferences in the media that the RCMP has undertaken an investigation or received information from the Province, this has not been the case," Constable Miller wrote in November 2014.

"No tangible evidence or reports related to the investigations have been handed over," Miller wrote. "As such, no investigation has been initiated."

A health ministry investigation led by Wendy Taylor provided only "high-level explanations of the allegations" to the police, and according to Miller the ministry probe "had not reached any conclusions that could support a criminal investigation."

The RCMP documents show the government "maintained the pretence" of a police investigation even after the RCMP told the province in summer 2014 that it had nothing to investigate, said Adrian Dix, the MLA for Vancouver-Kingsway, in a media release. He renewed his call for a public inquiry into the issue.

Lawsuits that Rebecca Warburton and her husband Bill Warburton filed against the government remain before the court. Rebecca was a co-director of research and evidence development in the pharmaceutical services division. Bill was a researcher who had a $1-a-year contract that gave him access to health ministry data.