A former assistant to Todd Stone, the transportation minister for British Columbia, alleges he was instructed to delete emails that were subject to a freedom of information request and that he believes the destruction of such records is widespread in the government. 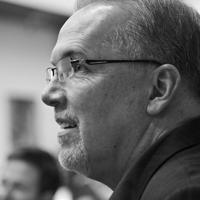 The FOI request had to do with missing women and the Highway of Tears between Prince George and Prince Rupert in northern B.C., Tim Duncan wrote in a letter to Elizabeth Denham, the information and privacy commissioner. Duncan was the executive assistant to Stone, appointed via a cabinet order on Oct. 14, 2014.

"When the Minister's office received this request, I searched my email for any correspondence we might have and received over a dozen hits," he wrote. He wrote he told another official in the office, George Gretes, the ministerial assistant to Stone, about the emails he had.

"[Gretes] came over to my desk, took a quick look at the list of emails on my computer screen, and promptly directed me to delete them," Duncan wrote. "When I hesitated, he took away my keyboard, deleted the emails and returned the keyboard stating, 'It's done. Now you don't have to worry about it anymore.'"

The NDP released the letter to the media and raised the issue in the legislature Thursday.

Gretes did not respond to phone calls or an email message. The person answering the phone in the transportation minister's office said Gretes would be in meetings all day.

"I'll be having a pretty frank conversation with Mr. Gretes and others in my office," Stone told reporters. "We'll be following this quite diligently and very quickly."

Stone said he takes the allegations seriously. "As minister I expect the staff who work in my office to adhere 100 per cent to the requirements of the applicable legislation and I expect that to be the case each and every day."

The legislation is "crystal clear" that once an FOI request comes in for documents they need to be retained, even if they would otherwise be considered transitory, he said. Staff are given training on the FOI law, he said.

Premier Christy Clark said in the legislature that the government is working to make sure everybody knows the rules and understands how to comply with them. "All staff are expected to live by the rules and make sure that they are abiding by all of the expectations that are very clearly set out," she said.

Duncan wrote in his letter to Denham that when FOI requests come in, political staff shouldn't be trusted to self-report whether they have applicable records. "This allows for misconduct to occur, and often a 'No records' response to be reported," he wrote.

He added, "It is my belief that the abuse of the Freedom of Information process is widespread and most likely systemic within the Clark government. I would ask that you please look into this further."

'They know I'm telling the truth'

In an interview on the phone from Calgary where he now lives, Duncan said the Highway of Tears incident happened in November 2014, about three weeks after he started working in Stone's office. Ministry officials get hundreds of emails a day and generally save them, he said. "Most staffers are saving up the emails and deleting them when they get a request," he said.

Staff are given training on how to comply with FOI laws, but then are told by superiors to disregard the training, he claimed. "The hypocrisy drives me nuts."

The families of the murdered and missing women deserve better, he said, adding that he sympathizes with them since his own father was murdered in 2010.

Duncan said he has heard some of his former colleagues are describing him as disgruntled, but said their energy would be better spent fixing the problem. "I'm telling the truth," said Duncan, who has held political jobs in Alberta and federally for 21 years. "They know I'm telling the truth. What more can I say?"

In a prepared statement, Commissioner Denham said the letter from Duncan outlines "serious allegations of destruction of records... where records responsive to an access-to-information request were willfully and deliberately deleted."

She said her office has been in touch with Duncan and that she is determining the next steps in an investigation.