Many of the newly elected NDP MLAs in Alberta have never known another party to be in power. They are in their 20s and 30s. At that age, the thought of creating change in the province can be overwhelming. Forming a government itself seemed an unheard of proposition. 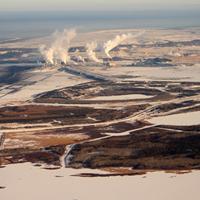 "I had been thinking it's time for a change and realized I could be part of that change," says Crystal Wolyshyn, a campaign volunteer in Edmonton-Glenora, where she helped Sarah Hoffman unseat a sitting Progressive Conservative cabinet minister.

At 32, Wolyshyn realized it was time to get involved in politics, and find a candidate that speaks to her.

"Being complacent isn't going to help, and the more people who come out, then we will see change," says Wolyshyn.

She was part of an army of young volunteers, campaign workers and candidates who worked to elect one of the youngest caucuses in the province's history, which toppled the Progressive Conservative government, which reigned for nearly 44 years.

And with the highest voter turnout in the last 22 years, it's clear Albertans were ready for a more representative government.

The 53-member caucus is younger and more diverse than any previous caucus of the past 44 years. Rachel Notley's New Democrat government has set the record for most women in caucus at 45 per cent. Openly gay MLAs have been elected for the first time in the province. And with MLAs in their early 20s, the median age of the caucus is about to drop. The elected party represents an Alberta that has been slowly changing, unnoticed to the rest of the country.

"There has been a demographic shift," says political science professor Ian Urquhart. "My generation and the one that's older than I am, we can't afford to take as much as we've been taking. There are stunning inequalities that need to be addressed."

This shouldn't come as a surprise to Albertans themselves. The province has the youngest population in the country.

The median age, which is now more accurately reflected in its elected provincial representatives, is 36.5, four years younger than the national average. Alberta also has the highest proportion of people who are of working age, something that may have contributed to a growing concern among voters over class sizes in schools, daycare spending, and social services.

In Edmonton South West, the new MLA is Thomas Dang, 20. The second-year computer science student at the University of Alberta became involved in politics to call attention to cuts to education. He hopes that experience assists with the pressing areas in his riding.

"We really want to make sure that we have enough schools and teachers for our students there," says Dang.

Heather Sweet, 33, is a social worker and public servant.* On Tuesday, she defeated Tory incumbent Gurcharan Garcha in Edmonton-Manning. She's getting ready to set up her constituency office in Edmonton's north end. "I'm passionate that constituents know who I am and that they can connect with me," says Sweet.

Sweet was a member of the political mentorship group, Next Up, which she says taught her that there are many ways to change the world through politics.

"It's not just specific to labour or politics, it's people coming together to create change in a variety of ways," says Sweet. "It keeps you grounded and connected to community."

The idea of community and mentorship was key to the NDP caucus, which last week numbered just four members and has mushroomed to 53.

Sweet and Dang both say NDP MLA David Eggen encouraged them to run. "He's a teacher so he's great at encouraging people to go and do what they want to do," says Sweet. Those skills will be important in bringing together 49 brand new MLAs.

*Correction: May 7 at 9:45 a.m. A previous version of this story incorrectly identified Heather Sweet as a mother.