Changes to the Temporary Foreign Worker Program will force the removal of tens of thousands of workers from the country starting today. 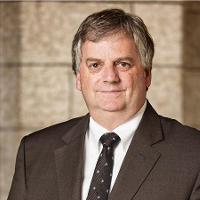 This will have an immediate impact not only on workers who have been in the country for more than four years, but also on industries that use foreign workers such as restaurants, construction and the agricultural sector.

The new rules will apply to an estimated 70,000 temporary workers, migrant advocates claim, but the exact number is not known and has not been revealed by Citizenship and Immigration Canada. Under the rules, workers who have been in the country longer than four years must leave. Once out of the country, they can't re-apply for another work permit to enter Canada for another four years, hence the "four-in, four-out" description.

There are more than 300,000 temporary foreign workers in Canada.

The "four-in-four-out" policy was announced in 2011 amid public debate over whether the program was replacing Canadians' jobs and exploiting non-Canadian labourers at the same time.

Many foreign workers have been in the country longer than four years and they had hoped the program would lead to permanent residence in Canada. Migrant advocates argue that the new policy is unfair and will uproot families from their communities.

"It's going to change their lives without there seeming to be a logical reason for it," said Toronto-based organizer Tzazná Miranda Leal of the Migrant Workers Alliance for Change, Canada's largest foreign worker coalition.

"It doesn't make any sense to the workers, to their employers, or to the economy."

The new regulations are aimed at addressing complaints that foreign workers brought to the country take jobs from Canadians. Investigations by The Tyee and CBC revealed widespread use of the foreign worker programs in the mining, banking and fast food sectors, leading to wide-ranging reforms which were announced last June.

However, the new rules have caused anxiety and frustration among foreign workers, Miranda Leal said.

"Many are upset that they were able to come to Canada -- their employers certainly want them back and have been bringing them back year after year -- and this is just an arbitrary timeline the Government of Canada has imposed on workers," Miranda Leal said.

Fay Faraday, a law professor at York University's Osgoode Hall said the four-in-four-out rule is part of a broader system that will cycle workers in and out of the country.

Faraday said the new rules are a blow to long-time foreign workers, but noted that new foreign workers brought to Canada will also pay a price because their chances of applying for residency or work permit renewal are reduced.

"It creates more and more uncertainty for the workers," she argued. "Their tenure in the country is shorter and the possibility of renewing a work permit is more uncertain."

However, an official with Citizenship and Immigration said the foreign worker program was never meant to provide permanent residence.

Rather, it was designed to "address temporary labour and skills shortages," spokesman Rémi Larivière wrote in an emailed statement.

Neither the ministry, nor Employment and Social Development Canada, would make anyone available for an interview.

Larivière said there are ways for foreign workers to become permanent residents if they are "qualified," adding that workers and employers "have been aware" of the four-year limit since 2011 and therefore had plenty of warning of today's deadline.

He argued that limiting the amount of time a foreign worker may stay in Canada encourages workers to use "appropriate pathways" to permanent residence.

But advocates argued that it is very difficult for low-skilled workers to gain residency. In fact, many foreign workers use the program to come to Canada for more than four years.

"I know folks who have been coming for 10 years," she said in a phone interview. "How temporary can that be? You build a family, a community, a network -- you grow roots down.

Even labour unions, which have expressed opposition to entire temporary foreign worker program, are urging that long-time employees be exempted from the policy.

"We're still calling for the program to be shut down," said Alberta Federation of Labour president Gil McGowan. "But we're asking the government to grandfather in temporary foreign workers already in the country.