Two different Canadian labour organizations in the country are mounting efforts to ensure the vote goes their way in this year's election. But the effectiveness of their varying approaches is up for debate. 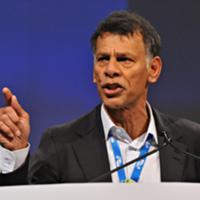 Labour unions in Canada have been especially vocal against Conservative government policies such as Bill C-377, which would force unions to provide financial statements for public disclosure.

Displacing the current prime minister on union strength is possible but not a given, said Duff Conacher, an advocate for ethics in government and visiting political science professor at the University of Ottawa.

Conacher said that if 10 per cent of the unionized workers across Canada brought an average of 1.5 new voters to the ballot box, it could have a major impact on the election.

According to the Canadian Labour Congress, there are approximately 4.7 million union workers in the country. If 10 per cent of them brought in 1.5 new voters, there could be 705,000 new ballots cast.

It's impossible to tell what party such a surge would benefit, Conacher points out, because it is not easy to predict how the vote would be split.

Still, getting big, new numbers out to the ballot box is only part of the challenge, and labour groups across Canada are trying different approaches to influence for whom those ballots are cast.

In Quebec, the Fédération des Travailleurs (federation of workers) is targeting as many as 10 specific ridings it fears could be won by a Conservative candidate, including Louis St-Laurent, Lac St-Jean and Portneuf-Jacques Cartier. Those ridings are in the north and east of the province.

Johanne Deschamps, political advisor for the FTQ, said the targeted ridings are most at risk of a Conservative victory because the party has held them in the past.

"We're looking at those ridings because we think the Conservatives could take them back," Deschamps said.

Deschamps said that up to 30 per cent of union members in Canada will vote for a Conservative candidate, even though labour groups argue it is against their interest.

The FTQ says it will begin by meeting with members throughout locals in the targeted ridings to explain how a vote for the Conservative party can hurt their future.

The federation could then take its education campaign outside of the federation and canvas residents in the ridings with door knocking and phone calls.

"We're going to be supporting the NDP, or the Liberals or the Bloc," Deschamps said. "It's not for a party -- it's against the Conservatives."

Deschamps said the federation has poll results that show the ridings they've chosen are where they can make the most difference based on results in the last three federal elections.

But Conacher said polls don't really mean much until a few days before the election, when undecided voters start making decisions. When it comes to voters, Conacher said, you can't predict the future based on the past.

For example, Conservative candidate Tony Clement won his Ontario riding by fewer than 30 votes in 2006, only to win it by 11,000 votes in the following 2008 election.

"What clearly seemed like a swing riding was not," he said. "Swing voters swing; you are not in their minds, and you are not going to be able to predict what they're going to do."

Meanwhile, the Saskatchewan Federation of Labour has dedicated its resources to focusing on community organization around issues, rather than candidates. The labour group believes that if more people understand the issues and where parties stand on them, then working class people will vote for their own interests.

The organization has launched Project Community, which focuses on education and issue awareness, solidarity building and electoral engagement with the goal of reaching people who aren't usually politically aware.

The initiative helps train community teams on canvassing and getting their message to the public. Then, come election time, there will be a push to get out the vote.

"We're not going to be focused on the ad wars and billboards and commercials," said Paige Kezima, community organizer with SFL. "We're focusing more on directly on the ground participation and engagement."

So far, the project has touched on retirement security, race issues and engaging young voters, she said.

Conacher said the approach will likely be more effective than targeting seats.

He said that showing people where parties stand on the issues will not only get more people voting, it will also cause political parties to care more about the public's opinion.