The federal government routinely boasts that it has created more than a million jobs over the last seven years. But the job creation numbers the government cites also include temporary foreign workers -- non-Canadians or residents brought to the country to work at jobs that employers here say they can't fill. 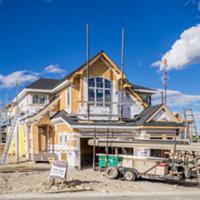 By including those temporary workers in the country's job creation numbers, the government runs the risk of providing misleading information about the true state of the labour market, said a labour expert.

Kendra Strauss, an assistant professor of labour studies at Simon Fraser University in Burnaby, said lumping foreign workers in with figures for all new jobs could provide a false picture of the labour market.

"There is a strong chance, in fact, that those numbers have influenced employment figures," Strauss said. "I think that there's a lot more work that needs to be done to try and map out what changes occurred in what sector at what time."

Unifor economist Jim Stanford says 20 per cent of net new paid employment -- meaning people who are not self employed -- went to temporary foreign workers between the end of 2007 and the end of 2012.

Stanford said due to fluctuations in the job market, it's not possible to pinpoint right now how many of the jobs in the Tories' figures went to temporary foreign workers.

The labour force survey is conducted each month by Statistics Canada surveyors who telephone 54,000 households and ask who in the home is working or looking for work.

It is from this survey that Canada gets its month-to-month numbers on how many people in the country are employed and in what field.

Statistics Canada said it doesn't have exact figures on how many jobs in its labour force survey are held by temporary foreign workers.

The survey does not ask if someone is a temporary foreign worker. However, those foreign workers are included in the "other" category along with foreign students and refugees. Statistics Canada said that category makes up about two per cent of Canada's labour force.

According to Statistics Canada figures, the number of people in the "other" category represents about 430,000 people in Canada, or two per cent of the current employment rate of 61.4 per cent.

The department said it's difficult to pinpoint the exact number of temporary foreign workers included in the "other" category because many of these workers live in hotels or bunkhouses that would be difficult to reach for the survey.

Bring to Canada as immigrants

Defenders of the temporary foreign worker program say these employees fill a labour shortage. However, labour groups argue that workers should be brought in as immigrants, not as temporary workers tied to a specific employer.

"Temporary foreign workers are brought into the Canadian labour market without the right to circulate the way other workers can," Strauss said. "When you're tied to a single employer and you can't change jobs, that might make you more attractive to an employer."

This gives more power to employers, Strauss said, because temporary foreign workers are dependent on their employers for work permits.

The program was initially started to bring seasonal agricultural workers to Canada, but now most work in low-wage sectors, such as food service. Business groups insist they are filling a labour gap.

Strauss said the number of temporary workers could also affect the market because they are competing directly with Canadians or other residents for jobs they might need.

"Not only could they be competing directly with Canadians for jobs Canadians might need, but it's not a level playing field because the labour market is being distorted by the fact that workers do not have the same kinds of rights in the labour market as other workers," she said.

In response to an email asking why the labour force survey doesn't do more to distinguish temporary foreign workers from permanent residents and citizens, Employment and Social Development Canada passed the question on to Statistics Canada's Marie-Pier Desaulniers.

According to figures from Citizenship and Immigration Canada, about 436,000 temporary foreign workers have been given permits to work in Canada since 2009, with 288,000 of them in low-skilled positions. Work permits are valid for two years and workers can reapply.

New Democrat labour critic Jinny Sims agreed with Strauss there is not enough data to precisely determine the effect temporary foreign workers could have on the domestic labour market. But Sims added she's certain the workers will have an impact.

"We're not talking about 100 people, we're talking about thousands," Sims said. "To me, whenever we look at immigration policies, especially the Temporary Foreign Worker Program, the jobs have to go to those living in Canada first."

Sims said it's not an oversight that the government is not collecting the data to determine the impact.

"This government gave up collecting data because they don't want reality to sway them in the decisions they are going to make," she said. "But they are making decisions that do have an impact on jobs."

The federal government made changes to the program last year in a bid to crack down on abuse of the foreign worker program. As part of those changes, it placed a moratorium on the use of temporary foreign workers in the food service sector.

Employers wanting to hire foreign workers must first make their case in writing to the federal government, arguing that they have made efforts to find Canadians to fill the jobs. The document, called a Labour Market Impact Assessment, is submitted to the government. In order to hire temporary foreign workers, the government must give the employer a positive impact assessment.

The government has not released the number of new positive impact assessments issued for the second half of 2014.

The changes to the program came into effect last summer and the number of positive assessments granted after that will give some indication on how much of a difference the changes made. A spokesperson for Employment and Social Development Canada said the latest assessments will be released within a couple of months.

But Sims said she doubts the changes will have made a difference.

"I'm very worried about the trend, there doesn't seem to be any easing of the visas being given," she said. "I was just talking to business man in my community, he's just had three more (TFWs) arrive."