Canadians are unaware of the size of the growing wealth gap in the country, a new report from the Broadbent Institute says. 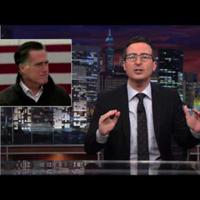 The report is to be released today along with a YouTube video narrated by Ed Broadbent, the former federal New Democrat leader for whom the research institute is named.

The report describes inequality as an issue "that crosses all geographies and demographics."

It says that Canadians underestimate the vastness of the wealth gap, holding "clear misconceptions about how deep inequality is in the country."

The findings come from a survey of 3,000 Canadians, aged 18 and over, conducted online by Greenberg Quinlan Rosner, a research and consulting firm. The respondents agreed to participate beforehand so the survey was not random.

Broadbent Institute executive director Rick Smith said the survey shows that Canadians believe that, in an ideal world, the wealthy would earn about three times more money than poor.

The institute obtained its figures on wealth distribution from Statistics Canada.

Smith said most people don't realize that the lower 50 per cent of Canadian earners own just 5.5 per cent of the wealth in the country.

Smith said the study represents the first time that researchers have looked at how Canadians perceive the income gap.

The report's findings suggest most Canadians believe the top 20 per cent of Canadian earners should hold about 30 per cent of the nation's wealth.

They believe the second highest income bracket should hold about 20 per cent of the country's wealth.

According to the report, Canadians think the poorest 20 per cent should have 11.5 per cent of the wealth. In fact, many members of this group are in debt, owing on average about 0.1 per cent of the nation's wealth.

The study's research also suggested that the wealthiest Canadians are more aware of the wealth gap than those with lower incomes.

Smith said the lack of knowledge among lower income people is the result of people not having time to pay attention to income equality issues.

"People are busy and they're primarily concerned with their own lives and I think, frankly, the gap between rich and poor has grown so bad that people have a hard time believing it," he said.

However, 84 per cent of those surveyed said they don't want their politicians to introduce tax cuts they believe would increase the wealth gap.

Smith blamed the current taxation system for punishing lower income people, pointing to the proposed income-splitting taxation plan as an example of a policy that will only benefit the wealthiest Canadians.

The plan would allow families with children to take earnings up to $50,000 from one parent and apply to the income of another parent earning less for a tax break.

The survey also found that nearly 80 per cent of those asked would "somewhat support" a tax increase on the wealthiest Canadians.

"The vast majority of Canadians want to see inequality fixed in Canada," Smith said. "They don't want to see it exacerbated."