One British Columbia cabinet minister's husband is a partner in a company that did more than $55 million in business with the provincial government last year. 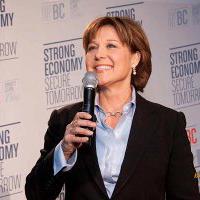 Another cabinet minister has a financial interest in a company that receives software licence fees from the Ministry of Finance and the B.C. Pension Corp. And at least two other government MLAs received gifts from foreign governments.

The details are included in the annual public disclosure statements that every MLA makes under the Members' Conflict of Interest Act. The process is intended to provide transparency on the financial interests of MLAs.

According to the disclosure filed by Justice Minister and Attorney General Suzanne Anton, her spouse, Olin Anton, receives income from work for Deloitte Management Services and partnership income from parent company Deloitte LLP.

In 2012, the website for the Chartered Accountants of B.C. said Olin Anton was made a managing partner of Deloitte Vancouver.

Via various subsidiaries, the accounting and consulting firm had significant business with the provincial government. Some assignments were high profile, such as the direct award contract for $684,000 to review data breaches from the Health Ministry that was given to the firm without taking competing bids or the audit of the Portland Hotel Society's finances before the province stepped in to replace the public housing agency's leadership.

The accounts also list $1.8 million in trust to Deloitte & Touche LLP for the Treaty 8 Heritage Trust and $857,145 to Deloitte Wealth Management Services LLP from the Ministry of Aboriginal Relations and Reconciliation.

Anton is not, however, the only cabinet minister whose spouse has business interests with the province.

The company receives subscription fees under a contract to provide website and FilePro software to the Ministry of Finance's risk management branch. Other B.C. government contracts include providing meeting management software on contract to the B.C. Pension Corporation, the Municipal Pension Board of Trustees and the Teachers' College and Public Service Pension Board of Trustees. 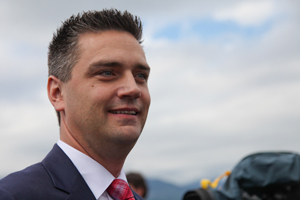 The company's income includes "annual subscription fees from approximately 425 contracts with various school boards, universities and municipalities throughout Canada and the United States." The bulk of them, some 220 contracts, are from institutions within B.C., Stone's statement said.

A few MLAs declared gifts, including a couple who received tickets to watch the Vancouver Canucks, and several received complementary memberships to the Union Club of British Columbia in Victoria.

John Yap, who in 2013 resigned as the minister responsible for multiculturalism amid the multicultural outreach strategy scandal, declared two trips courtesy of foreign governments.

One, received Dec. 6, 2013, was from the Government of Taiwan "for various meetings" and included "accommodation, meals, local transportation and token gift valued at $1,350."

The other was a visit to China, received March 22, 2014, with the bill paid by the Central Government of China and the Provincial Government of Fujian. The $3,950 tab included "accommodation, meals, transportation and souvenir gift."

Steve Thomson, the minister of Forests, Lands and Natural Resource Operations declared that he received a "Franc porcelain Chinese vase valued at $450" on Oct. 15, 2014. His statement said it came from the "Ministry of Housing and Rural Development," though it did not specify which jurisdiction that ministry is in. A spokesperson for Thomson said the vase came from China and was given to him during the forestry trade mission to Asia.

International Trade Minister Teresa Wat declared she'd received an iPhone 5s in 2013 worth $720 from Tianjin Renai Group. The firm is a Chinese real estate company that also has interests in education, steel and iron, a spokesperson for Wat said.

Amrik Virk, who earns around $150,000 a year in salary as a cabinet minister, is also receiving a pension from the RCMP and a disability pension from Veterans Affairs.

Several cabinet ministers, including Premier Christy Clark and other MLAs, kept their investment holdings secret on the grounds that they are held in a blind trust, a practice conflict of interest commissioner Paul Fraser has allowed to proliferate in recent years.