Two months before provincial investigators wrap up their postmortem of the Aug. 4 Mount Polley tailings dam collapse in the British Columbian Interior, a leaked review of another Imperial Metals' mine singles out risks of leaks, stability problems and landslides around the project. 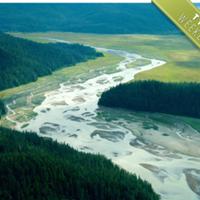 The Tahltan Nation-commissioned report by Vancouver consulting firm Klohn Crippen Berger into the Red Chris copper and gold mine in northwestern B.C. warns that "any failure of the Red Chris impoundment will likely have a much more significant environmental impact than the Mount Polley failure."

But a leading tailings engineer argues the Mount Polley disaster could have been averted if the B.C. mining sector had adopted a forward-thinking practice from other jurisdictions: mines should be subjected to ongoing, "independent peer review" tests.

The idea presents a potential way forward for improving the safety of mining projects across the province -- both those proposed, and those underway.

According to Jack Caldwell, a geotechnical engineer with nearly 40 years of international mining experience, what sets the safest projects around the world apart is peer review -- a process of close scrutiny and criticism from experts independent of employers or government, long before accidents occur.

Three government-appointed engineers continue to investigate the Mount Polley disaster, which sent 25 million tonnes of toxic tailings slurry into the watershed near Likely, B.C. That expert panel's conclusions are due Jan. 31.

WHAT IF MOUNT POLLEY HAD PEER REVIEW?

Why not encourage mining companies to convene their own panels of experts before things go awry, as they did at Mount Polley?

Although mines must have an Engineer of Record who is responsible for the design of tailings storage facilities, in the case of Mount Polley that job changed hands in 2011 from Knight Piésold Ltd. to British consulting firm AMEC, and Knight Piésold distanced itself from the subsequent raising of the tailings dam's height.

"Significant engineering and design changes were made subsequent to our involvement, such that the tailings storage facility can no longer be considered a Knight Piésold Ltd. design," the original engineers wrote.

An ongoing peer review panel would have bridged the change-of-hands and ensured there was continuous expert oversight at every stage, said tailings engineer Jack Caldwell. "If you constitute and treat them properly, they will go on and it doesn't matter if the Engineer of Record changes."

Though the government's own panel investigating the accident won't release its conclusions for three more months, Caldwell theorized that the dam collapsed because its particular design was meant to hold solid tailings, not liquids at all.

"I find it difficult to believe that a peer review panel wouldn't have expressed concern about the presence of water being stored on the dam," he added. "I know people warned there was too much [water], but ideally they shouldn't have had any against the embankment. A peer review group would surely have had a lot of say compared to an inspector."

'No dam that's ever been peer reviewed has failed'

In his work on tailings facilities, Caldwell has sat on a number of independent peer review panels, also known in the industry as independent tailings dam review boards or third-party reviews, which run throughout a mine's entire operational life.

Such panels exist at diamond mines in the Northwest Territories, in Alberta's oilsands and in other countries. Their promoters say they help instil confidence in companies and investors that dams won't fail. Convened during the initial planning stages of a mine, the panels ideally meet twice a year, Caldwell said.

What makes them different from government inspections of dams, or federal-provincial Joint Review Panels as required for mines such as Taseko's rejected New Prosperity Mine, is that peer review panels are voluntary on the part of mining companies -- an extra safety measure.

"It really is something the mining companies themselves need to institute and pay for," Caldwell said. "They do that as part of risk management."

Provincial mines inspections are supposed to occur annually, but B.C. Mines Minister Bill Bennett has said they did not take place at Mount Polley in 2010 or 2011, according to The Globe and Mail.

While Caldwell credits B.C. with relatively strong regulations when it comes to dam safety, he said that a lone Ministry of Energy and Mines inspector could not have the expertise and experience of a peer review panel.

"It's seldom you would find all of that in one person," he argues. Peer review panels are best assembled with different disciplines -- for instance, experts in geology, soil mechanics, tailings behaviour, and groundwater hydrology.

That level of specialization doesn't come cheap: Caldwell estimated that at an average $300-an-hour fee per panelist, the panel would cost a company more than $20,000 for a two- to three-day session, plus travel costs.

But from a longterm financial standpoint, the hefty price of ongoing oversight pays off by reducing accidents, he said. Case in point: Imperial Metals' stock price plummeted immediately after the Mount Polley disaster, and has not fully recovered.

In fact, there is a lone example. Of the province's 18 active metal and coal mines, only Teck's Highland Valley Copper Mine near Logan Lake, the largest open-pit copper mine in Canada, has such a panel.

Mines ministry spokesman Jake Jacobs said that one other proposed mine plans to launch a peer review process, but did not specify which project.

The panel of engineers appointed by government to investigate Mount Polley is independent and will determine what caused the dam failure. It will review geotechnical standards, the design of the dam, maintenance, regulations, inspections regimes, "and other matters the panel deems appropriate," Jacobs said.

It's comprised of three respected names in the mine safety business: geotechnical engineer Steven Vick; professor Dirk Van Zyl, at UBC's Normal Keevil Institute of Mining Engineering, and the University of Alberta's Norbert Morgenstern (whose engineering renown earned him the nicknames "Mr. Earthquake" in Japan and "Mr. Landslide" in Hong Kong).

In a 2010 edition of Tailings and Mine Waste, Morgenstern extolled the benefits of independent review boards, arguing that they are a "valuable component in the safety system applied to all tailings storage facilities."

He added that the World Bank and other lenders already require independent review boards for projects they fund. Review boards provide advice on "all geotechnically sensitive matters" from a mine's opening to its closing, Morgenstern noted.

But most importantly, review boards play the role of sober watchdog in the face of pressures to work faster or save money, he wrote.

The collaborative recently released a weighty tome of proposed guidelines for mining in the province, including improvements in mine oversight, community transparency and safety.

"It saves everybody a lot of heartache, money and time if the critical aspects of the mine are reviewed up front," she said. "If it's an ongoing review of operations, even better."

But Crook questioned why independent reviews should be voluntary. Making ongoing oversight merely an option "is only as good as the company's or the government's will" to be transparent, she said.