While some progress has been made in the five months since B.C.'s Representative for Children and Youth released a report breaking open the province's poor adoption record, over 1,000 B.C. children are still waiting for a permanent home. 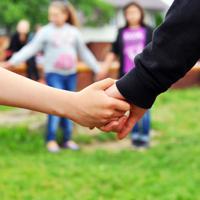 Over 1,000 BC Kids Wait on Adoption Changes

"Forever Families" followed 450 children eligible for adoption and 457 families waiting to adopt between 2005 and 2013. Over that time period, 58 per cent of the waiting kids were adopted, while 197 families successfully adopted. The June report also found that roughly 1,000 children in B.C. are waiting for adoption at any given time.

Shortly before the June report was released, B.C.'s Ministry of Children and Family Development set a goal of 300 adoptions by March 2015. Today's follow-up report found that 153 children have been adopted since the ministry set its goal, a little over halfway to the target.

"I'm glad the ministry set a goal," Representative member Mary Ellen Turpel-Lafond said in an interview this morning. "They hadn't done that for a number of years."

"I'm not satisfied with 300," said Turpel-Lafond. "I feel that every night those children put their head on a pillow in foster care -- not in a forever family -- is a problem."

November is B.C.'s "Adoption Awareness Month," and the ministry has embarked on a media campaign to attract 1,000 more B.C. families to choose adoption. So far, 142 families adopted kids this fiscal year, with five months to go to beat last year's number of 224.

"We're off to a good start," said Children and Family Development Minister Stephanie Cadieux, who added a social media campaign succeeded in increasing web traffic to 1000familiesbc.com -- a joint site with the Representative and Adoptive Families Association of B.C. -- by 556 per cent.

The website features stories of adoption successes, information on becoming an adoptive parent, and profiles of kids waiting to be adopted.

For example, 17-year-old Ajay is described as "an artistic, humorous and honest teenage boy" who would like to be part of an active family that would teach him how to drive and "whom he can count on for reliable support throughout his lifetime."

Cadieux acknowledged there's more work to do to get kids like Ajay adopted: "We've only really had three or four months working at full-speed. Through the rest of the year, we'll learn what things are improved, and which things we need to do even more work on."

Part of the government's campaign included a $2-million infusion of funds to private adoption agencies to help clear up the backlog of families waiting for assessment and approval as potential adopters. That's good, said Turpel-Lafond, but the government will need to continue funding agencies next year, too, to erase the backlog.

Cadieux wouldn't say if more money would be budgeted for adoption in February's budget. The $2 million for the campaign came from within the ministry's budget as it was a priority, and the minister will continue to have the power to redirect money within her budget to priority areas.

She added Premier Christy Clark has mandated her ministry to present options to cabinet for improving adoption in the current fiscal quarter, which could include asking for more money.

The percentage of aboriginal children on the adoption waitlist has decreased slightly to a three-year low of 40 per cent, down from 43 per cent last year. Yet aboriginal people make up four per cent of B.C.'s population.

There were 52 placements of aboriginal children so far this fiscal year, compared to 74 placements in both 2012 and 2013.

But while the ministry could surpass its previous aboriginal adoption record by March, Turpel-Lafond said it needs to work with the federal government to place more aboriginal kids on the adoption list with aboriginal families, particularly extended family that can keep kids immersed in their own culture.

"Co-ordinating the resources between the federal and provincial governments is long overdue," she said, adding she has not received a federal government response to today's report.

"We need to make sure that we don't deny basic equality to aboriginal children when their families and their adoptive families cannot avail themselves of the same supports as other families."

But the two did not discuss adoption, and Cadieux said there is plenty the provincial government can do to improve outcomes for aboriginal children instead of waiting on help from the federal government.

"We need to do more work with our aboriginal partners and communities in talking about adoption and permanency," she said. That means continued emphasis on creating culturally-appropriate permanency plans for aboriginal kids receiving ministry services.