I experienced a moment of cognitive dissonance recently while watching the famed urban theorist Richard Florida speak to a sold-out crowd in Vancouver. It came as Florida -- who was in town for an innovation summit hosted by SFU Public Square, and shared a stage with Artificial Intelligence luminary Ray Kurzweil -- argued that about one-third of the jobs being created in cities like Vancouver are in creative fields. "They're really good jobs," he said. "The baseline of those jobs is now close to six figure incomes." 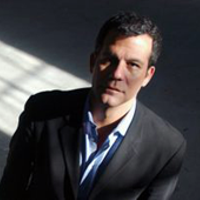 That certainly didn't sound like the "creatives" I know in Vancouver: the musicians, artists, writers, activists, designers and small business owners struggling to make rent in an expensive city seemingly hell bent on squeezing them out. Maybe the problem was that such creative people tended to live in the city's lower income eastern areas, whereas the group Florida described clustered in affluent western neighbourhoods like West Vancouver, Coal Harbour, False Creek, and Point Grey.

In any case, SFU Public Square had graciously arranged an interview for me with Florida after the event. And so as I was led backstage to his dressing room, I decided to ask him about my moment of cognitive dissonance. Read on to hear what Florida had to say about our new economic era where newspapers are dying, record sales are tanking, nobody on Girls can seem to find a decent job and yet the creative class is thriving. What it all comes down to is how you define the word "creative." Here's what Florida had to say...

On how a starving artist and a CEO can belong to the same class:

"If you think about it in comparative historical terms, when we talked about a working class, it was a very broad group of people. There were the skilled workers... who sometimes owned their own companies... and many times made good wages, but they looked down at the large mass of industrial workers... During the Great Depression they decided they were actually part of the same working class, the same group of people who work with their physical labours, and they made one class and they upped the position of all... Well, the creative class should do the same thing. Its objective conditions mean that people use their minds...

"The theory of the creative class or the knowledge economy has been actually subjected to some pretty systematic research. A group of researchers from the U.S. Department of Agriculture actually went back through all of the occupational descriptions and looked at the skill component of work, whether you use your mind, your knowledge, your creativity, your social intelligence and found that my definition of the creative class was about 95 per cent accurate."

On why this class is thriving even as creative institutions are failing:

"I wrote a piece on this awhile ago responding to piece in Salon where [Scott Timberg] was arguing that the creative class was really struggling. When I looked at the categories he had it was newspaper writers and editors and musicians. It was actually a relatively small number of categories of the creative class. That said, for those people it's tragic. What I'm watching in the newsroom is that traditional print journalists are being annihilated. But if one knows how to use digital media or is a data driven journalist the opportunities are much greater, and we can go on and on...

On the new urban class divides exacerbated by a creative economy:

"We've looked at the amount of wages left over after housing among the three [dominant] classes: the creative class, the service class and the working class. When you do that the creative class in most places is doing ok, even in expensive places like Vancouver or San Francisco... The problem that I see is the tremendous inequality, the tremendous economic segregation and the sagging position of the service class. Their wages are faltering, their jobs are precarious and they're being shunted off to the peripheral areas away from transit, away from the city core...

"So my key concern is the economic divide we see between knowledge workers -- some of whom are struggling, but as a group are doing relatively better -- and this service group class that is falling further and further behind. And of course in Vancouver we see two completely different cities, a city of the creative class... which is relatively better off, and the city of a completely sagging and increasingly impoverished immobile service class. That's what I see as the big issue."

"The reality is we do live in hyper unrestrained capitalism. We live in the economy that Marx documented, that was dictated by the revolutionary tendencies of the capitalist mode of production, so we better figure out a way to make that better. It's hard to think of any one of us implementing an alternative, so what can we do?

"I talked to Olivia Chow, who's running for mayor in Toronto, and she said, 'Yeah, your creative class, they don't want to go to the Labour Day celebrations with the unions.' But lord knows [creatives] need some collective, they need some mechanism of social cohesion... That means really doing the hard work of organizing ourselves and making new kinds of collective movements that protect the creative class and upgrade the conditions of service workers...

"I'd like to see us build a social democracy for a creative age where its not just about better wages, but a better social contract, more social welfare. I think in an affluent society where life has been extended and violence has been reduced, we have to make sure that every person has meaning and purpose in their work... That can only happen from them engaging in creative activity, not just physical activity."