A group that advocates on behalf of North Korean refugees says it believes it is close to establishing a sponsorship program making it easier for those who originated from the oppressive country to come to Canada. 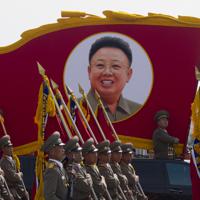 Toronto organization HanVoice said it has been in talks with the federal government -- mainly the Ministry of Citizenship and Immigration -- for some time and almost came to a firm proposal under former minister Jason Kenney.

The Tyee reported on Sept. 11 that Canada has not given a single North Korean refugee claimant status in Canada this year, compared to 230 in 2012.

Since then, no North Korean has been granted refugee protection as the decision essentially shut the door to them, according to critics.

But Randall Baran-Chong of HanVoice said his group hopes to change the situation by establishing a program whereby Canadians can sponsor North Koreans for immigration.

He said progress has been slower since Alexander took over the immigration portfolio in July 2013 and he's hoping with the opening of Parliament progress can be made.

"We were damned close to it when minister Kenney was there, but literally weeks after our talks the [cabinet] shuffle happened," Baran-Chong said. "We had to kind of start again from the beginning."

Baran-Chong said he last spoke to Alexander about the proposal a few months ago.

The Ministry of Citizenship and Immigration refused to even confirm talks related to starting such an initiative have happened, saying it won't comment on "speculation."

Such sponsorship programs were used during the 1970s and '80s to help the so-called Vietnamese "boat people" fleeing persecution in that country after the Vietnam war.

Canadians could offer to take care of a Vietnamese family or person while they got on their feet and settled in the country.

Baran-Chong said a similar program was more recently open to Tibetans who have fled to India.

He said North Koreans have a hard time getting refugee status because they are not recognized as a refugee group by the United Nations due to pressure from China, which fears masses of refugees flooding in from the neighbouring country.

With Laos, Vietnam and China all deporting them back to North Korea to face torture or execution, often Thailand or South Korea become the first "safe country" for them.

From there they make it to Canada, but because they are already eligible for South Korean citizenship Canada now argues they are not legitimate refugees.

Many North Koreans complain of discrimination in South Korea and some insist their lives are still threatened by North Korean agents, which is why Canada seems appealing.

He added some do come to the country after their benefits in South Korea run out.

Burton said he'd like to see more North Koreans come to Canada, but said comparing them directly to boat people from Vietnam is not entirely accurate.

He said Vietnamese were true refugees as they had no home other than camps in neighbouring regions like Hong Kong and desperately needed a place to go.

"With the North Koreans we don't have the situation where they can get to refugee camps, they mostly are illegal in China," Burton said.

He said due to the differences it's difficult to determine how a sponsorship program would be established, or how eligibility for a North Korean would be determined.

"I'm not quite sure how it would work. In other words, where would we get the North Koreans from that we would sponsor to bring to Canada?" he asked.

He said having the right to settle in South Korea means they couldn't come to Canada as refugees, but that doesn't rule out starting a special immigration stream for them.

Liberal Party of Canada immigration critic John McCallum was more pessimistic about the Conservatives following through with such a program.

"This government has had a pretty appalling record on anything to do with humanitarian behaviour," McCallum said. "I'm not surprised that they're not welcoming."

He said if Canadian families are willing to sponsor North Koreans they should be welcomed with a "smile and not with a scowl."

If the program is launched, Baran-Chong said his organization is hoping to bring about 100 North Koreans to Canada to start.

Sponsors would have to demonstrate the ability to put up $10,000 per person or $25,000 per family of four as a security to bring an applicant into the country.

"There's other responsibilities around sponsors to provide them with social support and things like that to allow them to succeed in that first year," he said.

Much of the process for the program has been gaining consensus from the Korean community in Toronto, which Baran-Chong said supports the proposal.

North Korea is an ongoing concern for humanitarian groups that talk of gulags, political imprisonment, torture and starvation in the country.

The Tyee's earlier story initially reported not only had Canada not granted refugee status to any North Koreans in 2014, but that Canada had deported 12 people back to the country.

Shortly after the piece was published, the Canada Border Services Agency said the number was the result of a clerical error and that no North Koreans were deported back to the country.

On Thursday, the agency confirmed the 12 were sent to South Korea and the error occurred because of a mistake made when manually inputting the country code into the system.