B.C.'s Ministry of Energy and Mines is dismissing concerns its decision to approve the expansion of a Texada Island quarry's coal storage facility -- a key component of plans to significantly increase exports of U.S. thermal coal to China -- was improper. 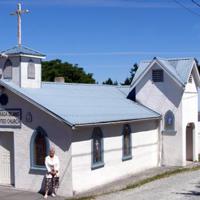 The allegation was made by a climate change advocacy group in a judicial review petition filed Monday afternoon in B.C. Supreme Court, which asks the court to rule on whether the correct process was followed by the government.

The facility in question is owned by Texada Quarrying Ltd., a subsidiary of France-based multinational Lafarge. The limestone quarry has stored B.C.-mined coal bound for the Lower Mainland since the early 1990s.

In March, the facility had its permit amended by the mines ministry to increase its coal storage tenfold, in order to accommodate four to eight million tonnes of U.S. thermal coal bound for burning in Asia. The application was part of Fraser Surrey Docks' coal transfer proposal, currently under consideration of federal authorities.

The petition, brought by Voters Taking Action on Climate Change (VTACC), argues that expanding the quarry's coal storage facility falls outside the authority of B.C.'s Ministry of Energy and Mines, and should have triggered an environmental assessment review under the Ministry of Environment.

The group claims it found coal washed up on a nearby beach from existing, small-scale coal operations, as well as what an independent laboratory found were traces of the coal-associated toxins arsenic and mercury.

The legal action names as its respondents the mines ministry and its Chief Inspector of Mines, Al Hoffman, as well as Texada Quarrying Ltd., the Lafarge subsidiary. Lafarge Canada Ltd. spokeswoman Jennifer Lewis confirmed her firm was "copied" on correspondence about the petition.

She added that "Lafarge respects the decision by the Ministry of Energy and Mines (MEM) to allow expanded coal storage at its Texada Quarry," and that the firm's "quarry and marine loading facilities on Texada Island have operated in compliance with the MEM and Ministry of Environment for more than 60 years and we will continue to do so."

VTACC's petition essentially argues that it's not the mines ministry's job to grant permits regarding the storage and transfer of foreign coal, because it falls outside the scope of the Mines Act.

"The only mineral mined and produced by Texada Quarrying at the Texada Quarry is limestone, the majority of which is shipped to the Lower Mainland for use in cement manufacturing at a facility owned by Lafarge Canada Ltd.," the court filings argue. "No coal has ever been explored for, excavated, mined or produced at the Texada Quarry."

The petitioners are asking the court to agree that the storage of coal at the Texada site will "introduce or cause or allow waste to be introduced into the environment," and to overturn the facility's amended permit.

Donald Gordon, a VTACC director, said he filed an affidavit with the petition that claimed previous attempts to express concerns about the amended permit were ignored, or simply met with a "nice, polite form letter back saying, 'Thank you for your concerns.'"

Along with hundreds of religious congregations, and the president of Texada's chamber of commerce who supports a health assessment, members of VTACC oppose the project because they say it would hamper B.C.'s greenhouse gas reductions once the thermal coal is burned overseas. Opponents argue an environmental assessment of the company's deep-sea transfer terminal should be completed.

Gordon said the provincial environment minister, who would be responsible for completing the assessment, is "turning a blind eye to the issue."

But B.C. Ministry of Energy and Mines spokesperson Matt Wood said in an email that Texada Quarrying's amended permit "was not enough to trigger a full environmental assessment."

Wood said that nearby shellfish habitat and "proper water management" are monitored through "regular inspections." In a previous email to The Tyee, the ministry said its review process is "completely independent of any political influence."

Wood dismissed concerns that expanding the permit to include additional coal storage and transfers fell outside of provincial mining laws.

"The Mines Act permit amendment that the facility on Texada Island received was for the additional infrastructure for the coal storage," he said. "The quarry must adhere to the environmental standards and safeguards as set in place by the Health, Safety and Reclamation Code for Mines in British Columbia, which includes terms and conditions set out in the permit for the additional storage capacity for coal."

Gordon countered that the Mines Act has been contravened in granting the application, because "it's about mining, not about building an international coal port."