The B.C. government's Industry Training Authority has a new board of directors, and the May 5 news release heralds the appointment of Gwyn Morgan as the Crown corporation's $1-a-year chair. 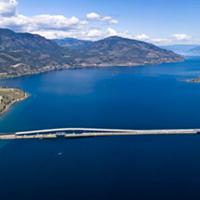 While it emphasizes how Morgan was the founding CEO of oil and natural gas producer EnCana Corp., it doesn't mention his tenure as chair of SNC-Lavalin, the troubled Montreal engineering giant.

Morgan joined the SNC-Lavalin board in 2005 and was chair from 2007 until 2013. In 2011, he advised BC Liberal leadership winner Christy Clark during her transition to the premiership.

Morgan's SNC-Lavalin chairmanship was marred by allegations that the company paid millions of dollars of bribes to the sons of Libyan dictator Moammar Gadhafi and kickbacks to McGill University Health Centre CEO Arthur Porter. The latter scandal led to the downfall of SNC-Lavalin CEO Pierre Duhaime, who was charged with fraud.

SNC board was poorly informed: Morgan

The B.C. government last week announced the overhaul of the Industry Training Authority, the provincial government agency responsible for apprenticeships and industry training programs, including the naming of the new board and chair.

Said the news release from the Jobs, Tourism and Skills Training Ministry: "Mr. Morgan has been recognized as Canada's Outstanding CEO of the Year and also as Canada's Most Respected CEO. He has also written for the business section of the Global and Mail newspaper."

One of those submissions was published July 26, 2013 by the Globe's Report on Business under the headline: "Lessons I learned from SNC-Lavalin's woes."

Morgan retired in May 2013, the month after SNC-Lavalin agreed to a 10-year corruption-related ban from the World Bank related to a power project in Cambodia and a bridge in Bangladesh. Among the SNC-Lavalin companies on the World Bank blacklist are divisions involved in publicly funded B.C. projects like the Bill Bennett Bridge, Canada Line and Evergreen Line.

Morgan responded in the Globe commentary to accusations that his board was "asleep at the switch" by saying it was poorly informed. He blamed SNC-Lavalin employees who saw signs of ethical breaches but "didn't feel comfortable in speaking up."

"Non-executive directors are not involved in day-to-day operations of the company. They must rely on information received from people within the company," Morgan wrote. "When a small number of people deliberately set out to falsify documents, commit bribery and cover up theft, it can be exceedingly difficult to detect, even with good controls in place. This has proven to be true at corporations around the world."

"Mr. Morgan is directly on point when he cites the most important ‘lesson' he learned: corporate culture has to be built upon a bedrock of strong ethical values that penetrate every level of the company. What Mr. Morgan did not learn was that the Chairman of the Board and the board, as the leadership of the company, are responsible for assuring that the company they direct and supervise has established the right corporate culture and management they appoint practices strong ethical values."

The ITA board was replaced by Morgan and eight others after a review by Jessica McDonald, the deputy minister to premier Gordon Campbell from 2005 to 2009. The new board includes Seaspan CEO Jonathan Whitworth, ex-NDP MLA Rick Kasper, B.C. and Yukon Building Trades Council executive director Tom Sigurdson, and ex-Canadian Home Builders' Association of B.C. CEO M.J. Whitmarsh.