Temporary foreign workers are speaking out against Canada's sudden moratorium on restaurants hiring them and others in the program, which country-wide has more than tripled over the last decade to nearly 340,000 workers. 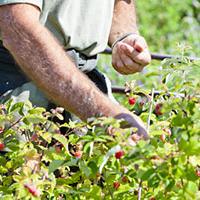 But with tearful stories about Canadian restaurant workers fired and replaced with foreign workers dominating the airwaves -- and a C.D. Howe Institute report last week concluding that the program has ramped up B.C. unemployment by 4.8 per cent -- a number of people who came to Canada under the program say they are not to blame for job losses here.

One 37-year-old fast food restaurant worker, who asked not to be named for fear of employment repercussions, said that for five years she's wired $500 back to her husband and two teenage children in the Philippines every month. But now that Conservative Employment Minister Jason Kenney has banned restaurants for applying for workers under the Temporary Foreign Worker Program, she may have to pack up and go home.

"If I can't get my residency, I'll have to go back to the Philippines a failure. I feel like a failure in my life, even though I work so hard," she said in an interview. "I never stop hoping to live in Canada, because I know Canada is a better place for my kids."

At a press conference at Vancouver's Multicultural Helping House yesterday, the Business Administration graduate from Manila's Far West University said before leaving the Philippines in 2008, she worked as a server in a high-end bar and grill that she couldn't afford to eat at herself. After working five years in a fast food chain, she has twice been denied permanent resident status and was similarly rejected when she applied for her husband under the program.

With her current restaurant contract ending this summer, a job offer a few months later will likely fall through if the moratorium continues, she said. Even though she has paid from day one into employment insurance, when she applied for her contributions to tide her over until her next job, she was rejected because she lacks residency status.

When she hears Canadian workers outraged over losing jobs to foreign workers, the mother of two hopes they see that the issue is with government policy. Foreign workers, she said, are even more precarious because they are restricted in where they can work when they are here.

"I wish I could explain to them, 'I understand you guys because you have a family too,'" she said. "But it's not our problem. Ask the government why this is happening, please don't blame foreign workers."

Federal New Democrat employment critic Jinny Sims told reporters her party doesn't oppose the temporary foreign worker program itself, but said that the rules against abuse by employers need to be much more tightly enforced.

"We're seeing the program being used and abused to not only hurt very vulnerable temp foreign workers who arrive in this country," she said, "but also to suppress wages for those working in Canada -- Canadian citizens, permanent residents and arrivals."

Another worker who spoke out at the Multicultural Helping House is Glen Syping, who left a wife behind in the Philippines in 2009 to work at a Wendy's restaurant in Saskatchewan, where his employer secured medical coverage for him and put him in a house with three other foreign workers.

But he said things went downhill when the franchise owner demanded he and his housemates relocate to another Wendy's in Brandon, Manitoba, where his health coverage was not valid. He was only legally allowed to work in the province the employer brought him to, but when he raised the issue with the boss he was told there was no choice.

"It's ridiculous," he said. "New foreign workers don't become citizens here. It's hard for the workers here. They only have the chance to go back home, I guess."

He was one of the lucky ones, having secured permanent resident status in 2012 and moving to B.C. But for many people, the promise of finding a path to citizenship is either labyrinthine to navigate, or non-existent.

The moratorium on restaurant work was supposed to stop restaurants from applying for Labour Market Opinions, which is how employers prove to the government there are no Canadians available to work with the skills needed for their jobs.

But for the 37-year-old business graduate, now one of many foreign workers toiling below their skill and training levels in fast food giants, she asked why the moratorium had to punish those who are already here, under already precarious conditions.

She doesn't know what the next three months hold, once her current employment ends.

"I'm a taxpayer, I'm not cheating," she said. "How come they can't allow me to live here? That's why I'm so upset. I'm waiting for my new contract, but how can I survive for three months without work? I can't work because it's illegal."