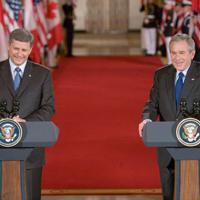 For nearly three decades, between 1967 and 1992, the now-retired scientist built from scratch one of the world's finest collections on freshwater science at the University of Manitoba.

The 200,000-book collection, owned by the Department of Fisheries and Oceans (DFO), contained old fishery reports, rare accounts on Arctic expeditions, research on fisheries in Lake Winnipeg and four shelves worth of records and reports from the Berger Commission on Arctic gas drilling, as well as a comprehensive collection of some of the oldest journals on freshwater ecology.

It also supported the cutting-edge research of the Experimental Lakes Area, which conducted experiments on whole lakes that led to novel breakthroughs on the control of acid rain, phosphorus pollution and the impacts of climate change on fisheries. The Harper government closed the world-famous program, allegedly to save $2 million a year.

To recognize Marshall's work assembling the collection for the Freshwater Institute, after his 1992 retirement the DFO named the library after him: the Eric Marshall Aquatic Research Library.

The federal library loaned out more books to other libraries than it ever borrowed, "and that's pretty rare," says the 83-year-old Marshall who retired in Cowichan Bay, B.C.

"I was amazed that they named it after me while I was still alive... usually they do that after you've been stuffed," adds Marshall. "And now I'm amazed that I have outlived the library. I never expected that either... at the whim of a minister it has been torn apart and shipped off."

UNION SEES NO EVIDENCE OF DIGITIZATION

One of the unions representing public servants working at federal science libraries now being culled and consolidated say there is no evidence that material is being digitized.

Todd Panas, national president of the Union of Environment Workers, says his membership "has not seen or heard of any mass digitization or scanning initiatives by [the Department of Fisheries and Oceans (DFO)] or by our members who work within the libraries."

Panas says he has only heard only about a "Deficit Reduction Action Plan" for DFO that calls for the closure and consolidation of seven libraries into two.

To digitize books would be "a massive undertaking that would consume a lot of resources and thousands of person hours," explained Panas.

To date, the Harper government has refused to answer questions about how many books and reports it digitized prior to the library closures or what it plans to digitize.

Panas said his federal departments are already challenged with managing "electronic" records due to ongoing changes to information technology "and deep cuts to records and library personnel."

A recent press release from Fisheries and Oceans Minister Gail Shea says the government is closing the libraries to save half a million dollars a year. It also justifies the closures on the grounds that the public rarely uses the libraries, even though they were specifically designed to support research by federal scientists. -- Andrew Nikiforuk

Last month, the federal government chaotically shuttered the library, claiming it would save money. It also argued that citizens weren't using it, even though the library was primarily designed for federal scientists. Canada houses nearly 20 per cent of the world's freshwater.

The dismantling of the Marshall library appears to be part of a larger government agenda to shrink the nation's federal library and archive system. The government counters it is digitizing the information to make it more accessible.

But a secret memo obtained by Postmedia refers to the federal science closures as a massive "culling," and makes no mention of digitization.

The Marshall library is one of seven world-class DFO libraries now slated for dismantling. Despite public protests, marine DFO libraries supporting the Maurice Lamontagne Institute and St. Andrews Biological Station have been emptied and locked up.

Marshall says there appears to be little accountability and no clear plan associated with the closures.

Approximately 35,000 to 40,000 books of the 200,000-plus collection from the now-defunct Marshall library were sent to the Institute of Ocean Sciences in Sidney, B.C.

But scientists then watched in disbelief as the government opened the doors of the Marshall library to the public to scavenge through the shelves.

Private consultants, DFO scientists and members of the public walked away with boxes of books, and no inventory appears to have been kept of who took what.

A firm working for Manitoba Hydro removed truck loads of material. Other parts of the collection ended up in dumpsters. Some loaned books weren't recalled, scientists report.

"I'm disturbed," says Marshall. "Who knows how good the selection is that was saved or what was left behind on the shelves in Winnipeg?" adds the English-born marine biologist.

Marshall argues that the reduction of the federal science libraries is purely ideological.

"It seems to me that the Harper government has its own agenda. They want to export our natural resources here and now. And they want to ship this stuff off to China and elsewhere, and they don't want scientists pointing out that there might be repercussions to these activities. And that's why they've cut back on research and support for environmental research by cutting libraries."

Rather than close the facility, Marshall suggests the library should have been offered intact to the University of Manitoba, where students and faculty have benefited from the collection for decades.

"Was there any close communication with the university?" asks Marshall. "I think there was negligence on behalf of the DFO."

Given the dismal state of the Freshwater Institute Library in Winnipeg, Marshall now wants his name removed from the building.

"I don't want to have my name associated with a library with empty shelves. My son, who lives in Winnipeg, asked if they could take it down."

But, Marshall says, the federal government department turned him down.