The dismantling of some of Canada's most important science libraries mirrors a move by the Republican administration of U.S. President George Bush Jr. to slash federal environmental libraries nearly eight years ago, but with one difference. 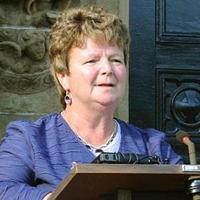 Protests by librarians, citizens, elected representatives and 10,000 scientists forced the Bush administration to not only backtrack on the move but to later reopen the science libraries.

In a stated effort to save taxpayers less than half a million dollars a year the Harper government is now eliminating seven Department of Fishery libraries containing what it calls "one of the world's most comprehensive collections of information on fisheries, aquatic sciences and nautical sciences" and relocating undetermined parts of the collections to two central locations.

More than half a dozen scientists familiar with the libraries told The Tyee that the DFO closures were ill-planned and even chaotic. In at least two cases valuable materials and reports ended up in dumpsters and in another case lenders were not asked to return rare books. More than one scientist compared the haphazard dismantling of the Winnipeg's famed Freshwater Institute Library to a "book burning."

In the face of such criticism, DFO Minister Gail Shea issued a government Jan. 7 press release saying the closures were carried out as planned and all about saving money and improving access through digitization of materials.

But some of the nation's leading biologists and ecologists, including Jeffrey Hutchings, David Schindler and Peter Wells, say very little material has been digitized and that closures will ultimately cost taxpayers millions of dollars as well as valuable infrastructure for science research.

To date the government has refused to answer questions about how much material has been thrown out and how much has been digitized. Nor has the government produced a budget for digitizing materials from the closed libraries.

Reporting by The Tyee, prompted by tips from U.S. readers, found that a similar scenario unfolded in the United States during the administration of George W Bush Jr.

At the time the EPA operated 26 libraries with more than 500,000 books, 25,000 maps and thousands of reports that scientists and citizens considered an irreplaceable collection of environmental science.

Like the Harper government the Bush administration then defended the closures as an act of modernization that would give "broader access to a larger audience by making agency library materials available through its public website. Retrieving materials will be more efficient and easier to locate by using EPA's online collection and reference services."

But much material, just as Canadian scientists say is happening here, ended up in dumpsters and was never digitized.

A secret memo obtained by Postmedia News on deficit cutting at the DFO makes no mention of digitization or modernization as the rationale for closing the libraries.

Just like the "culling" in Canada, the U.S. library closures sparked outrage across the nation.

Jeff Ruch, the executive director of Public Employees for Environmental Responsibility told the Christian Science Monitor that "We think this is one of several actions the Bush administration is taking to lobotomize the EPA, to reduce its capability, so it's much less able to independently review industry submissions."

HOW BUSH ROLLED BACK US ENVIRONMENTAL PROTECTIONS

George W. Bush "has undone decades if not a century of progress on the environment." That's how the Sierra Club's Josh Dorner assessed the outgoing president's agenda in 2009. Examples:

• Dismantling the protections of the Endangered Species Act

• Opening millions of acres of wilderness to mining, oil and gas drilling, and logging

• Defunding programmes charged with the clean-up of toxic industrial wastes such as arsenic, lead and mercury

• Reducing the enforcement effort in the Environmental Protection Agency

• Removing grizzly bears and wolves from the endangered species list

The uproar over the destruction of environmental science libraries also drew the ire of members of Congress, 10,000 scientists and the American Library Association.

During the debate scientists showed that a dedicated library system actually saved taxpayers money. According to the Union of Concerned scientists a "2004 internal EPA report found that the library network saved over 214,000 hours a year in staff time, amounting to cost-savings of $7.5 million -- considerably more than the savings gained from cutting the program."

U.S. scientists also worried about the legal implications associated with the library closures.

"If the Office of Enforcement and Compliance is involved in a civil or criminal litigation and the judge asks for documentation, we can currently rely upon a library to locate the information and have it produced to a court house in a timely manner. Under the cuts called for in the plan, timeliness for such services is not addressed."

The memo added that the office's effort to support "criminal litigation and the development of regulations will be compromised."

Leslie Burger, president of the American Library Association, also denounced the closures as deeply troubling in testimony before the U.S. Senate Environment and Public Works Committee:

"In the course of shutting down these libraries, valuable, unique environmental information will be lost or discarded," said Burger.

"And because there are fewer libraries and professional library staff, scientists and the public will have limited access to this information. We have a deep concern with limitations these closings would place on the public's access to EPA library holdings and the public's "right to know."

With pressure from Congress, the EPA finally took steps to reopen the five closed libraries in 2008 in Chicago, Dallas, Kansas City and the EPA Headquarters Repository and the Chemical Library in Washington, DC. In 2008, an investigation by the U.S. Government Accountability Office found that the closures were "not fully justified."

Tom Siddon, the former federal fisheries minister in Brian Mulroney's Progressive Conservative government, has called for the establishment of an independent panel to determine the relevance and importance of the documents being culled or consolidated by the Harper government.

"You do not extinguish national libraries of knowledge or history in an arbitrary way, any more than the government would be allowed to extinguish the record of cabinet deliberations or to burn the books of Hansard," Siddon told the CBC.

HOW BUSH ROLLED BACK US ENVIRONMENTAL PROTECTIONS

George W. Bush "has undone decades if not a century of progress on the environment." That's how the Sierra Club's Josh Dorner assessed the outgoing president's agenda in 2009. Examples:

• Dismantling the protections of the Endangered Species Act

• Opening millions of acres of wilderness to mining, oil and gas drilling, and logging

• Defunding programmes charged with the clean-up of toxic industrial wastes such as arsenic, lead and mercury

• Reducing the enforcement effort in the Environmental Protection Agency

• Removing grizzly bears and wolves from the endangered species list