Victoria, B.C. is a study in contrasts. On one hand, the capital city's tony-campy Downton Abbey-esque Oak Bay district retains its reputation for being "more English than England itself" (residents are jokingly said to live inside "the Tweed Curtain"). Elsewhere though, fleece-jacketed, thick-socked phalanxes of generally leftish-leaning frontline workers, researchers, academics, and public servants fill the streets and offices, evoking a 1990s grunge aesthetic and political sensibility a little reminiscent of its historical sibling Portland, Oregon, founded just five years after the Canadian city. 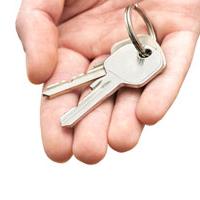 Politically, the result is a seemingly dissonant collision of deep-pocketed, old-money wealth, with a socially progressive citizenry that elected the only Green Party MP in B.C., and exclusively New Democratic and Green MLAs in this year's provincial election.

The preponderance of well-paid, highly educated people in the city provides a supportive environment for organizations like the Community Social Planning Council of Greater Victoria and now, an ambitious new attempt to expand the city's housing options, while enriching its community social bonds.

Using RRSPs for today, as well as tomorrow

As 2013 ran out the clock, the Social Planning Council was putting the finishing touches on an innovative ‘Community Investment Fund.' The essential idea is to invite Victoria's citizens to direct a portion of their individual Registered Retirement Savings Plans (RRSPs) money to finance new affordable housing projects in their own region instead.

The CIF will be independent of banks or investment companies. The Community Social Planning Council of Greater Victoria has set up an independent organization to govern the CIF: the Vancouver Island Community Investment Cooperative is to be a multi-stakeholder group of local residents and people with professional backgrounds in the non-profit sector, small business and venture capitalism. The Social Planning Council will incorporate the cooperative's board of directors in early 2014. The founding board will offer memberships to the public, and later set about raising its first round of investment capital.

The idea grew out of Nicole Chaland's 2011 research on social finance options for affordable housing in the Victoria area. Chaland found the main barrier to building affordable housing was a lack of access to long-term, low-cost financing.

Instead of trying to solve that problem by raising money through traditional philanthropic channels, fundraising drives or bids for donations, its creators hope the CIF will leverage already-existing funds: money that Greater Victoria's citizens are already putting into their RRSPs. By investing some of those RRSP savings in local rental housing instead, proponents say, progressive-minded Victorians will be rewarded twice: earning both financial returns and a social return from helping improve their community.

Victoria's CIF is inspired by Nova Scotia's Community Economic Development Funds, provincially-supported pools of capital aimed at re-investing a percentage of the maritime province's estimated $600 million of RRSP investments into public-interest community projects. But it's part of a growing number of such initiatives across Canada that also includes a Community Bond Project launched by Toronto's Centre for Social Innovation.

All these, believes Sarah Amyot, the Community Social Planning Council's program manager who has been working with prospective investors to launch the CIF, are "part of a broader trend to try to think of having a more relationship-based economy. It's about shifting how we think about projects in our communities, to where we use our relationships and our social capital to support projects that we want to see happen."

The CIF aims to tap a percentage of the estimated $360 million that Greater Victoria residents invest in RRSPs each year, and use that to finance affordable housing projects. Amyot has already been in talks with the Greater Victoria Housing Society and St. John the Divine, a Victoria Anglican Church, about collaborating on both organizations' many forthcoming housing projects, including a mixed-use affordable housing development spearheaded by the church.

At present, progressively minded Victorians have no vehicle for investing retirement savings dollars in desirable community initiatives, according to Amyot. That needs to change, she says, reflecting changing perspectives on how people approach civic participation.

"We're in a time of immense change in the way we think about the traditional dividing lines between public, private, and civil society or non-profit pursuits. I think those lines are increasingly blurry," she says. "That value, of citizen engagement, citizen investment and contribution, in affordable housing and other social-purpose projects, is a really important part of the work that we're trying to do."

The CIF, she says, is unlike traditional philanthropy in that it's an investment that comes with both risk and return. Its goal is to complement, not displace, traditional philanthropy and public funding sources. And the larger aim is to empower citizens to engage differently in their communities by investing their private capital in social-purpose housing in new ways.

"It's a way of engaging citizens in decision-making and goal-setting for our community," Amyot says. "In some ways, the [Vancouver] Island culture is really one of the strengths of being able to do this here, which is that these initiatives are dependent on people's relationships, and their sense of trust, and the reputation of people in your communities who are going to champion local projects and champion investment in those projects."

Starting a CIF in B.C., and working with the legal rules governing RRSPs, has proven technically challenging, Amyot says. "We are operating in a regulatory and in a policy environment that is really not set up to support this type of community driven initiative to raise community sourced capital," she explains.

"There's a number of communities, and a number of projects, including our own, that have found a way to make that regulatory environment work. But in many ways, we're really trying to shoe-horn ourselves into an environment that's not built to facilitate individual citizens investing in their own communities."

She calls on British Columbia's government to follow several steps already in place in Nova Scotia:

1) Provide a tax credit to people investing in local community investment funds. In Nova Scotia, "that tax credit rolls over a number of times, so that it encourages you to keep your money in that fund for longer so that it can be, essentially, more and more patient for the projects it invests in," Amyot says.

3) Advocate to the Canada Revenue Agency to have any investment in a local community investment fund be considered eligible for inclusion in a self-directed RRSP.

Victoria's CIF is still in its earliest days. But its creators hope to use the fund to increase the region's stock of purpose-built rental housing units, which has stagnated in recent years.

"The secondary rental market here -- condos and basement suites -- make up half of our rental market. And condominium rentals are, on average, 19 per cent higher than they are for purpose-built rentals," noted Marika Albert, who works with Amyot at the Community Social Planning Council on poverty reduction initiatives.

"Secondary suites are an important part of the solution, but that can't be [all of] it," Albert adds. "We see the potential of diversifying the rental housing stock to make it more accessible for more people."

Using -- and rewarding -- other Victoria residents for investing in that diversification may also strengthen their sense of being involved participants in their community, enriching everyone's social capital.