Bonnie Hammond doesn't need statistics to understand the precarious job landscape B.C. offers young people today. Her first paid gig was a paper route at 12, and by the time she was 15 she was working in an ice-cream parlour. After leaving school at 16, she worked at "every crappy retail and office job in the province," moving so often from one temporary job to another that by 24, she could count up over 50 different employers. 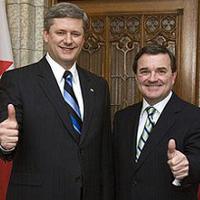 That's why figures on youth workers in Canada released early in July didn't surprise the 31-year-old labour activist. While much has changed in Canada since 1981, for young workers it appears only a few of the changes have been for the better.

For their recent report, Statistics Canada researchers compared three key labour force statistics for two groups of young workers, ages 15 to 24 and 25 to 34, in 1981 and in 2012. Looking at unemployment, full-time employment and wages, the researchers found that in 2012, women between 25 and 34 had lower unemployment, more full-time employment and higher wages (in inflation-adjusted dollars) than women their age in 1981.

But while young women in 2012 fare better than their counterparts three decades ago, separate research shows that women still lagged behind men their age on wages and full-time work, proof that wage parity between the genders is still unresolved in 2013, according to economist Iglika Ivanova of the Canadian Centre for Policy Alternatives.

Both women and men under 25 saw their workforce participation decline over the three decades considered, with all three variables (unemployment rates, incidence of full-time work and adjusted wage levels) looking worse for younger workers.

And from 1981 to 2012, the median hourly wage earned by young workers in full-time jobs fell by 13 per cent for men and eight per cent for women.

Statistics like these, Hammond said, signal big trouble for Canada and for her generation. "What happens to a country when an entire generation of people feel disposable?" she asked.

Though the study focused on full-time work, Hammond, currently unemployed, argued that many young workers are trapped in temporary and or precarious work settings with little to no job security. She said she's been called "just a new temp" enough times to know.

All of this takes place against a backdrop of demographic change. While there are more young people now between 15 and 34 in Canada in terms of absolute numbers than in 1981, they represent a smaller percentage of the population than they did three decades ago (13 per cent versus 19 per cent), they are better educated and more of them still live at home with their parents.

Living with mom and dad is likely more attractive these days, given the increasingly dismal state of wages in Canada. As the researchers note, in 2012 "the median hourly wages of men and women aged 17 to 24 were 13 per cent and eight per cent lower, respectively, than their counterparts in 1981."

The study also suggests that young Canadian workers are not making gains commensurate with the growth of the economy over the last three decades, with the partial exception of young men in oil-producing provinces, who are doing better on some of the statistical measures considered by the Statistics Canada researchers than men in provinces without massive oil resources. The size of the economy has increased, but with it, inequality has spiked as well.

Men 25 to 34 who live and work in Alberta, Saskatchewan and Newfoundland and Labrador (the three provinces considered "oil-producing" by the researchers) were found to have lower levels of full-time employment than in 1981, although their wages were higher when adjusted for inflation, up six per cent during this period. Their unemployment rate was relatively low in both years, at 4.2 per cent in 1981 and 4.4 per cent in 2012.

In contrast, men 25 to 34 in the non-oil-producing provinces were worse off in 2012 than in 1981 on all three variables considered. Their unemployment rate rose to 8.1 per cent from 6.7, their full-time employment rate dropped from 86.3 per cent to 76.9 and their wages fell by six per cent.

The researchers point out that most of the deterioration in workforce participation measures (full-time work, unemployment and wages) occurred in the 1980s and '90s, but with gains in the past decade not large enough to fully recoup the losses of the preceding decades.

'System has failed a generation'

Like Hammond, Stephen Von Sychowski, who currently has a staff job with his union, COPE 378, knows a lot about precarious work. Now 28, Von Sychowski got his first job at 16 pumping gas, and in his 12 years in the workforce has held jobs at a travel agency, an electronics store, a war surplus goods store and a transit company.

He chairs the BC Federation of Labour's Young Workers' Committee these days, and he's concerned with how high unemployment numbers are for his peers, and how much of the work available for them is part time or temporary, often without any benefits. He pointed out that the Statistics Canada research did not address the problems of underemployment and insecure jobs -- issues for the workers he organizes. Nor did the research take on "stacked" part-time jobs (when a worker has to combine several partial jobs every day or week to make enough money to get by) -- another issue Von Sychowski commonly encounters among the workers he organizes.

Riel McGuire, a 26-year-old filmmaker and photographer working in Vancouver, has experienced most of the trends detailed in the research in his own work life. Born in Alberta, McGuire moved to B.C. at 16 and found his first job as a clerk at an organic food store, where he was paid minimum wage and worked part time during his last years of high school.

He worked in cafés while attending Emily Carr, again at minimum wage, and eventually found some work in his field, doing photo shoots for a casting agency at $16 an hour. He returned to Alberta for higher paying full-time work as an administrator with a company that managed regulatory paper work for companies in the oil patch. Since his return to B.C., he has supplemented work as a photographer with casual work for a roofing company, all while currently trying to develop an independent photography business.

"My generation has it harder," the young photographer said. "There were more and easier ways to enter the market 30 years ago."

Ivanova, the Canadian Centre for Policy Alternatives economist, agrees, and argues that the Statistics Canada findings underscore the need not only for more training and education -- the usual policy panaceas prescribed for underemployed young workers -- but also for government policies that subsidize the employment of young workers. Without adequate support for entering the workforce, she warned, our youngest citizens will lose faith.

Jim Sinclair, president of the BC Federation of Labour, thinks that government has failed young B.C. workers, describing their prospects as a "crisis" situation.

Sinclair said that federal and provincial governments ought to remove barriers to education and apprenticeship and help create good jobs for young workers.

"Clearly, from the numbers, there is evidence that we have seen two decades of cuts to training, education and apprenticeship programs. People should be angry. The system has failed a generation of workers."