One of the first items that B.C.'s new government needs to deal with is finding a speedier method of reaching treaties with First Nations because the unresolved land claims issue impacts the entire province, according to two political science professors. 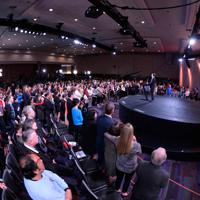 What Now for BC's New Dems?

"The issue is there and it's not going away," said Philip Resnick, who teaches political science courses at the University of British Columbia. "The process is grinding on extremely slowly but the reality is it is hanging over the province."

Agreeing, Hamish Telford, a professor at the University of the Fraser Valley, said that the new government should work hard at improving relations with First Nations, particularly after the Idle No More protests, by injecting new life into the moribund treaty process.

"It is critical for B.C. more than any other province," Telford said, adding he thinks it highly unlikely that the proposed Enbridge oil pipeline could become reality without Aboriginal consent.

Pipelines and an 'elephant' called health

The Liberal government has to act very carefully with regard to the heated controversy over proposed pipelines, Resnick said Monday.

The new government needs to find a way of avoiding a major confrontation with Ottawa over proposed pipelines and their potential impact on the environment. He said it is not clear that B.C. would have the final say over a proposed pipeline if Ottawa wanted to develop it.

"I can certainly see the potential for a major confrontation," he said, adding First Nations may well decide to protest a proposed pipeline running through their traditional territory. "It might get caught up in jurisdictional battles that could go on for years."

The third most important file facing the new government, Resnick said, is the health portfolio, first and foremost because it eats up more than 40 percent of the provincial budget. Calling the health budget the "elephant in the room" and the "emperor of all policy," he said the government will have to move carefully and prudently on this file because of the aging baby boomer generation and the escalating costs of drugs and medical procedures.

Jammed transit and where's the revenue?

Urban transit improvements and additions, especially in the rapidly expanding Lower Mainland, is another issue that needs to be addressed quickly, Resnick said. Although the costs associated with new rapid transit lines are large, he added, it is obvious there need to be additional lines, which would result in fewer cars on the road and help somewhat to lessen the impact of climate change.

For Telford, the first order of business for the new government, after a cabinet is picked, would be to get a new budget passed through the Legislature so British Columbians would at least know what the Liberals are aiming for.

Telford said Monday the Liberals in the recent election campaign talked a lot about long-term goals for the province but not about a legislative agenda for the fall.

"The Liberals weren't really expecting to win but now they have to come up with a plan to govern B.C.," he said. "That has to be their focus."

In terms of the fiscal framework of the province, he said, B.C., like other cash-strapped jurisdictions, is facing a structural deficit because of past tax-cutting agendas sparked by the Margaret Thatcher-Ronald Reagan ideology.

As far as a solution, Telford said, the new government can try to increase revenues through various forms of new taxes, decrease spending, and hope the economy grows faster than expected.

In the meantime, he said, schools need to be maintained and built, hospitals need to be upgraded and there will no doubt be a call for increases to public sector salaries.