When Comox Valley residents go to the ballot box on Tuesday, they will be deciding one of the tightest races in the province. 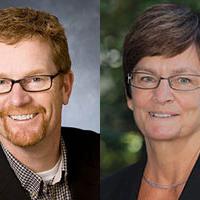 Historically this riding has high voter turn-out, a constituency almost evenly split between the BC Liberals and NDP. And since 2001, the Liberals have managed to take just enough to win a seat in the legislature.

However, this year Liberal incumbent Don McRae, who won by 1,378 votes in 2009, faces a tough opponent. A coal mine.

The proposed Raven Underground Coal mine would extract approximately 30 mega-tonnes of coal over a 16-year period. Most of it would be metallurgic coal, the high-value kind used for making steel, which would be shipped to Asian markets via Port Alberni, creating, potentially 300 full-time and 500 indirect jobs in a growing region that needs them.

But threats to the region's drinking water and shellfish industry have locals wondering if it's really worth it.

The Raven mine is a key election issue in this riding, one where the Clark government's pro-coal positioning might swing this longtime Liberal riding to the left.

'Will you oppose the Raven mine?'

"Will you oppose the Raven mine?" was the very first question from the audience at an all candidates forum in Courtenay last week.

"The BC Conservatives (are) for resources to create jobs, but are also very interested in the environment," was the response from Conservative candidate Diane Hoffmann.

"This is not just about science," she said. "It's about the social impact of the project. I'm proud to stand with you with concern."

Liberal incumbent Don McRae also positioned himself in solidarity with the packed room -- "shellfish have to be protected" -- and away from responsibility as a regulator. "I'm waiting, like everyone in this room, for the work to be done."

The work is the project's environmental assessment application, which is supposed to be ready for public review in June before going to the Ministry of Environment to seek final approval.

But for many stakeholders in the community, the environmental assessment process is the problem.

Compliance Coal Corporation, the project's proponent, has spent three years preparing its application for an environmental assessment certificate. A big part of this application is accounting for all the ways in which the project will physically affect the local environment.

According to the project description, nearly two mega-tonnes of the coal pulled out of the ground at Raven will be considered waste; too low quality to use for metallurgic or steel-making purposed. When precipitation mixes with these piles of reject coal, it creates a toxic effluent that can include arsenic, cadmium, chromium, copper, lead, mercury, selenium and zinc.

Oysters are extremely sensitive to heavy metal contamination, and Bayne Sound, home to approximately 600 independent oysters farmers who generate about $28 million annually, is downstream from the mine site.

The Shellfish Growers' Association has expressed concerns about the project, and John Snyder, president of the Coalwatch Comox Valley Society, says he's had individual oyster farmers, longtime Liberals, tell him they are just not going to vote this year.

Fanny Bay Oysters, the largest processor on Vancouver Island, has a Don McRae sign planted right next to their sign on the side of the island highway. The plant's general manager, Brian Yip, says it's not an endorsement. "Someone just called and asked if they could put a sign there," he told The Tyee with a shrug. "No one else asked."

Clark Munro, a Union Bay resident who has been oyster farming for 20 years, believes the mine would be less likely to proceed under an NDP government. When asked about the politics of his peers, he says simply, "Some are political, some aren't... but for these guys, water is everything."

Local governments are also worried about water, for different reasons. The Comox Valley Regional District, along with the councils of Comox, Courtenay and Cumberland, have all passed motions opposing further processing of the project's environmental assessment application until the province looks more closely at what aquifers might be affected.

The local labour council is also skeptical the mine will provide the jobs the proponent says it will.

"While the Comox Valley certainly needs good, well-paid jobs, in light of the controversy around temporary foreign workers in coal mines in northeastern B.C., we are skeptical of any actual jobs for local people," Campbell River and Courtenay District Labour Council vice president Anne Davis wrote in an email to The Tyee.

"We are certainly not opposed to mining (our Labour Council includes a delegate from the Autoworkers at Myra Falls), but we live in this community too and many people in this community have expressed concern about a coal mine at that particular location."

Assessment process at the heart

The position from labour and industry, especially, has "boxed the Liberals in," says Snyder.

His citizen's watchdog group, Coalwatch Comox Valley Society, was formed in 2010, and it has kept tabs on the project's progress through the environmental assessment process ever since.

Snyder says there is a general recognition that B.C.'s current environmental assessment is not adequate -- and it's become "laser focused" on the issue of Raven.

When McRae said in a public debate that the provincial environmental assessment process has been recognized as being one of the best, he was interrupted by guffaws from the audience.

A section explaining the purpose of an environmental assessment -- to allow for sustainable development -- was struck from the act, and new provisions gave the executive director of the Environmental Assessment Office and the environment minister more discretion over which projects were reviewed and how. Some, says Clogg, argue this politicized the whole process.

Now, the process and the office has become "the object of cynicism and some derision," says Rob Fleming, NDP environmental critic.

Fleming has campaigned in the Comox Valley, alongside Dycke, on his party's promise to subject Raven to a more comprehensive review by an independent panel.

Compliance President John Tapics didn't respond directly to questions about how this might impact the project, but the company's community liason officer, Candy-Lea Chickite, offered this in an email: "Our application is comprehensive and thorough and would remain unchanged irrespective of the method or process of review."

The NDP platform also includes measures that would go beyond Raven, to re-establish legal requirements for all project reviews that were eliminated in 2002.

The party promises to require First Nations consultation (the K'Moks First Nation declared its opposition to the project in 2011), and add $4 million to the existing $9 million budget of the Environmental Assessment Office over three years. That money would be primarily spent on new staff to review applications, says Fleming.

No matter who is elected in Comox Valley, the NDP province-wide is expected to win the most seats and form government, though the race is tightening.

"Time will tell," if the party makes good on its promises for stricter environmental reviews, says Snyder. "But there is a general recognition amongst the general public that what exists is not adequate."