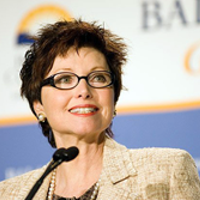 In links below the graphic are more infographics breaking down spending even further into educational programming; school district grants; how funds are allocated between districts; and how districts spend their money. They provide further detail to the original graphic, but you won't find anything about the funding freeze government has planned for 2014-2016. Or the increase in downloaded costs school boards will have to absorb next year.

John Malcolmson, a national researcher for CUPE, says there's nearly $63 million in new costs being downloaded to B.C. school boards in 2013/14. But there will be no additional funding to help them cover the costs.

"The long and the short of it is that boards are continuously being asked to do more and more with either less money or with frozen funding," Malcolmson told The Tyee.

"So effectively what happens over time is that system has to turn in on itself and attempt to find ways of meeting those cost pressures."

The ministry had found an extra $26.3 million in funding due to student enrolments being lower than previously anticipated this year. But instead of returning that money to districts as they have in the past, Malcolmson says the ministry has decided to use $15.6 million of that funding for next year's $110 million AFG.

Malcolmson shared with The Tyee a letter from the ministry to school districts, which outlines their spending plans. Here is a segment from the document, which you can find in its entirety at the bottom of the page.

Malcolmson believes the move is political: "The bottom line for this is next year, when whomever is government looks at paying the AFG, they've already paid $15.6 million of it, so they will have to pay $15.6 million less out of next year's budget, which basically has the bottom line impact of reducing the provincial deficit," he told The Tyee.

This isn't the first time Malcolmson has called out the ministry's mysterious handling of holdback funding. In 2007 Malcolmson wrote an opinion piece for The Tyee about the disappearance of $22 million in holdback funding. He says government has yet to explain what happened to that money.

Begin to cut staff and programs

Although the ministry traces the surplus funding back to a decline in student enrolment, the districts could use the $26.3 million to cover some of the new costs being downloaded from government.

"This year there've been hikes in Medical Services Plan (MSP) premiums, which is a budgeted decision made within the Ministry of Finance and the Ministry of Health," said Malcolmson.

"Those particular hikes to MSP premiums are projected to cost boards $2.6 million in additional money going into next year."

Other costs include funding for the BC Public School Employers Association, government's bargaining arm for collective agreements with the BC Teachers' Federation and other school staff, which used to be covered by a separate funding envelope within the ministry, according to Malcolmson. Next year the districts will cover that $1.6 million cost.

There's also $32 million towards the teachers' pension plan; $10.4 million for the transfer from HST back to the GST/PST; and a $0.7 million increase in BC Hydro fees. Adding the $15.6 million from the AFG and it's almost $63 million or 1.2 per cent of districts' total operational funds.

"Boards are by law, by the School Act, not allowed to run deficits… without the permission of the minister," said Malcolmson, adding there's a possibility of further charges to boards in the form of increased Employment Insurance and WorkSafeBC payments.

"The system is obliged continuously to find ways of covering off necessary costs. The only way you can really do that, once you've squeezed out whatever flexibility might exist within your budget, is to begin to cut staff and to cut programs. And I think we're fully, fully into that mode at the moment."

"We're going to see significant and very deep cuts and layoffs of people as we move forward into next year, and that's ultimately going to mean reduced levels of services and supports that flow to the kids and the schools," he said.

In an interview with Tyee contributing editor Crawford Kilian last week, a ministry spokesperson referred to the AFG pre-funding as an "accountability" measure, saying the $15.6 million was given to districts as an "advance" on their 2014 AFG. The rest of the AFG will be distributed in the 2014/15 school year.

They were less descriptive in their response to questions about how districts were supposed to cover these extra costs without additional funding.

"The Ministry of Education has communicated district operating grant allocations for 2013-14. Detailed information is available at http://www.bced.gov.bc.ca/k12funding/funding/13-14/," reads an emailed statement from a ministry spokesperson.

"School districts are in the process of developing budgets based on local priorities and factors, including their enrolment projections. Boards are required to submit balanced budgets by June 30, 2013."

The ministry maintains education funding is at its highest level ever. But Malcolmson says that's a misleading statement: per-pupil funding has continued to rise, but other funding has not.

"If you're going to compare spending per students over time, the correct way of doing that would be to hold constant all of the other variables within the system," he said.

"But the funding downloads, and what's been referred to by myself and others as a structural funding shortfall, really point out the fact that all of these other variables are not being held constant."

The NDP revealed its election education funding promises last Thursday, committing $265 million over the next three years, on top of what the Liberal government has already budgeted.

But the funding is specifically for hiring more teachers, education assistants, counsellors, and librarians.

"(The New Democrats) are going to have to deal with the legacy that's been left to them by the Liberals," he told The Tyee, adding they need to find new sources of revenue for the public education system.

"I think the NDP should be looking at doing a significant review of the funding formula for schools, because the funding formula has become so disconnected from the on ground reality of costs and cost pressures that it really needs a major overhaul."

But restructuring the way government funds education means making some tough decisions, including re-examining what British Columbians want from their education system.

"The mandate of the system tends to expand and grow over time with new expectations and obligations; maybe we need to have a hard look at that, to say are we asking too much of our schools? Or if we are, what are the things that are currently done that we're not going to want schools to do?" said Malcolmson.