It's been a year since Brent Toderian suddenly and controversially departed his job as the City of Vancouver's planning director. He now heads up his own city planning and urban consultancy firm, Toderian Urbanworks, where he's at work, among many other things locally, nationally and internationally, on two local affordable housing projects and three job-space projects, as well as a citywide plan for Regina, Canada's second fastest growing city. His planning work today echoes what he previously did with the City of Vancouver. A key difference between now and then is he can talk about urban issues without first asking permission from his bosses to discuss them. 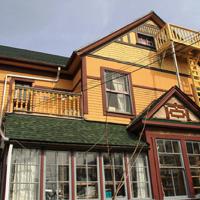 "You could never forget that you were speaking on behalf of the city before. And now I'm simply speaking on behalf of my opinion on cities. So in that sense, there's a lot fewer boundaries," he tells me. "But the rumours of my fetteredness were always a bit overstated while I was at City Hall because I was a pretty outspoken fellow, which is maybe why I'm not there anymore. And the rumours of my un-fetteredness are probably a bit overstated now. Life is always a little more complicated than that."

Toderian will share his perspectives on city-building and affordable living as part of a keynote panel at the Buildex Vancouver conference Feb. 14. The two-day conference and tradeshow will draw over 13,000 expected visitors to share information about building, managing and designing real estate. The panel, called "Living Affordably in Greater Vancouver," aims to explore solutions to this region's housing affordability crisis. Unsurprisingly, Vancouver was recently ranked the second-most unaffordable city in the world (Hong Kong was first), according to January 2013 survey findings published by Demographia, an American urban planning consultancy.

"We need to change the discussion to one of affordable cities rather than just affordable housing," Toderian says. Affordable cities, he says, must include affordable transportation systems independent of private cars, plus job spaces that ensure the people who live here can make a living.

"There's a mythology that's been spread across North America that industry is out of date, and we should convert all these [industrial] lands to mixed-use, hip, high-density communities. Vancouver has actually been one of the models for that. There are some places where you can actually do that successfully and other places where you shouldn't," Toderian says. "And what kind of job space do we have in this city? Is it the kind of job space that only facilitates trendy restaurants and service-sector jobs, or is it about higher-paid jobs, creative jobs, manufacturing jobs that require specialized lands and buildings? That's as much a part of the affordability picture as affordable housing is."

Solutions for homelessness and vulnerable housing rely as much on inclusive employment training as it does on the provision of affordable and supportive housing, he adds. "Skills-training and inclusive job-training initiatives, where you actually take folks out of poverty cycle situations to give folks the training they need to change their economic profile, is an important issue relative to homelessness and supportive housing," he says. "It's not just about giving an affordable home, although that's critically important."

Idea 2. Make policies to support options other than ownership.

Both Toderian and fellow Buildex panelist Sean McEwen are calling for a re-consideration of how our society values and privileges home ownership over other forms of housing.

"The idea of ownership as an indication of success is a uniquely North American thing, and it's increasingly less applicable to expensive cities," Toderian says. "This is true of every global expensive city; ownership isn't the automatic assumption, but there are people that live successful and fulfilling lives all over the world and never own a home, and don't think anything less of themselves in the doing."

McEwen, who has worked as the sole practitioner for his firm, S.R. McEwen Architect, for just over 20 years, suggests cities have been planned -- and even governments have been organized -- around deep-seated cultural biases towards home ownership.

"There's kind of a core belief that home ownership is better, that it essentially helps to create a more stable society, a society where people express pride of ownership and maintain their place in society," McEwen says. "There've been studies that have shown that renters demand more policing than homeowners do. There are kind of these core social biases that tend to define what's of value in society and what isn't."

Special federal measures, like homeowner grants, are not afforded to renters, McEwen adds. Such measures work to both defend home ownership and enhance its status. A longtime social housing advocate who has worked with numerous neighbourhood groups to advance tenant rights and housing for low-income citizens, McEwen remembers housing-related discussions from the 1970s that are eerily prescient today.

"People used to warn us 40 years ago about Vancouver becoming an executive city. It was gentrifying like mad. And it's come to pass," he says. "It's the planning culture and the development culture that we've had that have allowed it to come to pass. Their efforts at social engineering have really succeeded."

Idea 3. Change the thrust of 'conditional use' permits.

McEwen chooses an independent architectural practice because he wants to maintain his freedom to express his views frankly. "If I was part of a firm and trying to market our skills and we were making these sort of what we call socially-progressive notions, you might not get hired by developers in the local context," he says. A Vancouver urban planning trend that worries him these days is prioritizing the visual impact of a new development over its contributions to civil society.

"In the culture of planning that we have, planners construct these beautiful, artistic pieces of urban design, but we've gotten farther away from looking at things that I think are important, like social mix," he says.

McEwen would like to see a return to some of the original purposes of the conditional land use permit. Conditional land use allows the property owner -- in many local cases, the City of Vancouver -- to use land in a way that lies outside the zoning law, usually with conditions based on recommendations from local area advisory groups, nearby property owners, and other advisory bodies.

"What I would say is we go back to some original ideas of using the conditional use tool to look at housing goals and wider affordability goals," McKewan says. "If there was a use important to the community, then you could use conditional use as an inducement to keep incorporating those kinds of uses into projects." So, for example, if it's found that low-income seniors housing is needed in a community, a conditional land use permit could provide the bonus density needed to achieve that in a standard market residential development.

This was done before, he says, but now it seems to be a thing of the past. "The way that it's evolved in Vancouver is that everything's entirely visual," he says. But high aesthetic impact doesn't necessarily need to sacrifice contributing to the social good.

"If you reward good design with higher densities for conditional use, it's one tool the planners have to improve the quality of urban developments. In years gone by, it looked at social issues as well. That's been forgotten."

Even though the City of Vancouver's Urban Design Panel rejected a rezoning and development application for a co-housing development in Kensington-Cedar Cottage last month, Dane Jansen remains optimistic about the potential for this European housing type to successfully establish itself in Vancouver. The principal of Vancouver's dys architecture joins Toderian and McEwen on Thursday's Buildex panel, along with Urban Fabric Group principal Heather Tremain. 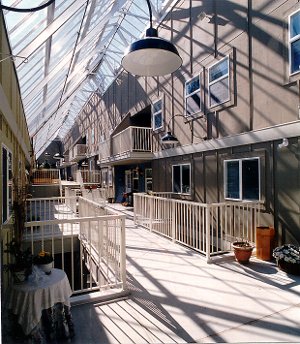 "It's hitting some of the critical criteria in terms of producing affordable housing," Jansen says of co-housing, which is characterized by its non-hierarchical, member-driven decision-making structure and private homes supplemented by common facilities. While Jansen is not part of the current Cedar Cottage co-housing proposal, he and dys architecture previously worked on a co-housing development in Langley called the Windsong, which welcomed its first residents in 1996.

"[Co-housing is] one of the ways we can improve affordability that's self-initiated," he continues. "Part of being in co-housing is to reduce some of the lifestyle and budget issues. You're not always having to go looking for a babysitter because there's somebody there to deal with your kids if you're running late coming home one night. People are coming together to be mutually supportive, which should suggest you can reduce some of your other costs in your life and draw that down."

He also praises co-housing for its development cost savings. "If you're doing the development yourself, you're removing one of the soft costs, which is developer profit, and hopefully turning that back into development or making more affordable units."

Jansen's other work in designing social housing units has, like co-housing, drawn on European inspiration. He has designed 220- to 325-square foot apartments several supportive housing facilities in Vancouver, and was one of the first architects to pioneer small suites for such purposes in the late 1990s.

"There was quite an outcry. 'How dare people live in something that's the size of a parking space?' " he remembers. "For me, I knew that other people living in the rest of the world had been living that way."

But current economic circumstances are seeing governments less involved with housing than they have been in the past, Jansen says. "I think we had that paradigm where we've just trusted there would be the involvement of government to carry forward with that agenda. And they had a strong agenda, right up until 2007, 2008, as evidenced with the Provincial Homelessness Initiative," he says.

"Now, the provincial government is in a bit of a tough situation. So while they're still continuing to do work and we're fortunate to do work with it, there are not as many programs today as there were a few years ago. It tells us that we can't always trust that there will be that level of funding from the provincial government. And it means you've got to look at things more creatively."