The British Columbia government has an opportunity to renegotiate the price it pays for generic drugs, but has to provide notice that it intends to do so by Oct. 1. 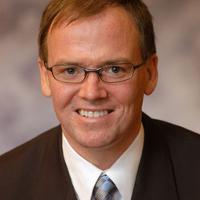 BC Ready for Showdown on Generic Drugs

A Health Ministry spokesperson couldn't say whether or not there are plans to take that opportunity, but New Democratic Party Leader Adrian Dix said they should.

"There appears to be an opportunity to open up the agreement again," said Dix. With the government running deficit budgets and services suffering, he said, the money is needed. "This isn't a time we should be overpaying for things."

In April 2010, The Tyee reported that B.C. planned to follow Ontario's lead on reducing the amount paid for generic drugs. Under Premier Dalton McGuinty, Ontario dropped the price it pays from 50 per cent of the brand name price to 25 per cent.

Generics are chemically the same as brand name drugs, but are sold much cheaper once patents for the brand name drugs expire. The price for generics is the same in Ontario as in Quebec, which has a law saying it will pay the lowest price for a drug that any other jurisdiction pays.

'Wrestled to the ceiling': Dix

Three months after Ontario's lead, British Columbia announced it had reached a deal to cut what it pays for generics to 35 per cent of the brand name price. Then health minister Kevin Falcon rightly claimed at the time to have saved money for the provincial Pharmacare program, other drug plans and people buying their own drugs.

The deal -- reached through negotiations with the B.C. Pharmacy Association and the Canadian Association of Chain Drug Stores -- reduced the price of generics to 40 per cent of brand name prices starting in July 2011, and to 35 per cent starting in April 2012.

But the government could have gone further then and now they have another chance, said Dix.

"They seem to have wrestled this one to the ceiling," he said. "Essentially, the British Columbia government signed a deal saying we'd pay 40 per cent more for generic drugs than they do in Ontario and Quebec. How does that make sense?

"There's an opportunity to renegotiate and save the taxpayers' money if they so choose," said Dix, who as Opposition leader is often pressed on how he would fund his party's ideas. "When people ask 'where would you find the money?' -- well this is where they're spending the money."

A spokesperson said the Health Ministry may have more to say soon. "These are complex commercial negotiations and we aren't prepared to speak to the specifics of our approach or next steps at this time but expect we'll have more to say in the coming days," Michelle Stewart said in an emailed statement.

"We remain firmly committed to achieving the savings outlined in the original agreement with respect to generic drugs," Stewart said, noting that the government negotiated a significantly lowered price.

There is plenty of room for B.C. to negotiate a better deal, said Michael Law, a pharmaceutical policy researcher with the Centre for Health Services and Policy Research at the University of British Columbia.

"In comparison to what other jurisdictions are getting in terms of prices, B.C. isn't getting the best deal it could," said Law. "Ontario set the bar and nobody's really matched that since.... There's good reason to think generic prices are too high in British Columbia."

The B.C. government will be paying about $50 million a year more for generic drugs than it would if it had negotiated the same price Ontario enjoys, he said. There would also be significant savings for private and union drug plans, he said.

But even at 25 per cent of the brand name price, the Ontario government is paying more than it likely has to for generic drugs, he added. Prices are even lower in other countries, including the United States and New Zealand, he said.

If B.C. was serious about saving money on generic drugs, the government could take competitive bids to see who can provide them at the lowest price. For some common drugs there are 10 or more manufacturers who could compete, he said.

Instead, the government now pays the pharmacies for the drugs, so any competition among suppliers leads to higher profits for the pharmacies, but not lower prices for Pharmacare or consumers, he said.

In 2008, B.C.'s Pharmaceutical Task Force recommended the province work on reducing the amount of money it spends on generic drugs. At the time, the panel's vice-chair, George Morfitt, told The Tyee the main problem appeared to be with the rebates generic companies give to pharmacies to provide one drug instead of another. "Nobody's quite sure how much money is going to whom and for what," he said.