I stopped 27 people on the street Wednesday morning on my way to Tyee headquarters in Vancouver, and asked them how they planned to vote in the HST referendum. 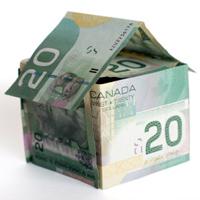 HST Vote Is About Your Money

Rather than try to scientifically predict the outcome of the mail-in referendum, I wanted to gauge the level of voter confusion (or awareness) regarding the ballot question. So I asked the following:

"On the HST ballot you will be given the choice of voting Yes or No. Which box will you check?"

And three blissfully unaware "vote in the what now?" responses.

But my follow-up questions showed these voters for who they really are: super confused.

My tactic utilized what pollsters would call an "unaided" question. In this case, it's when respondents express their opinion before hearing or reading the actual ballot question, and gauging what Ipsos Reid calls "top-of-mind understanding of what a 'Yes' and 'No' vote means."

Eight voters in my quiz said they oppose the HST, but half of them confused the question and said they would vote No on their ballot.

Three people said they supported the HST, but one of them mistakenly provided a Yes answer.

The other two HST supporters were keenly aware of the potential for confusion, one of whom -- a Statistics Canada employee -- laughed and said "I see what's going on here," adding that she wouldn't be tricked so easily.

In total, five out of 11 decided Tyee street quiz voters answered contrary to their intentions.

The rest? Nine of my quiz contestants said they were undecided, four don't plan to vote even though they're eligible, and three of the 27 respondents didn't know about the referendum.

'Almost as bad' as the Quebec question

Some were surprised to learn of the actual wording of the ballot question:

"Are you in favour of extinguishing the HST (Harmonized Sales Tax) and reinstating the PST (Provincial Sales Tax) in conjunction with the GST (Goods and Services Tax)? (Yes/No)"

In other words, a No vote supports the HST and a Yes vote opposes it.

"It's almost as bad as that Quebec sovereignty question," said one transit worker on his way to work, referring to a lengthy, convoluted question posed to Quebecers in 1995.

"I didn't set the question," she told reporters. "It's not the least confusing question they could have come up with."

What the polls are finding

Elections BC began mailing out HST packages Monday, just before a Canada Post lockout. A statement on the Elections BC website reads "there should be no delay in getting the packages to registered voters once Canada Post service resumes."

Voters have some time to learn about the referendum happening, decipher the question and make their decisions. The last day to return a completed ballot is July 22.

But recent (professional) polls suggest that even after reading the actual ballot question, British Columbians may still vote contrary to their intentions

One-in-ten respondents to an Ipsos Reid poll misinterpreted the meaning of a Yes or No vote after having read the question, and seven per cent said they weren't sure how to interpret it.

An earlier Angus Reid poll suggests that 19 per cent of British Columbians who intend to vote Yes believe they are voting in favour of the reduced HST, not a return to the GST/PST system. And when asked if a Yes-side victory would lead to a 10 per cent HST, nearly a third of Yes-voters said they were unsure.

A motion passed last week by the B.C. Liberals ensures the cut will take place if voters decide to keep the tax.

Polls suggest that while British Columbians are confused by the ballot question, they are divided in opinion.

The Angus Reid poll suggests similar results, with slightly more voters in favour of killing the HST. Fifty-six per cent of respondents to that poll said they would vote to 'extinguish' the HST and 44 per cent said they would keep it.

These recent numbers suggest a marked change in voter intention. One year ago, 82 per cent of polled British Columbians said they intended to vote against the HST.

And now The Tyee has its own unscientific findings to add to the mix. What did we learn on the streets of Vancouver? It seems that not everyone knows yet where they come down on the HST. And many of those who do know what they want, aren't totally clear on know how to tell that to the government.